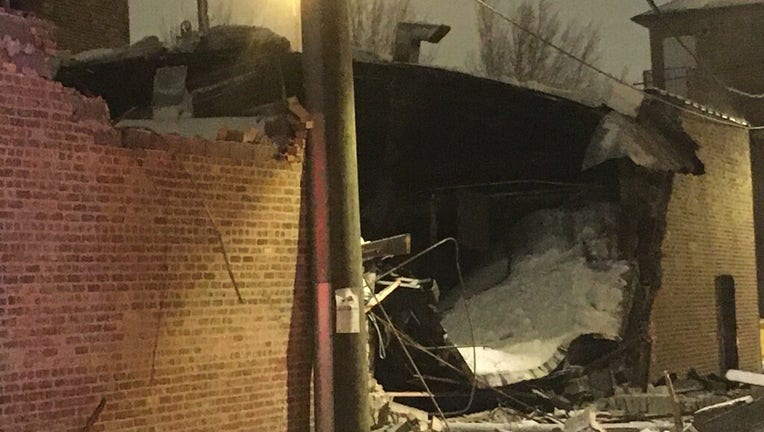 The site of a crumbling building in Bridgeport, Feb. 4, 2021. | Chicago Fire Department

CHICAGO - A vacant building collapsed during a snow storm Thursday evening in Bridgeport.

No was was hurt when the collapse was heard by neighbors about 9:30 p.m. in the 200 block of West 26th Street, according to Chicago police.

The building was a factory or warehouse that had been vacant for three years, police said. The Department of Buildings went to the scene to investigate.

Thursday night, over two inches of snow fell over an already blanketed Chicago in the third winter storm in a month.

After a winter storm earlier this week, a wall of the Aragon Ballroom toppled over in Uptown.