New video shows the moment a pick-up truck driver lost control in the Zoo Interchange, used a snowbank as a ramp off the bridge and fell 70 feet down onto westbound I-94.

WAUWATOSA, Wis. - The Milwaukee County Sheriff's Office released new video of the moment a pick-up truck loses control in the Zoo Interchange, uses a snowbank as a ramp off the bridge and falls 70 feet down onto westbound I-94.

Deputies found the driver conscious and breathing and he's at the hospital receiving treatment.

We've been driving around checking on the status of our interstate ramps.

Some are lined with snowbanks, while others, like where the accident happened, are now clear.

The Wisconsin Department of Transportation just released video of that incident on Saturday in which a pickup truck went off an overpass -- and landed upright below.

This pick-up truck rolls into frame traveling from the east to the south on I-94, colliding with the snowbank and then goes overboard.

Falling 70 feet down, but landing upright on westbound I-94 below.

The Milwaukee County Sheriff's Office says two bystanders were providing medical aid to the driver who was conscious and breathing when deputies arrived.

They say the driver did not appear to be impaired while traffic was backed up for the investigation.

A drive through the Zoo Interchange reveals the county did clear some of that snowbank on the side of the ramp while other freeway areas remain lined with snow. 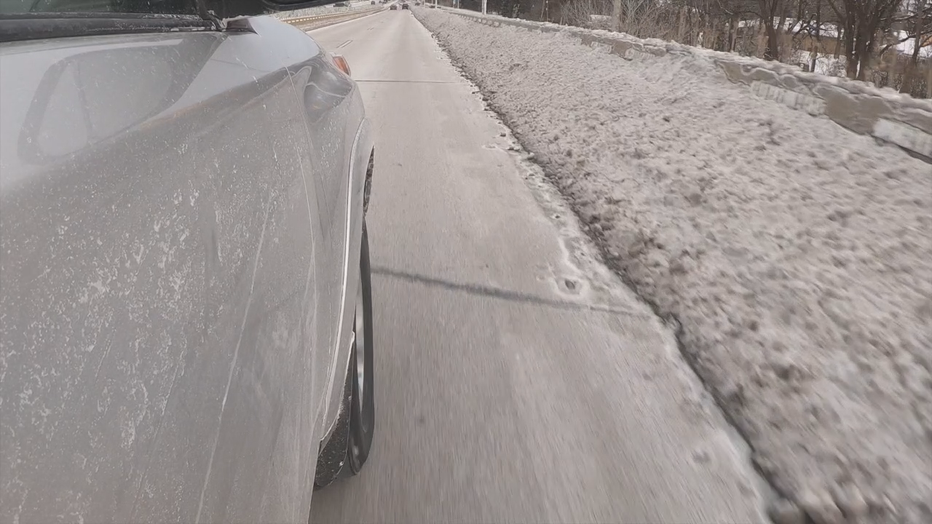 Bridges also posed a problem up in Oshkosh this weekend.

The Wisconsin State Patrol shared pictures of a truck that also left the highway... this time crashing off southbound I-41 and into Lake Butte des Morts. 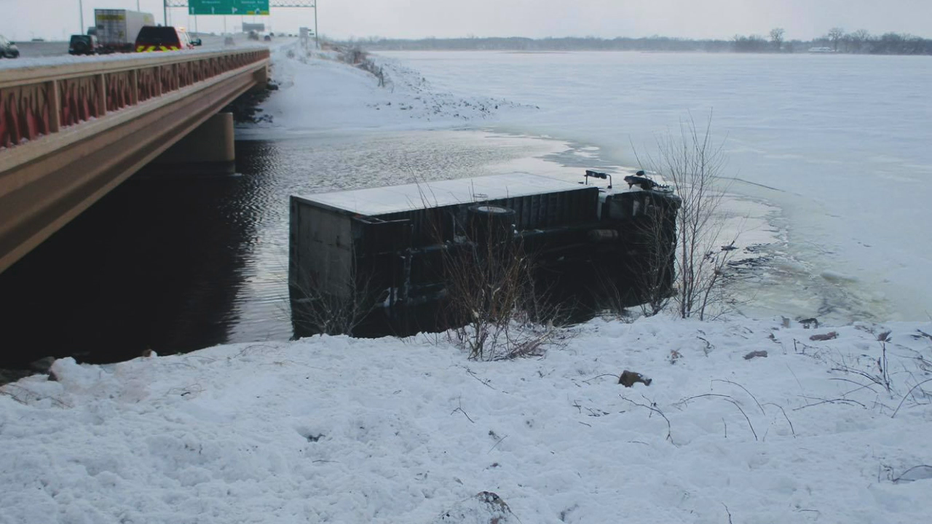 They say the driver was able to get out safely and was treated for minor injuries. 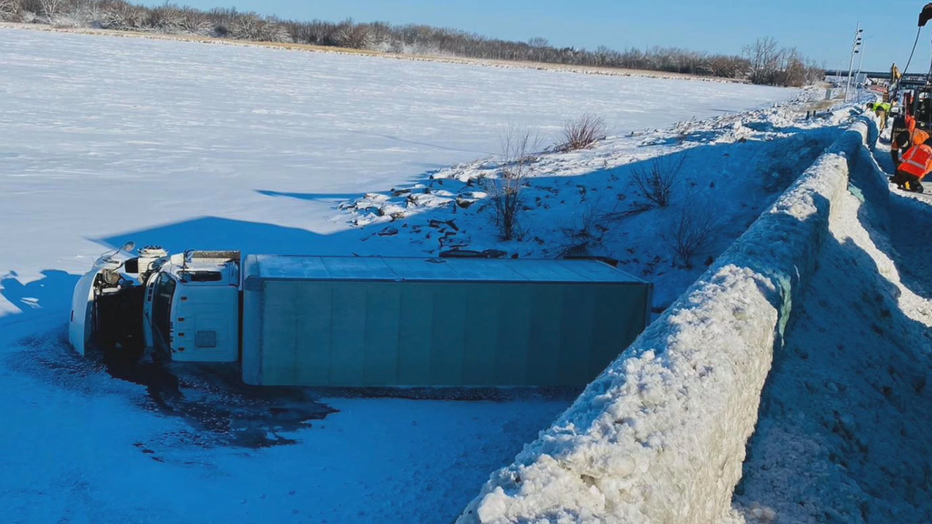 In talking with some plowing experts, it's important to note that clearing bridge ramps like this can be tricky because ultimately, that snow has to go somewhere.

Several say that often means returning after an initial pass to then clear the sides.