A Utah family said their son was followed home by two men in a vehicle, who attempted to lure him into the car with candy.

RIVERTON, Utah - A family in Utah was left shaken after their 10-year-old son was followed by men in a car who attempted to lure him into the vehicle with candy.

Grayden Dowland was making his regular walk home from his basketball coach’s house, located 200 feet away, on Dec. 19 in Riverton when a light-colored sedan with two men inside approached him.

“They said, ‘Hi’ and I started walking faster,” Dowland told FOX 13. “And they said, ‘Get in the backseat, we have some candy.’”

The 10-year-old said the vehicle followed his every step as he walked home around 6:20 p.m., and he ran down the path to his family’s front door.

The family’s doorbell camera captured the scary moment, which shows Dowland approach the front door while keeping his eye on the strangers’ vehicle — which was stopped in front of his neighbor’s house. 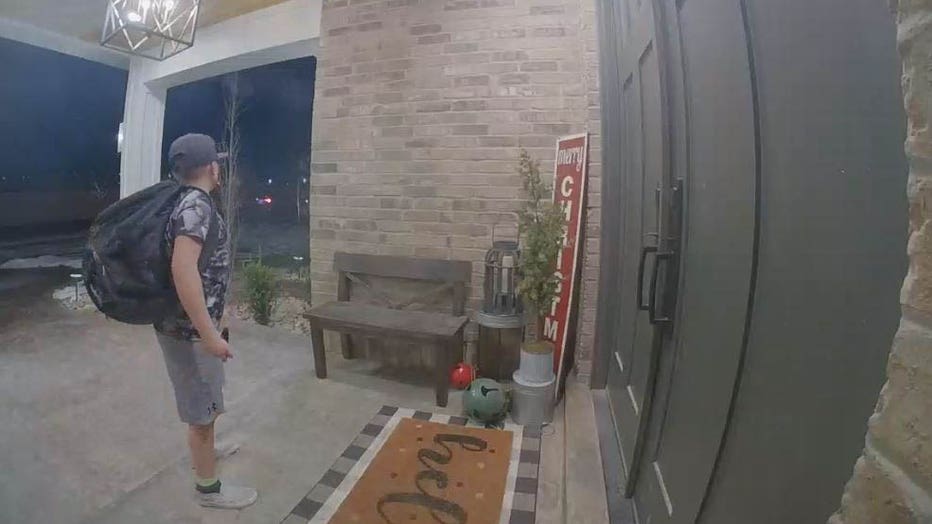 “I peeked my head out and they were literally right in front of that little thing,” Dowland told the station, referring to a small black marker on the edge of his family’s property line.

The front door was locked, and the video shows the vehicle speed in reverse toward his house. At the same time, Dowland runs and grabs rocks from the walkway of his home and can be heard yelling, “Mom! Get away! Get away!”

“I thought I was going to be kidnapped,” Dowland told FOX 13, who then fled to safety at his next door neighbor's house.

“The door was open so I just ran in and I closed the door and I locked it,” he told the station.

The video shows the vehicle pull forward into his other neighbor’s driveway and wait.

“It was really real,” his dad, David Dowland, told FOX 13. “I saw the video and it’s gut-wrenching.”

The family filed a police report with the Riverton Police Department about the men, who were described as two males in their 30s or 40s with no facial hair.

David said they plan to implement a buddy system to ensure none of their kids are ever alone again and will make sure a parent or Grayden’s coach accompanies him home during his regular walks from basketball practice.

“Less than 200 feet. I mean, if kids can’t walk two doors down at six o’clock at night, that’s scary,” David told the station. “[Grayden] was scared to death.”

The boy’s mother posted about the scary incident on Facebook, saying her son did “awesome” and asked for anyone who sees the vehicle to call police.