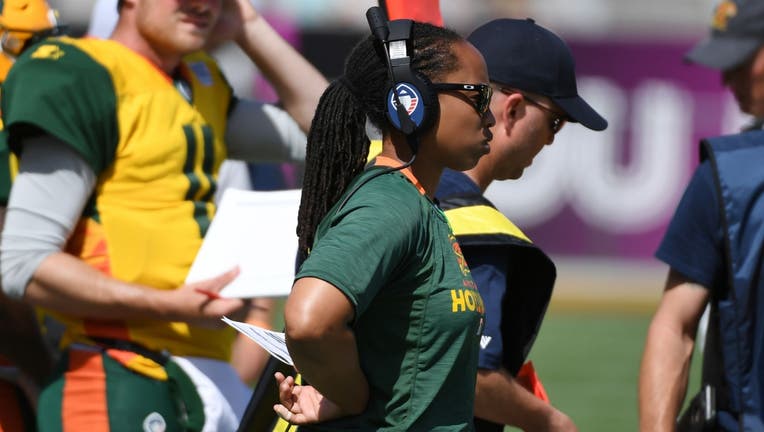 The franchise says it has named Jennifer King the team’s assistant running backs coach – after a year of serving as the team’s coaching intern.

"Coach King is well deserving of the promotion to assistant running backs coach. She came to Washington eager for the opportunity to work as a full-year coaching intern and learn from our staff," said head coach Ron Rivera.

King arrived in the District after a stint with Dartmouth College, where she was an offensive assistant.

Previously, she interned with the Carolina Panthers during the 2018-2019 off-season.

In 2019, she returned to the Panthers in the role of intern running backs coach and worked with the running backs in organized team activities, mandatory mini camp and training camp.

In between, she worked as an assistant wide receiver coach and special teams assistant for the Arizona Hotshots of the Alliance of American Football.