"Public Pool" would transform the Thompson Center atrium into a public waterpark with a hotel above.

CHICAGO - The iconic Thompson Center may be one step closer to becoming something entirely new.

The State of Illinois is trying to get rid of the Thompson Center downtown, and now an architecture contest is showing off ways that the old building could be turned into a new destination for residents and tourists.

"Public Pool" would transform the Thompson Center atrium into a public waterpark with a hotel above. 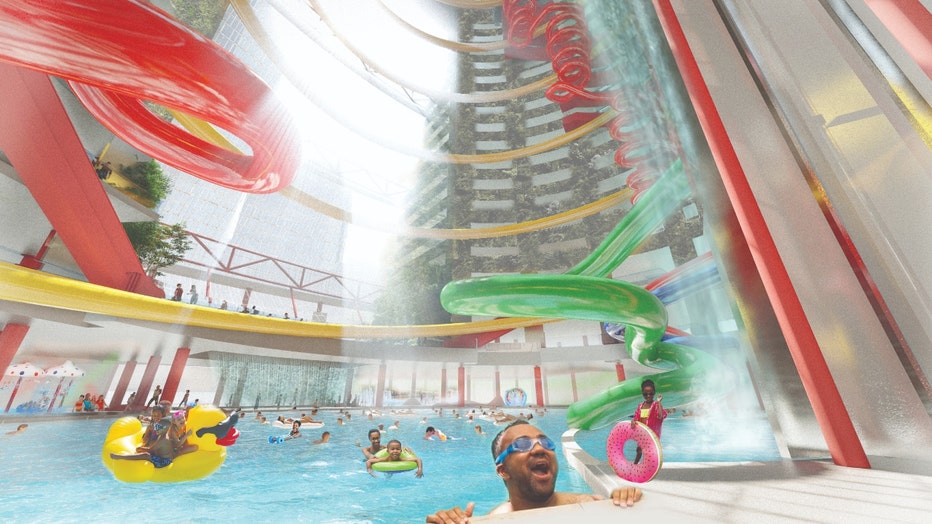 "Offset: The Vertical Loop" recommends the construction of a new thermal enclosure behind the original curtain wall set atop a ground-level public park. The building would include private homes and commercial use, with vegetable gardens on the top. 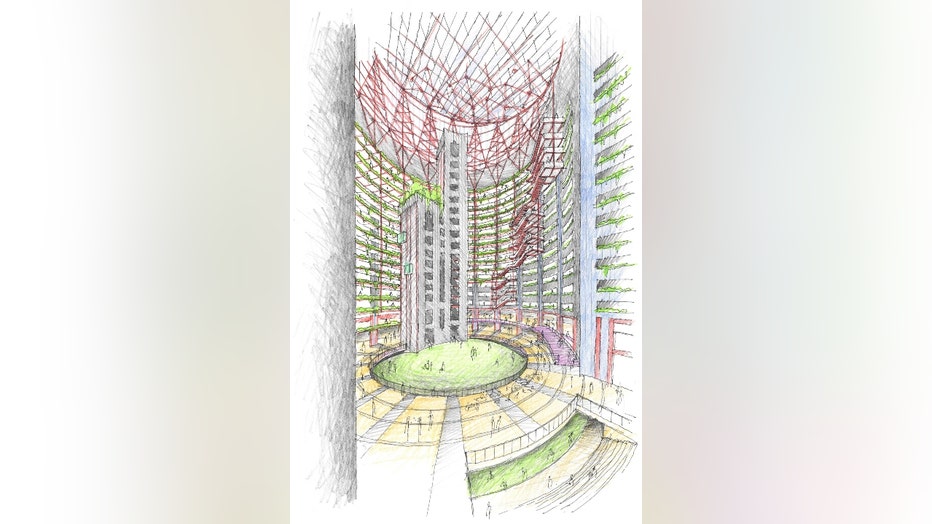 "One Chicago School" would make the building into a new prototype public school focused on public policy and civic engagement for students in Chicago. 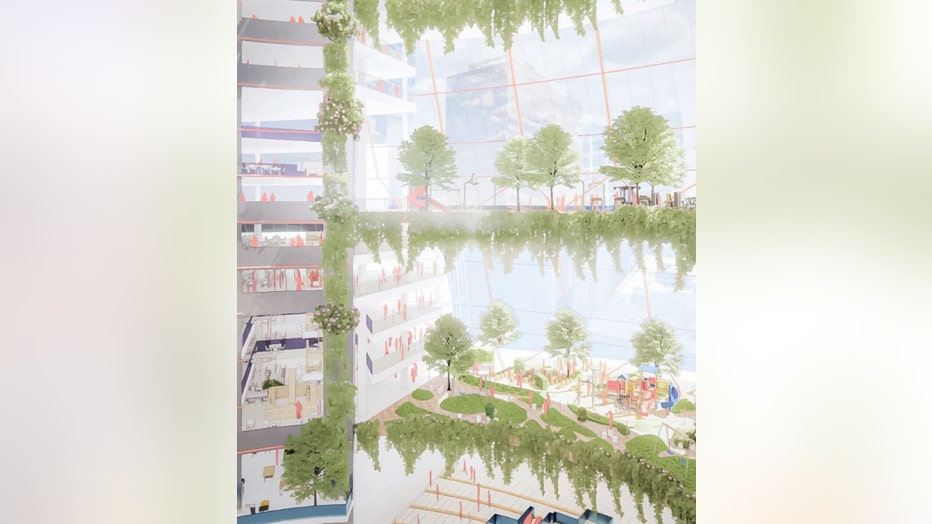 The Thompson Center was designed by legendary architect Helmut Jahn. It was built in 1984 and put up for sale in May.

"Helmut Jahn's design is iconic, and it still has a place in our city," said Bonnie MacDonald, President and CEO of Landmarks Illinois, who also served as a juror in the competition.

"The jury selected them equally. So instead of there being one winner, we wanted each of them to be equal," MacDonald added.

In response to critics who say the Helmut-Jahn-designed building is too expensive to maintain and should be scrapped, MacDonald said, "the design is really spectacular and unique and we can fix the HVAC. We can fix what was engineered in the first place, and these designs really show how that can be done."

This competition was held to get ideas going. There's nothing legally-binding involved.

The Thompson Center is still owned by the State of Illinois. The deadline to sell it is April of 2022.