CHICAGO - The bar staff had a bad feeling.

Milwaukee Avenue, always a busy strip, was clogged with cars and people and was getting noisier and more crowded by the hour.

Finally, just before 3 a.m. Oct. 10, the staff at The Point called police and asked for squad cars to clear the block in front of the Wicker Park club.

When no officers responded, the staff called again at 3:34 a.m., according to phone records provided by the club. Then, they shut down the bar.

"We called, and no one showed up," owner Jun Lin told the Sun-Times. 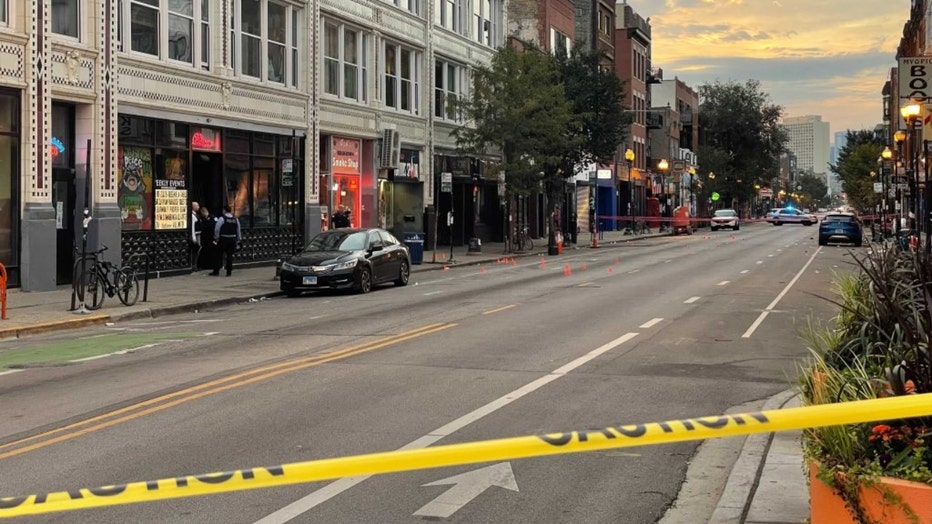 One person was killed and four others wounded in a drive-by shooting Sunday morning on Milwaukee Avenue in Wicker Park. They were among more than 40 people shot over the holiday weekend. (Sophie Sherry/Sun-Times)

The shooting started about 10 minutes later.

As many as four gunmen opened fire as people ran through traffic, ducked behind cars or limped down the street. One person was killed, and four others were wounded.

It was another mass shooting in a year that was already far outpacing each of the last five years, according to a Sun-Times analysis. And it’s one Lin and others believe could have been prevented had police stuck with a plan worked out with the neighborhood.

Following complaints from residents and business owners over the summer, the city instituted an overnight parking ban on weekend nights to discourage unruly crowds.

Lin said it’s an effective plan, but it’s not always carried out.

"Some weekends it was happening, some weekends they weren’t," Lin said. "We were told it is because the resources were being stretched too thin, but it doesn’t change the fact that someone died."

Officers who would have been ticketing and helping to clear those cars had been pulled for another assignment, a carjacking not far away, according to Ald. Daniel La Spata (1st).

La Spata acknowledged the need for greater coordination among police, the Department of Streets and Sanitation, and the Department of Business Affairs and Consumer Protection "to really make sure that this is … a vibrant community with vibrant nightlife that is also safe and healthy."

Fernandos Johnson Jr. was heading out of The Point, 1565 N. Milwaukee Ave., when the shooting began.

He had just finished playing a show at nearby Subterranean and went over to the late-night bar as he had done many times before. After the lights came on and staff began ushering people out the door, Johnson stayed behind, talking with a friend until security told them they had to leave.

He was nearing the front door when he heard someone fire off four or five shots.

"I ducked behind the wall," Johnson said. "You hear people screaming, running around the club … It was a wild couple of minutes."

Surveillance video shows a guard guiding people back inside the building, where they ducked down and hid or rushed out the back exit. One staff member is seen helping a wounded woman inside, as another works to apply a tourniquet to her leg.

"It was a war zone," Lin said. "Everybody was shooting everybody."

The Chicago Police Department later released a statement saying the shooting followed "an altercation inside the bar," but Lin said the only "altercation" police could be referring to took place a few minutes before the bar shut down, Lin said.

Footage shows two men stepping close to each other as a woman steps in between. A crowd begins to form but dissipates about 30 seconds later. A security guard comes over, and later the two men are seen hugging and smiling.

Lin said his bar had already decided to close before the exchange because of the large crowds outside. Minutes later, lights go on in the venue, and patrons begin to exit.

The club’s security cameras catch a man in a ski mask standing near a car outside and firing a gun, apparently shooting back at someone across the street. Police say in all, four men were involved in the shootout.

The first shots were fired by Raymond R. Jones at a group of people outside the club, according to police. Someone from the group returned fire, striking the 32-year-old Jones in the chest as he fell between two parked cars.

Twenty seconds after the first round of shots, Teanius Sykes entered the car of his girlfriend, a security guard, and took her handgun from the glovebox, police say. Sykes was captured on surveillance video shooting into the crowd by The Point. Someone from the crowd again returned fire, prosecutors have said. 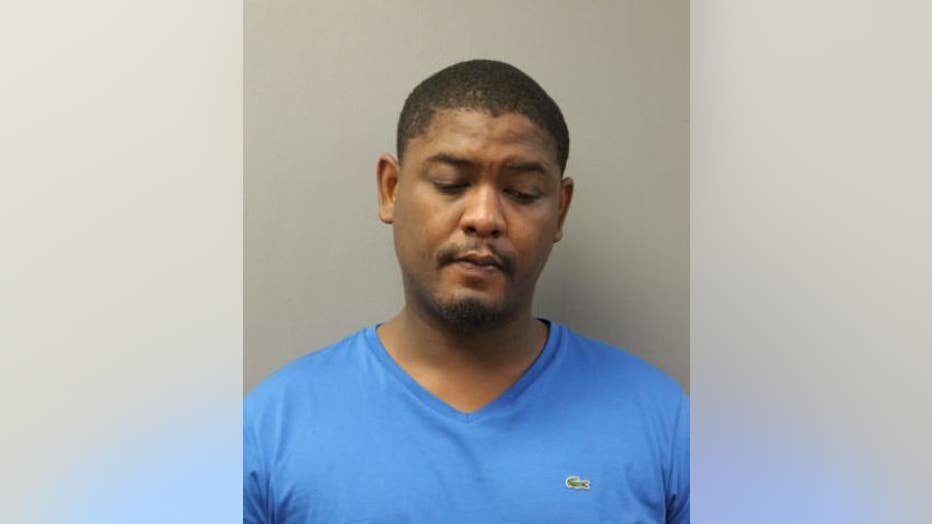 A woman walking nearby was shot in her shoulder as she ran for cover. One of two people who got out of a car when the shooting started was hit in the leg, prosecutors said. Two others were wounded before the shooting ended before police arrived.

Lin said his head of security performed CPR on Jones, but he died. The other four survived. So far this year in Chicago, nearly 300 people have suffered gunshot wounds in mass shootings; that’s more than all of last year and more than double 2019’s toll.

"As a business owner, what more can I do?" Lin asked. "Other than fold up and go away. But I have 40 employees I am responsible for … I have my life savings in these businesses."

Lin believes the solution is very simple: Tow the cars and station squad cars on the ends of the block during weekend overnight hours.

The weekend after the shooting, police and city agencies showed up to enforce the parking ban in the 1500 block of North Milwaukee Avenue and shut down an "illegal party," according to La Spata.

Lin was pleased with the police presence but hopes the police will be more consistent with its enforcement.

"We’ve had two meetings with the police so far," he said. "We’re told that at a minimum they’ll be ticketing and towing the cars off the street."