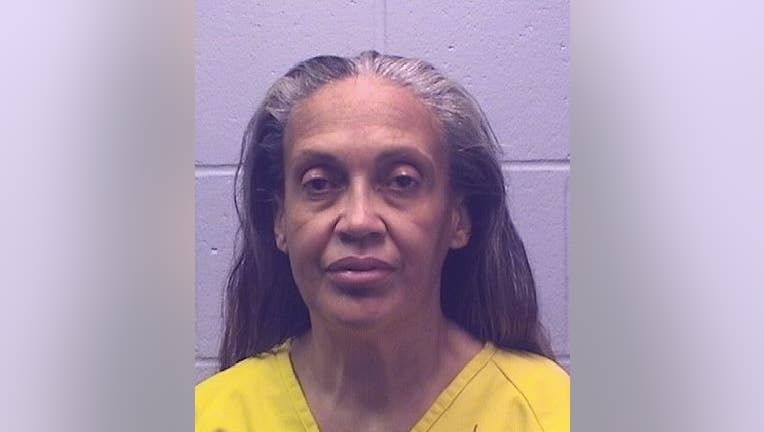 Lissette Ortiz was sentenced to 10 years in prison on Oct. 19 for soliciting a kidnapping with a firearm. | IDOC

CHICAGO - A woman who prosecutors once accused of plotting to hire a hitman to kill a romantic rival she believed was dating a Chicago police officer assigned to Mayor Lori Lightfoot’s security detail has been sentenced to 10 years in prison after she pleaded guilty last week to a lesser charge.

Lissette Ortiz, 56, pleaded guilty on Oct. 19 to soliciting a kidnapping in a deal with Cook County prosecutors that saw four other counts against Ortiz dropped, including a charge of solicitation of a murder for hire, court records show.

Judge James Linn sentenced Ortiz the same day to 10 years in prison and gave her credit for 697 days in custody while Ortiz was jailed, according to the clerk’s office.

State prison records show Ortiz will be eligible for parole in November 2024.

Ortiz, of Jefferson Park, was arrested in November 2019 after she unknowingly hired an undercover Chicago police officer to kill a woman she thought was romantically involved with her ex-girlfriend — an officer assigned to Mayor Lori Lightfoot’s security detail, prosecutors said at Ortiz’s initial hearing in the case.

Ortiz’s relationship with Washington ended when Ortiz accused Washington of abusing her, the Sun-Times previously reported. Washington was acquitted of a misdemeanor domestic battery charge stemming from those allegations.

Ortiz had first sought help from her apartment building’s handyman to kill the woman for $5,000, or to recommend someone who could do the job instead, according to prosecutors and an assistant public defender.

The handyman went to police and put Ortiz in touch with the undercover officer, prosecutors said.

Ortiz said she wanted the woman to know she "was responsible for these events prior to the murder," and said she preferred the woman to "still be alive at the time of the car fire," Costello said at the hearing

Ortiz also asked for the deed to be done before Thanksgiving that year because she didn’t want the woman to celebrate the holiday at the home she previously shared with Washington, Costello said.