CHICAGO (FOX 32 News) - A Yorkville woman says a photo that's gone viral that shows her appearing to give the Nazi salute outside of Donald Trump's canceled rally in Chicago is being taken out of context.

The woman, who identified herself as Birgitt Peterson, spoke to the New York Times Saturday about the gesture. Peterson, 69, told the newspaper she attended the rally with her husband Donald out of curiosity.

"The Republican Party needs to be broken up," Peterson told the newspaper," and I believe Donald Trump is the one to do it."

After Trump canceled the rally due to security concerns, Peterson said she found herself surrounded by angry protesters.

Peterson said one of those protesters held a sign that allegedly compared Trump to Nazi leader Adolf Hitler. Peterson said she took offense to the signage.

"They said Trump is a second Hitler," Peterson told the Times. "I said do you know what that sign stands for?" Peterson said she accused the sign holder of not knowing who the Nazi leader really was which is when she demonstrated the Nazi salute.

"These young ladies were calling her a Nazi," her husband Donald told FOX 32. "And she said if you want to know about and you want to do the salute, here's the right way to do it. And she did the salute."

Peterson said she emigrated from West Berlin in 1946 and has been a U.S. citizen since 1982.

The Peterson's son, Darin, took to his parents defense on Facebook Monday.

"This one picture of my mom has been seen by millions across the nation and the world," Darin said. "She has been called everything you can think of. Mostly bad, some good and some have no clue what to think about it. This one tenth of a second caught by the click of a camera has gone viral. It is proof to me that the Internet is a crazy tool that can harm many many people."

"Most will never know the true story behind this picture. They will make up a story that best fits their perception of my mother and my father. They will make uneducated decisions and never take the time to learn about what happened." 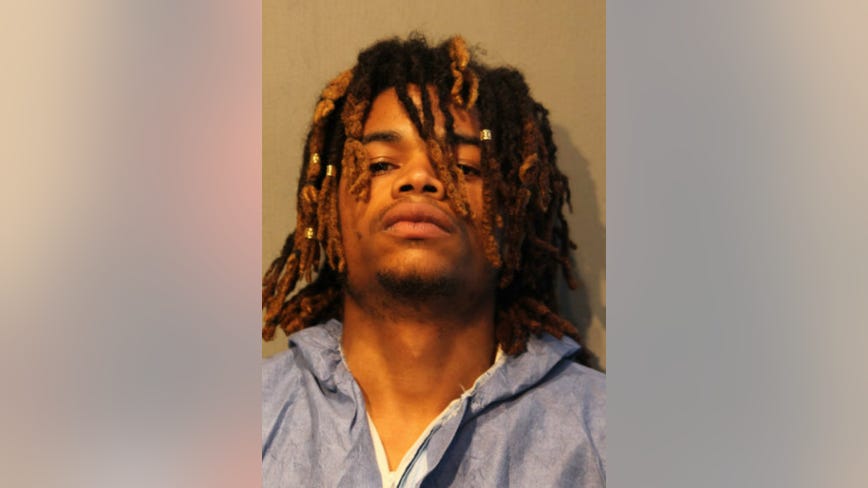