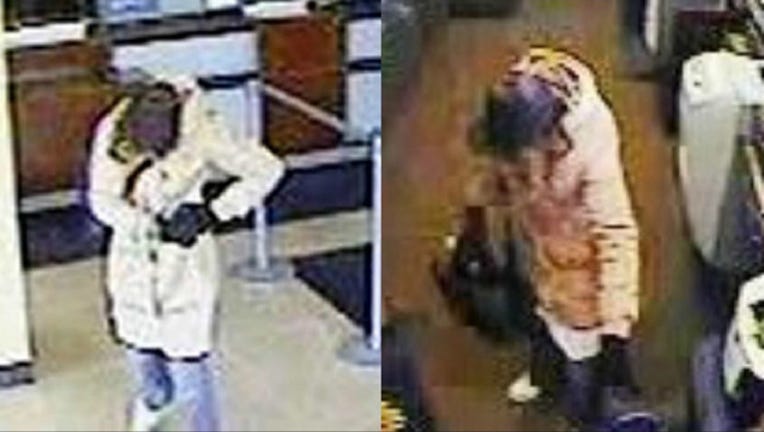 Surveillance photo of the suspect who held up a North Side bank at gunpoint Thursday morning. | FBI

CHICAGO (Sun-Times Media Wire) - A woman wearing a nightgown and carrying a gun held up a bank Thursday morning on the border of the Uptown and Lake View neighborhoods on the North Side.

The suspect was described as a black woman in her 20s or 30s, 5-foot-4 to 5-foot-6 and 120-140 pounds with a small build, according to the FBI. She was wearing a tan winter coat, floral nightgown, black gloves, blue jeans and white shoes.

She showed a firearm, according to the FBI, and should be considered armed and dangerous. She was not in custody.