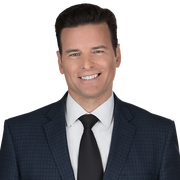 Schneider comes to FOX 32 from FOX affiliate WXIX in Cincinnati, Ohio where he served as anchor and reporter of the 6:30 p.m. and 10 p.m. newscasts.

Prior to joining WXIX, Schneider spent more than a decade serving as anchor/producer/reporter at WFMJ-TV in Youngstown, Ohio and also worked in West Virginia where he anchored the evening news at WDTV in Clarksburg.

"It's been my pleasure to meet with newsmakers, politicians, and celebrities and yet my most memorable assignments have been those individuals who have demonstrated courage in the face of adversity," he said.

A southern California native, Schneider grew up in Los Angeles and holds a Bachelor of Science degree from Cal Poly Pomona.