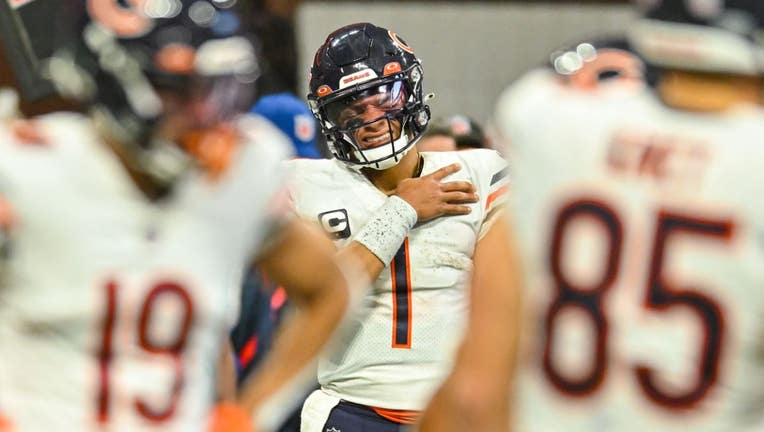 EAST RUTHERFORD, N.J. - Justin Fields was ruled out and Trevor Siemian was prepared to step in as the Chicago Bears' starting quarterback.

Until something went wrong early in warmups.

Siemian strained his oblique before the Bears' 31-10 loss to the New York Jets on Sunday. And then Chicago announced Nathan Peterman, just elevated Saturday from the practice squad, would get the start.

But then Siemian gritted through his oblique injury and threw on the sideline, along with Peterman. 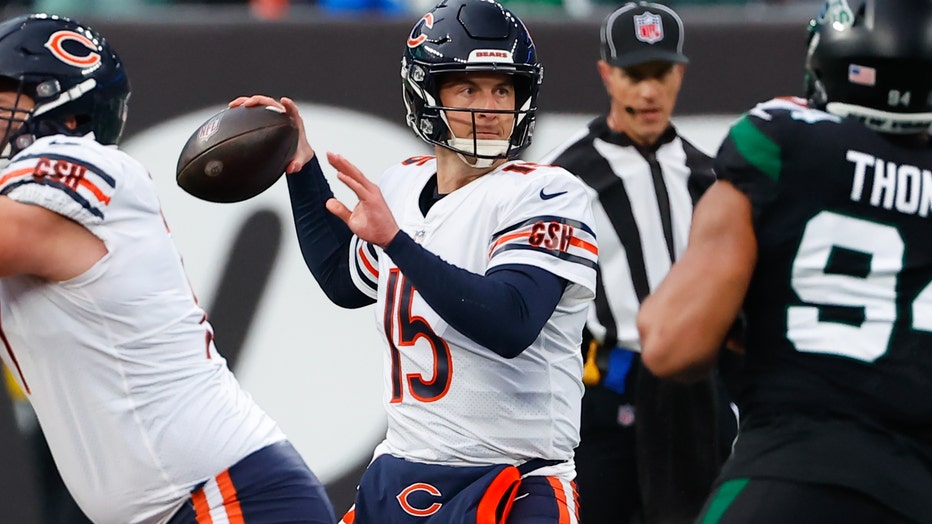 EAST RUTHERFORD, NJ - NOVEMBER 27: Chicago Bears quarterback Trevor Siemian (15) drops back to pass during the first quarter of the National Football League game between the New York Jets and the Chicago Bears on November 27, 2022 at MetLife Stadium

And he got the start, after all.

"When you're a passer, that's obviously a big issue to throw the ball down the field," coach Matt Eberflus said of Siemian's injury. "He came in and got some medication, thought it was going to be OK. He went through pregame warmup, he came back in and felt he was OK.

"And Nate was ready to go the whole time."

Siemian acknowledged the injury bothered him a bit during the game, and he finished 14 of 25 for 179 yards with one touchdown and an interception. He was also sacked twice.

"Honestly, I'm more embarrassed to get an injury," he said after his first start since last season while with New Orleans. "You've got guys in there in Week 12 or 13 going through hell. And I had a non-contact thing show up."

Either way, the Bears clearly missed Fields, who sat out with an injured left shoulder and watch the Jets' defense tee off on Siemian and the offense.

"We think that he's getting better, every single day," Eberflus said. "At game time today, he wasn't ready to perform and protect himself. We'll see how it goes. I think we'll leave it day to day."

The Bears (3-9) could certainly use him, especially after losing their fifth straight. Chicago heads home to host Aaron Rodgers and the Green Bay Packers next Sunday, but likely won't know if they'll have Fields under center until later in the week.

"If he keeps progressing," Eberflus said, "he has an opportunity to do so."

Fields, who's having a productive second NFL season, injured his non-throwing shoulder in Chicago's 27-24 loss to Atlanta last Sunday. After being listed as questionable on the team's final injury report Friday, Fields made the trip with the team to New York and threw lightly on the field at MetLife Stadium. But Chicago officially ruled him out 90 minutes before kickoff.

"We went with the medical staff and we decided it was in the best interests of Justin, and also for the Chicago Bears, that he was inactive today," Eberflus said. "It comes down to one thing: It's strength. He didn't have the strength to protect himself in the game properly and to perform the way he wanted to perform.

"So that was really the gist of that right there."

Fields said earlier this week his injury is a shoulder separation with ligament damage within the AC joint. While it's his non-throwing shoulder, he was experiencing some pain on his follow-through when he threw.

Entering this week, Fields ranked fifth in the NFL in rushing with 834 yards to lead all quarterbacks. He has run for seven touchdowns this season, including six in his last five games. He also joined Arizona's Kyler Murray as the only QBs in the Super Bowl era with both a passing and rushing touchdown in five straight games.

With Siemian leading the offense Sunday, the Bears gained just 292 total yards and went 4 of 13 on third down. But they got off to a solid start with Chicago scoring 10 points on its first two possessions.

"The first half, I thought we started out well," Eberflus said. "Trevor came in there, was our starter and did a nice job. We ended up scoring on our first two series, which was excellent."

But the Bears couldn't manage much else on offense after that.

"I told the guys in the locker room, we're better than that, that we've got to perform better in the second half -- and that's all phases."