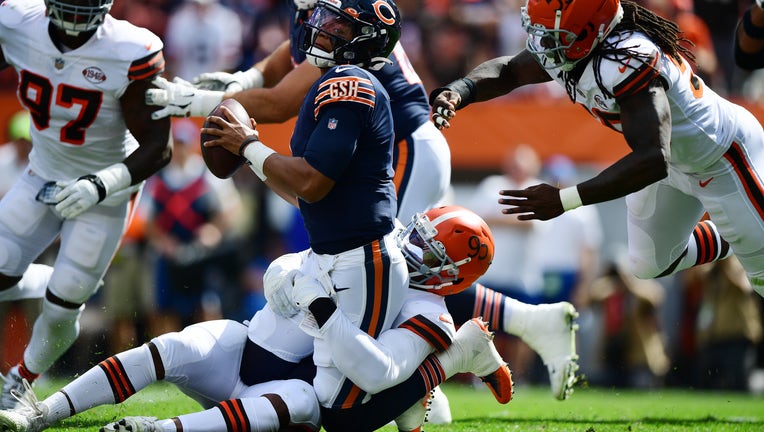 Justin Fields #1 of the Chicago Bears is sacked during the second quarter in the game against the Cleveland Browns at FirstEnergy Stadium on September 26, 2021 in Cleveland, Ohio. (Photo by Emilee Chinn/Getty Images)

CHICAGO - Myles Garrett recorded a franchise record 4 1/2 sacks on Justin Fields and Cleveland brought down Chicago's rookie quarterback nine times while harassing him throughout his first NFL start as the Browns thumped the Bears 26-6.

Garrett had a field day against Fields, who was thrust into the lineup after veteran Andy Dalton injured his knee last week.

The Browns didn't cut the former Ohio State star any slack, and their defense, which had been criticized for its performances in the first two games, got it together at Fields' expense. Chicago's offense gained just 47 yards and converted only six first downs.