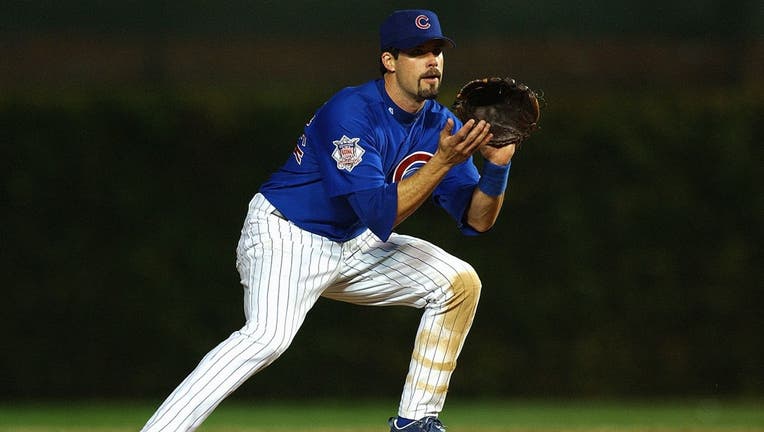 Second baseman Mark Grudzielanek of the Chicago Cubs waits for the ball at second base during game one of the National League Championship Series against the Florida Marlins on October 7, 2003 at Wrigley Field in Chicago, Illinois. (Jonathan Daniel/Getty Images)

The alleged incident is said to have taken place in Scottsdale, Ariz., on March 26 at around 10:30 p.m. While the details of the event are unclear, sources close to the case told the outlet it stems from an alleged physical altercation.

Grudzielanek was drafted by the New York Mets in 1989 but didn’t sign with the team. He made his MLB debut in 1995 with the Montreal Expos. He would also play for the Los Angeles Dodgers, Chicago Cubs, St. Louis Cardinals, Kansas City Royals, and Cleveland Indians across 15 seasons.

He was awarded the Gold Glove Award in 2006 as a second baseman for the Royals and posted a .289 batting average in 1,802 professional games.