CHICAGO - It looks like Chicago Bears fans may be getting some good news about watching their team in-person.

The best chance to see new quarterback Justin Fields will be during the preseason and according to NFL.com, the NFL told owners nearly every team, including the Bears, will be able to allow full capacity for preseason games.

Soldier Field can hold over 61,000 for football and according to the league, all the seats can be sold for the games August 14th vs. the Miami Dolphins and August 21st vs. Mitchell Trubisky and the Buffalo Bills.

This news also bolds well for full capacity at Soldier Field being allowed during the regular season.

In addition, the NFL said most training camps will open July 31st and the league gave the green light for fans to attend training camps. Remember, the Bears will no longer train in Bourbonnais. Instead, they will have camp at Halas Hall in Lake Forest. 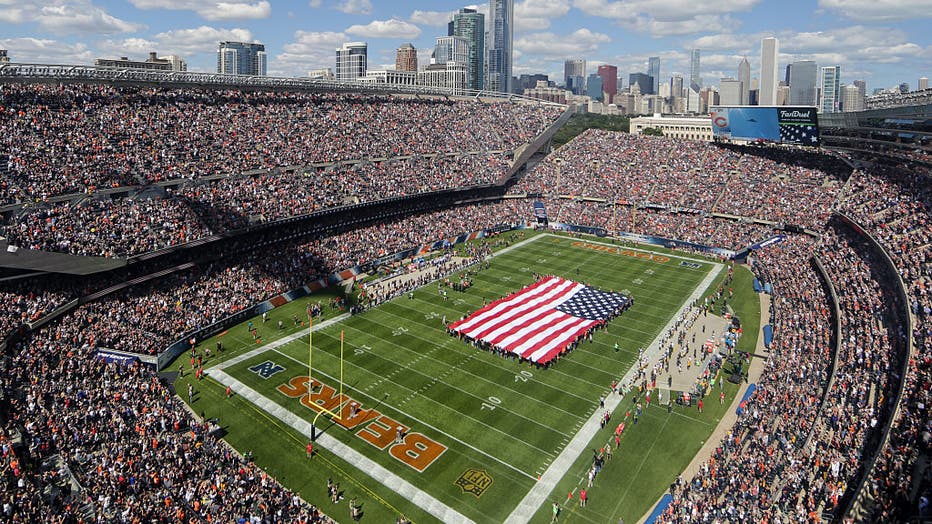 CHICAGO, IL - SEPTEMBER 13: The national anthem is sung as a stealth bomber flies overhead during the pre-game ceremonies of the game between the Chicago Bears and the Green Bay Packers at Soldier Field on September 13, 2015 in Chicago, Illinois. (Ph