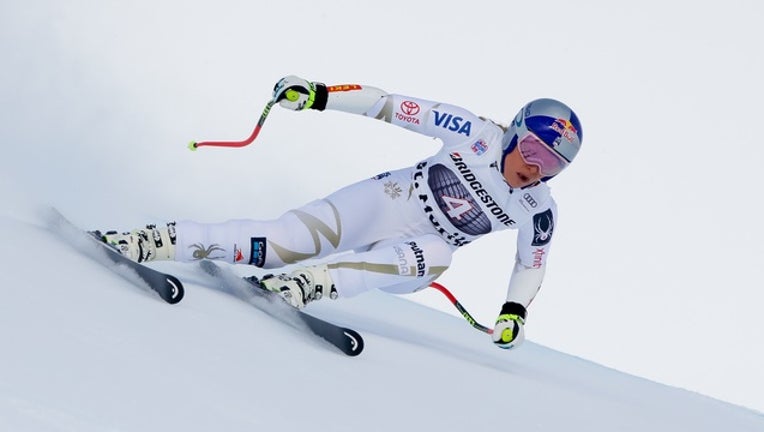 After injuring her back in a World Cup race, Lindsey Vonn withdrew from another scheduled super-G. (Photo by Christophe Pallot/Agence Zoom/Getty Images)

ST. MORITZ, Switzerland (AP) - After injuring her back in a World Cup race, Lindsey Vonn withdrew from another scheduled super-G on Sunday before the race was canceled due to fog.

"Unfortunately I will not be able to race today," Vonn wrote on her Twitter account 45 minutes before the original scheduled start.

"I am extremely disappointed but my biggest goal this season is the Olympics," said the American star, who won the downhill title at the 2010 Vancouver Games but missed the 2014 Sochi Games due to injury.

Vonn jarred her back Saturday early in a World Cup super-G on the same St. Moritz course, and completed the race in obvious pain in 24th place.

Late Saturday on Twitter, she described the injury as "an acute facet (spinal joint) dysfunction," though she had not had an MRI.

Vonn added Sunday: "I need to take care of myself now so I can be ready for next week, and more importantly, for February."

The Pyeongchang Olympics in South Korea are staged Feb. 9-25.

Fog and strong winds high on the mountain had already forced race organizers Sunday to shorten the scheduled race and use a lower start gate.

The super-G was intended to be a stand-alone race and also double up as the first leg of a combined event with an afternoon slalom run. The combined was also canceled.