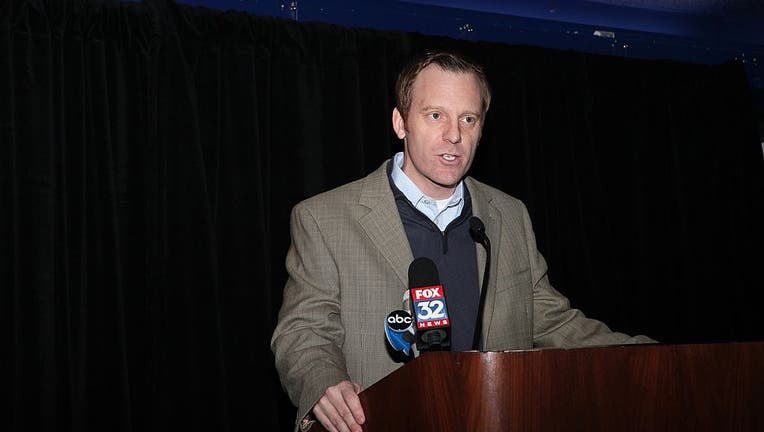 CHICAGO - Len Kasper, the longtime TV play-by-play broadcaster for the Chicago Cubs, is joining the radio booth of the crosstown White Sox.

Kasper, who spent 16 seasons on the North Side, will call games alongside former major leaguer Darrin Jackson. He replaces Andy Masur, who took over after longtime announcer Ed Farmer died in April. Kasper also will work 20 to 25 games as a member of the TV broadcast team.

A Michigan native, Kasper cited the childhood influence of the late Ernie Harwell in making the move, as well as a desire to call a World Series.

“Ernie was the hero who became a mentor and a good friend. ... I wanted to paint the picture of the great game of baseball on the radio like he did for me growing up,” an emotional Kasper said Friday. “I want to call postseason games. I want to be behind the microphone to call a World Series. My career took some amazing twists and turns. I missed that exit on the highway.”

Kasper had an up-close view in 2016 as the Cubs marched toward their first World Series championship since 1908. They’ve made the playoffs five of the past six years, but haven’t won a postseason series since 2017. The Cubs are also in transition, with Theo Epstein recently stepping down as president of baseball operations and general manager Jed Hoyer promoted to replace him.

The White Sox, led by AL MVP José Abreu and young stars like Tim Anderson and ace Lucas Giolito, made the playoffs for the first time since 2008 and ended a string of seven losing seasons with a 35-25 record. They then let former manager Rick Renteria go in what the team said was a mutual decision and replaced him with Hall of Famer Tony La Russa.