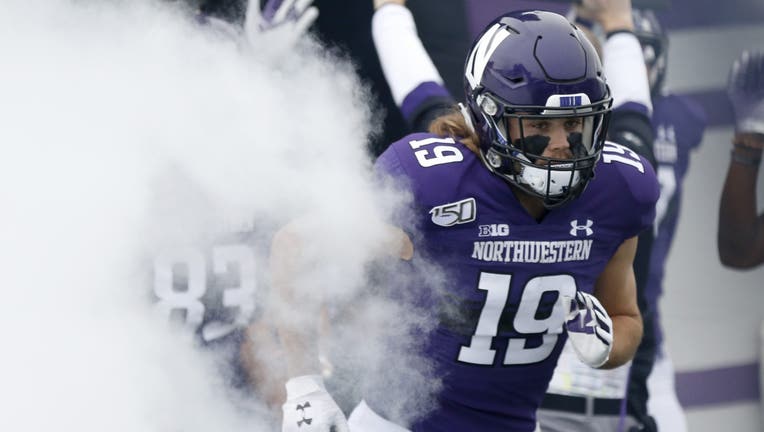 EVANSTON, Ill. - As bad as things are going for Northwestern, coach Pat Fitzgerald is sure of this. The Wildcats will get back to winning.

He hopes to use the final stretch as a springboard and snap a six-game losing streak when they host Purdue on Saturday.

"I have 1 million percent confidence we'll get back on the winning track," Fitzgerald said, citing the team's work ethic in practice and in the classroom. "We'll get this thing turned around. I've got a track record of winning football games here, kicking (butt) and taking names."

With a 97-77 record in 14 seasons, Fitzgerald has nearly twice as many victories as any other Northwestern coach. Pappy Waldorf is second with 49 from 1935 to 1946. Fitzgerald has led the Wildcats (1-7, 0-6 Big Ten) to nine bowl games, winning four, and a spot in the Big Ten championship last season.

What he hasn't done is endure many seasons like this.

The six-game slide since beating UNLV in September is Northwestern's longest since dropping seven in a row in 2013. The Wildcats have seven losses for the first time since going 5-7 for the second straight year in 2014. They haven't lost eight in a season since going 4-8 in 2006, Fitzgerald's first season following the unexpected death of Randy Walker.

The last time Northwestern finished winless in conference play? That was in 1998, when the Wildcats dropped all eight Big Ten games in going 3-9 in Gary Barnett's final season.

The next three games are at home, with Massachusetts and No. 13 Minnesota coming to Ryan Field before the finale at Illinois. And Fitzgerald hopes to start building something for next season.

Purdue (3-6, 2-4) needs to win its final three games to become bowl-eligible. The Boilermakers beat Nebraska last week after losing to Iowa and Illinois, and they have a second off week coming up before closing out against No. 16 Wisconsin and Indiana.

Northwestern continues to rank among the worst in the nation on offense -- 128th of 130 teams overall and dead last in scoring. The last time the Wildcats scored a touchdown was in a 13-10 loss at Nebraska on Oct. 5. And in the three games since then, they've been shredded a combined 106-6 by Ohio State, Iowa and Indiana. Quarterback Aidan Smith got benched last week against the Hoosiers after a slow start. Hunter Johnson replaced him early in the second quarter and completed 7 of 17 passes for 65 yards before leaving with what appeared to be an injured right leg.

On Saturday, Aidan O'Connell will become the third quarterback to start for the Boilermakers this season. Elijah Sindelar, the opening-day starter, hasn't played since breaking his left collarbone against Minnesota on Sept. 28. And in Saturday's victory over Nebraska, redshirt freshman Jack Plummer broke his right ankle. Plummer is expected to miss the rest of the season and Sindelar's return is unlikely.

So Purdue will rely on O'Connell, a former walk-on, to lead the Boilermakers to three more wins and bowl-eligibility. The top priority, though, will be keeping him healthy.

The Boilermakers defense has improved steadily this despite also being short-handed. But it may be coming off its best performance of the season. A week ago, Nebraska had short fields four times -- after two interceptions, a blocked punt and a partially blocked punt. Still, Purdue only gave up three points on the four drives.

"I think just playing hard was the best thing we did," Brohm said. "But they kept us in the game early and the one turnover we got was crucial."

While Northwestern's defense has performed better than the offense, one area the Wildcats are struggling in is creating turnovers. They rank 125th in turnover margin at minus-10 and have just eight takeaways.

Purdue has claimed three of the last four Big Ten freshman of the week awards. Receiver David Bell won in consecutive weeks in October and on Monday, running back King Doerue captured the honor after producing 102 total yards and scoring on a TD run and TD catch. And with O'Connell starting, the Boilermakers may continue to lean hard on Doerue.

"He has made some big plays for us. If you give him some space, he'll run hard," Brohm said. "That's what he's got to continue to do, making sure he trusts the hole, trusting there's going to be one. If not, occasionally you have to ram it up in there."