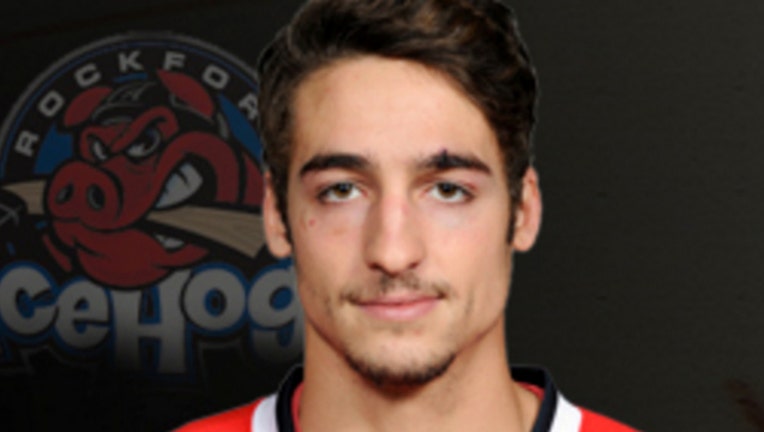 Garret E. Ross, a 23-year-old left wing for the AHL’s Rockford IceHogs, had faced one felony count of nonconsensual dissemination of a sexual image, according to the DeKalb County state’s attorney’s office.

Charges were dropped Tuesday after investigators found out the alleged incident happened while Ross was in Michigan, though it wasn’t immediately clear exactly where, prosecutors said.

It was not known whether authorities in Michigan would pursue charges.

Ross, who was suspended from the team last week, was born in Dearborn Heights, Michigan, according to his biography on the Blackhawks website.

The team issued a statement last Wednesday after charges were announced.

“On Saturday afternoon, March 19, 2016, the Chicago Blackhawks and Rockford IceHogs learned of a legal proceeding against IceHogs player Garret Ross. At that time, we excused Garret from team activities pending our preliminary review of the matter. After further review, we have determined to suspend Garret indefinitely pending the outcome of the legal process. Because this is a pending legal proceeding, we will have no further comment at this time.”

Ross was a fifth-round draft pick by the Blackhawks in 2012. He played in 59 games for the IceHogs this season and was the team’s rookie of the year in 2014.