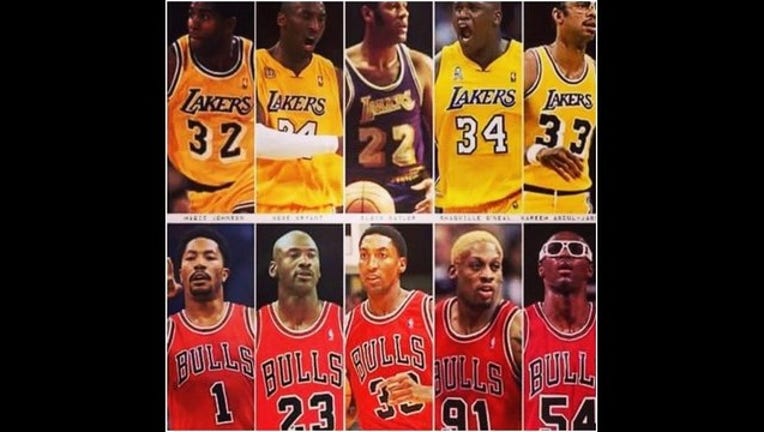 The 1995-96 Chicago Bulls team, having gone 72-10, is no doubt the greatest single-season team in NBA history.

But as for which NBA franchise’s team is the all-time best, that has yet to be determined.

On Sunday, Shaquille O'Neal posted on Instagram that the best of the Lakers – who would be Shaq, Kobe Bryant, Elgin Baylor, Magic Johnson and Kareem Abdul-Jabbar – would beat the best of the Bulls – Michael Jordan, Scottie Pippen, Dennis Rodman, Horace Grant and Derrick Rose – by 50 points.

So even with Jordan, Shaq is saying the Bulls don’t stand a chance!

Scottie Pippen responded by posting a picture of Jordan and himself on Instagram that said “Sorry @shaq but I don't get caught up in hypotheticals. All I know is we won 6 titles, twice the amount you claimed while in LA...”

So, who would win? Best of the Lakers or best of the Bulls? Share your thoughts on our Facebook page!