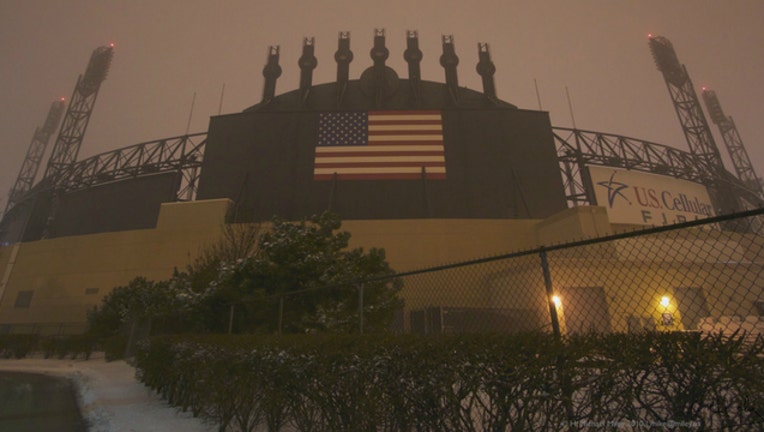 CHICAGO (SUN TIMES MEDIA WIRE) - A fire in a warehouse at U.S. Cellular should not affect the White Sox opener, according to the team.

Chicago Police Bomb and Arson Unit detectives are investigating the early morning fire at the ballpark that left a firefighter injured.

The fire was reported about 2:25 a.m. in a first-floor kitchen or office of the stadium at 333 W. 35th St., according to Fire Media Affairs. It was out shortly after 3 a.m.

“The sprinkler system contained the fire to that area, and the Chicago Fire Department arrived to completely extinguish the fire,” she said.

The fire should have no effect on opening day plans, the team said.

“Cleanup is well under way,” spokesman Scott Reifert said. “Since this fire incident happened in a non-public part of the ballpark, it will not have any effect on today’s game or our fans’ experience. We are ready for baseball.”

The firefighter was taken to Mercy Hospital and Medical Center with injuries that were not thought to be life-threatening, according to Fire Media.

Police and fire officials are investigating, and Reifert said the team has not been notified of a possible cause.

The White Sox are scheduled to play their home opener Friday afternoon.

“Plans for the game today are moving ahead as scheduled,” Quinn said.