CHICAGO - We wrapped up a warm but relatively dry June yesterday.

Overall the month was 1.6 degrees above average. Our high on Thursday hit 92 degrees to make it the seventh time this month we had a high of 90 degrees or warmer. We typically see four 90 degree days during the month.

While there was plenty of heat in July, rainfall was lacking. We saw 2.66 inches of rain at O'Hare compared to an average of 4.10 inches for the month. That means we were down about 35% below average for precipitation. 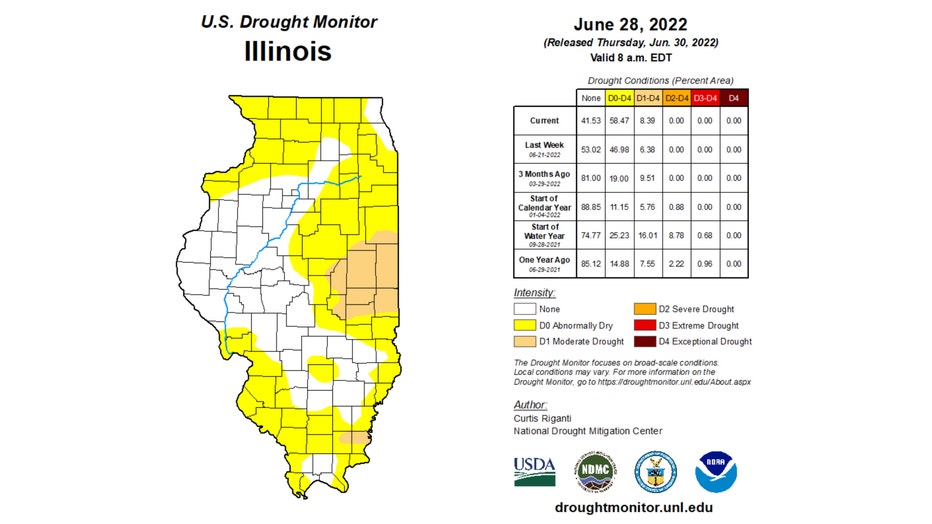 The forecast for July seems to be saying more of the same could be coming in terms of temperatures.

The Climate Prediction Center's monthly temperature outlook for July has us "leaning above" average. The average high for the start of the month is 84 degrees and then climbs to 84.8 degrees from the 11th through the 17th before cooling back to 84 degrees by the end of the month. 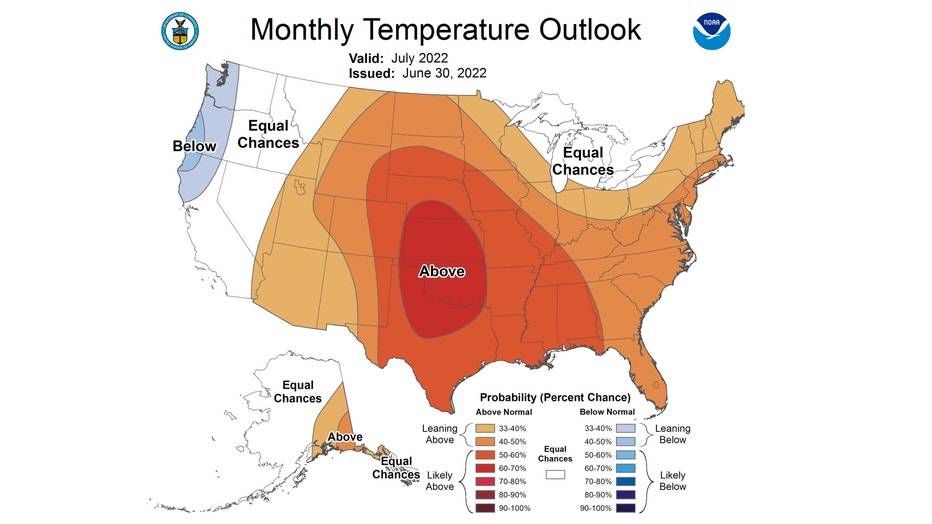 The precipitation forecast is more fuzzy. The CPC's monthly precipitation outlook for July says we have "equal chances" of being either above or below average. Average rainfall for the month is 3.71". July is normally the driest of the summer months. 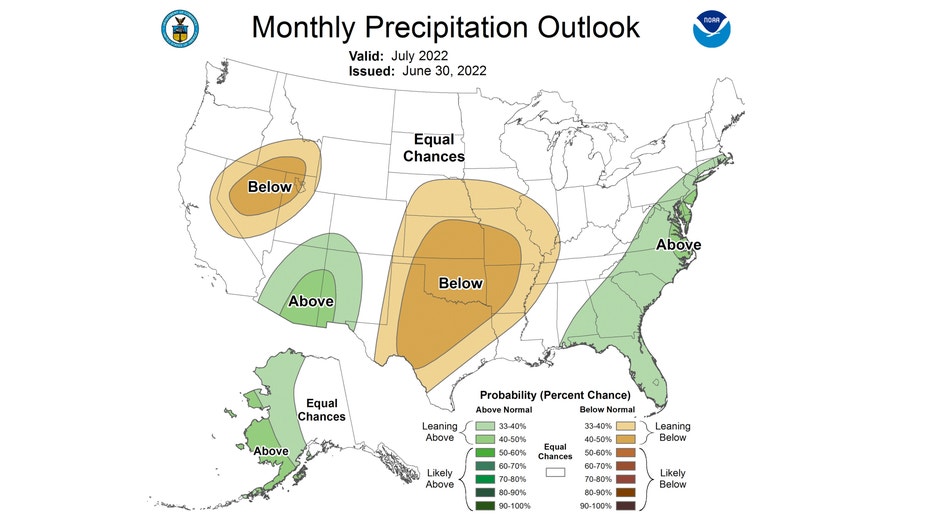 The National Blend of Models suggests the warmer than average weather will keep on coming.

Most of the first two weeks of the month should be above average by around two to four degrees. No scorching, record-breaking heat but still rather warm. 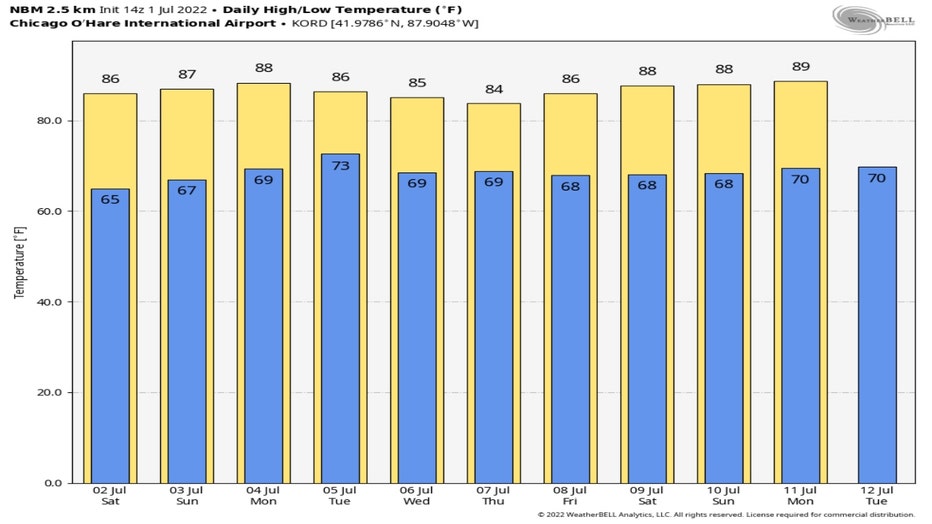 The Climate Prediction Center's 6-10 day and 8-14 day temperature outlooks seem to support that forecast for the first part of the month.

The 6-10 day has us "leaning above" average overall from next Wednesday through the following Sunday. 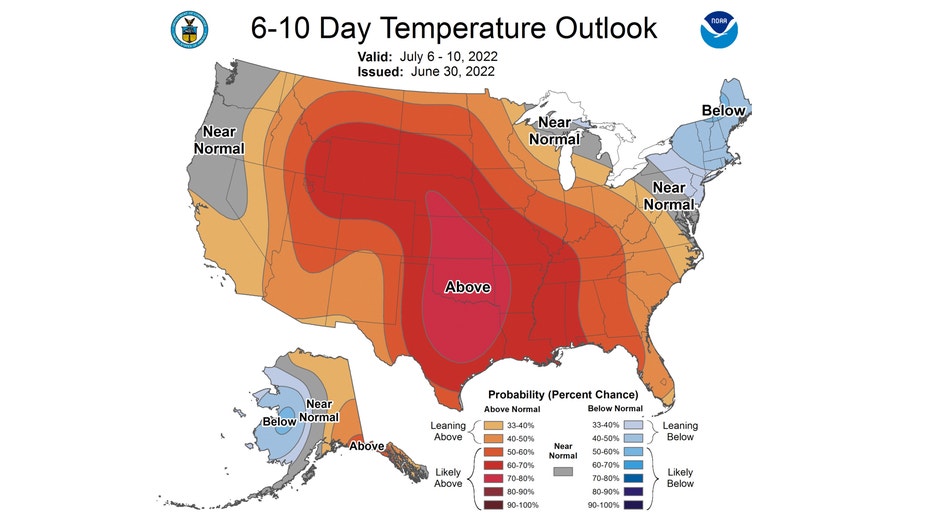 The 8-14 day outlook also has us "leaning above" normal. It covers the period from next Friday through the follow Thursday.