After a streak of eight straight days above average our temperatures will tumble tomorrow. Highs will only hit the lower to middle 30s Wednesday and Thursday. Gusty winds on Wednesday will drop wind chills into the single digits and teens. 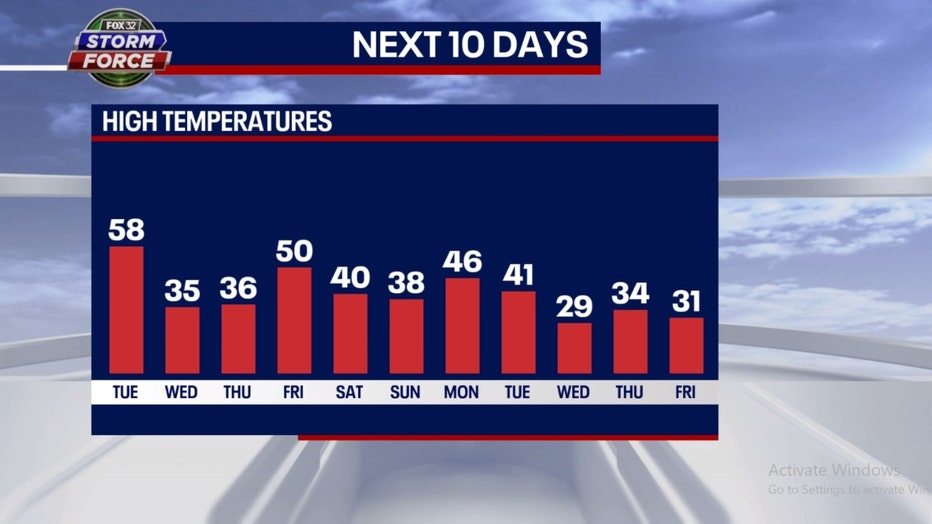 We will ride a rollercoaster temperature ride into early December. We bounce back to near 50 on Friday and then settle into more seasonable territory this weekend. Another dramatic drop could come by the middle of next week with just 20s for highs on Wednesday. 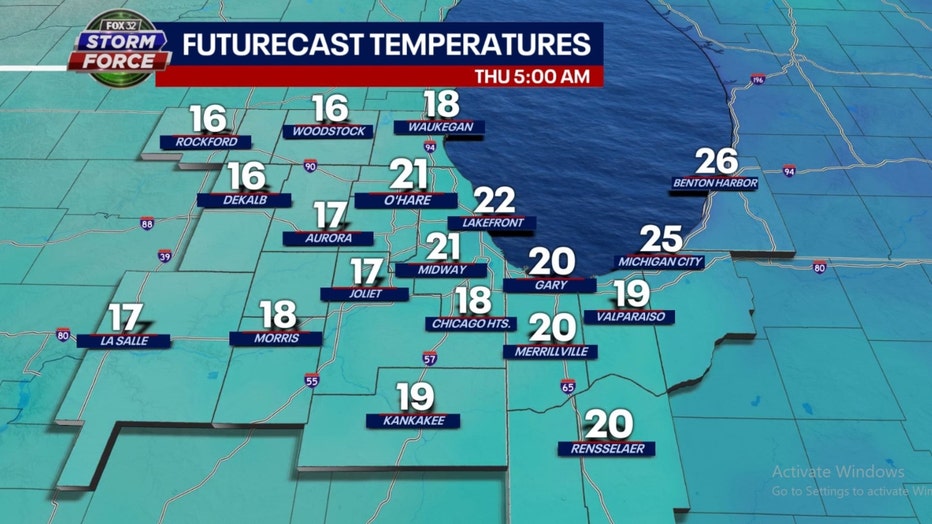 In the short-term, the coldest point will come Thursday morning as we wake up to lows in the middle to upper teens away from the city. Wind chills will start off in the single digits that day.

The long-term forecast from the Climate Prediction Center suggests this colder pattern could keep coming well into December. 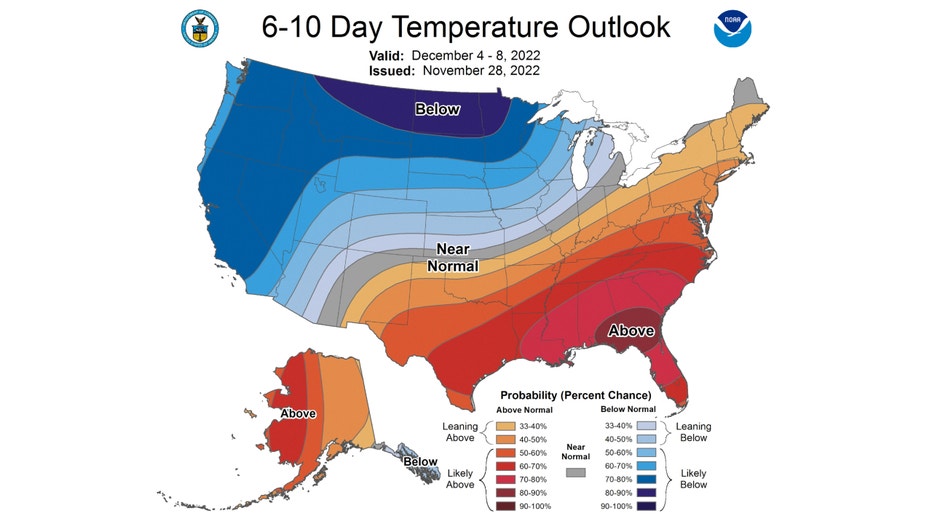 The 6-10 day temperature outlook has us "leaning below" average overall from this Sunday through next Thursday. The northern plains are targeted with the highest probability of colder than average temperatures. 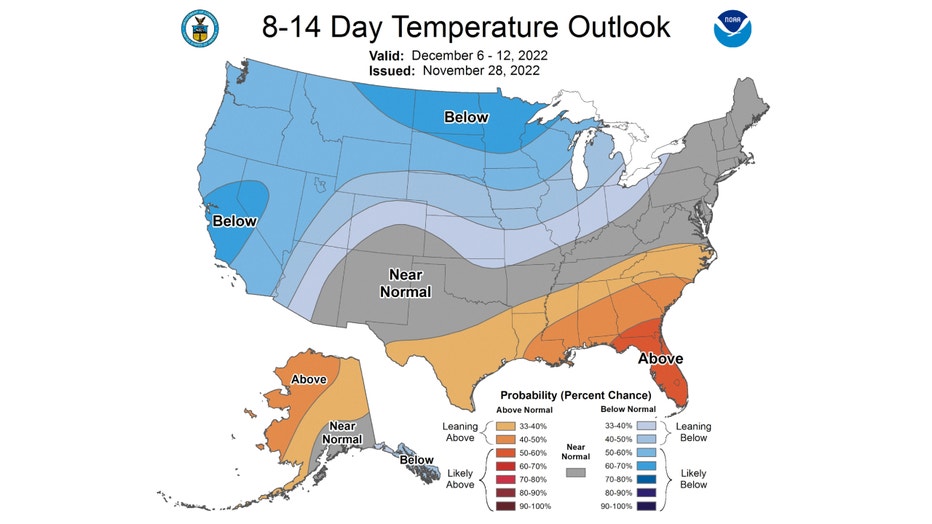 The 8-14 day temperature outlook continues to favor a colder pattern. It has us again "leaning below" average overall from next Tuesday through the following Wednesday. Average highs by the middle of December drop to about 37 degrees.