Chicago - Chicago survived Saturday with the coldest temperatures since the middle of February. O'Hare had a high of 23 degrees and a low of 11 degrees. For the day it was almost 21 degrees below average. We followed that with more wintry weather early Sunday morning. Some of us saw a dusting of light snow and even a bit of graupel. 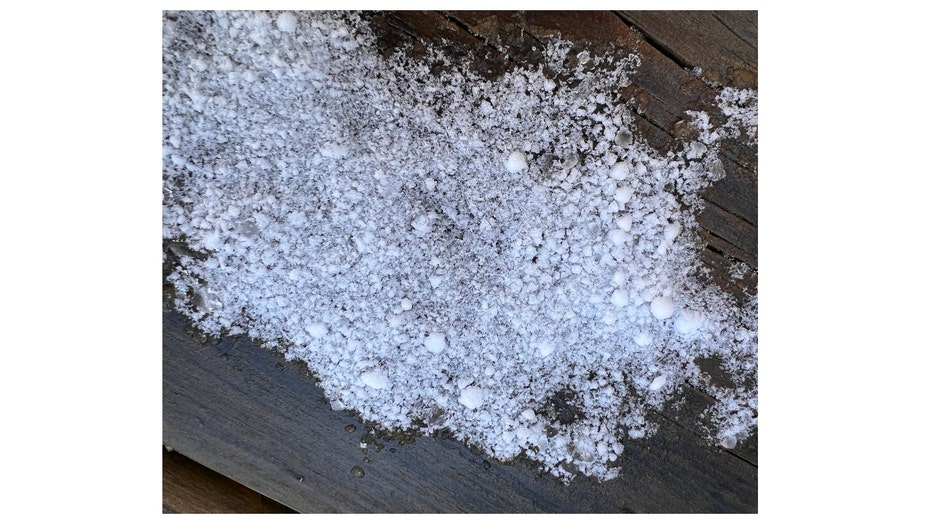 The bigger round objects on this picture from my deck are called graupel. I call it the "dippin' dots" of precipitaiton types. The National Weather Service describes graupel as "soft, small pellets formed when supercooled water droplets (at a temperature below 32°F) freeze onto a snow crystal, a process called riming".

The good news is if you are waiting for real spring weather, your patience is about to pay off. The longer range forecasts are showing a fairly strong signal for a warmer than average period overall starting next week and possibly lasting through the end of this month and beyond.

The National Blend Of Models keeps our highs above average through a week from Wednesday. Back to back 60s are expected for this Wednesday and Thursday. Those highs will be nearly 20 degrees above average. These are more typical temperatures for the end of April. This will be the first time we have seen back to back 60s since the middle of December. Eight of the next ten days will have highs at least in the 50s. 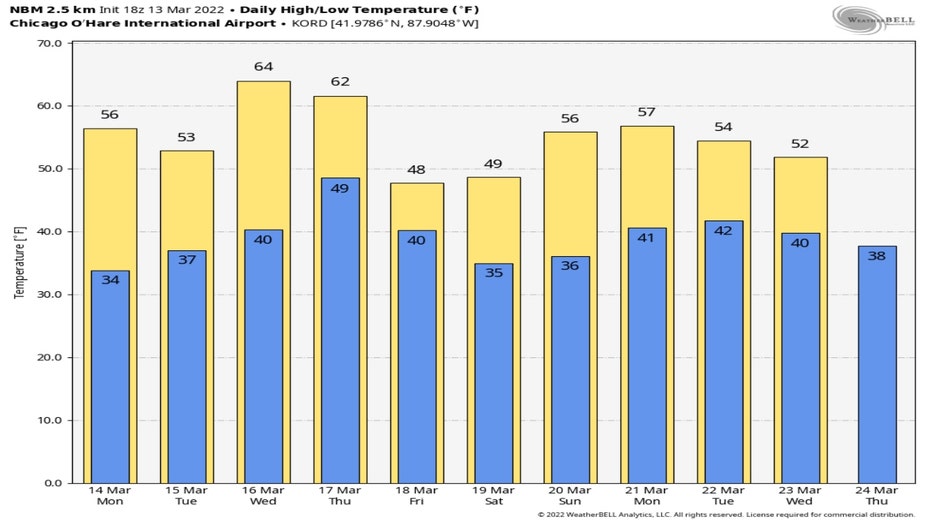 The biggest jump above average during this period will be on Wednesday. That is when highs will reach into the middle 60s. The temperature anomaly forecast for Wednesday afternoon has most of the Midwest around 15 degrees to 25 degrees above average. 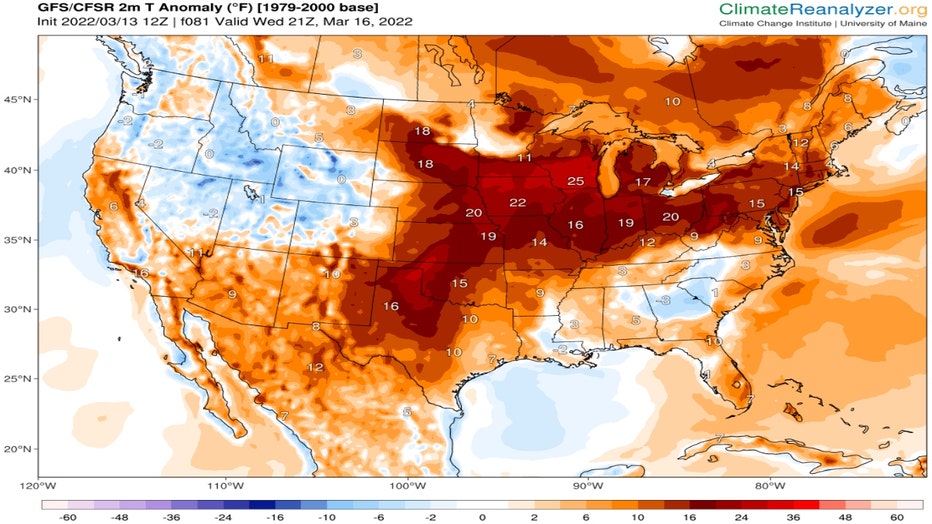 This mild March pattern could continue for the rest of the month. The 6-10 day temperature outlook has us "likely above" normal from next weekend through the middle of the following week. 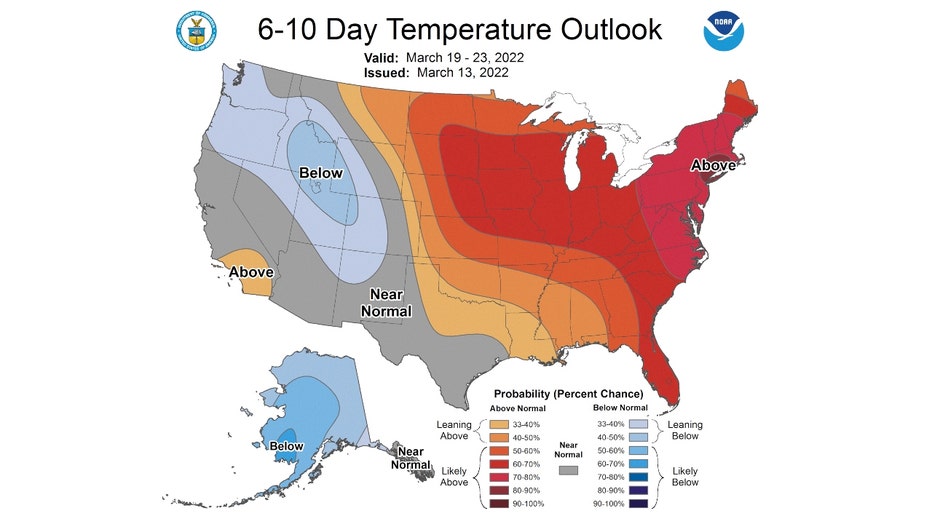 The 8-14 day temperature outlook has us "leaning above" normal from a week from Monday through the following weekend. 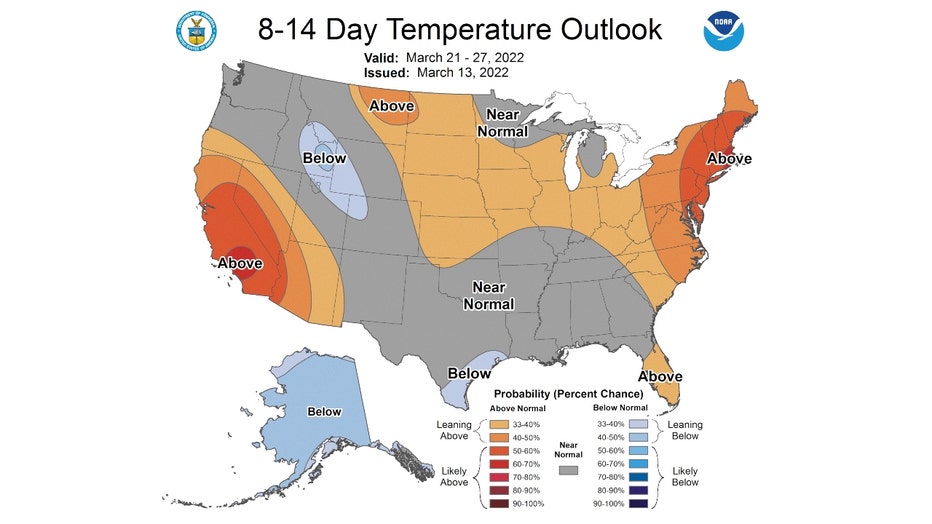 The Global Ensemble Forecast System has us between one degree to three degrees above average overall for the next thirty-five days. That takes us through the middle of next month. 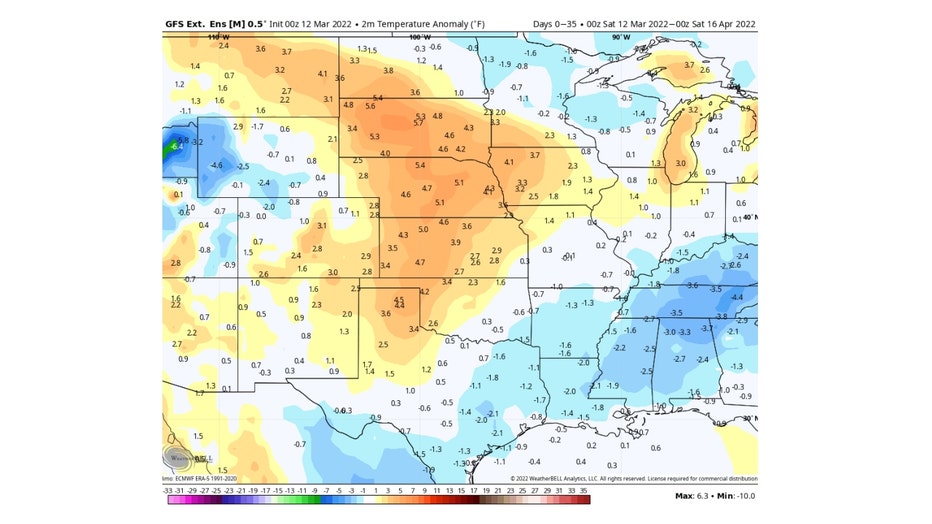 It's important to note that the longer range temperature forecasts give us an "overall" view of temperature trends. That means there could be at least a few days during the period that temperatures could dip below average. There is a chance for a bit of light snow late Friday into early Saturday as temperatures could drop dramatically late Friday with the arrival of a cold front. If any snow did fall, it would melt quickly as highs bounce back to near 50 degrees Saturday.