Chicago - Little did John Travolta and Olivia Newton-John know when they first sang that song 44 years ago just how much our summer nights would be warming over the coming years.

Climate Central did a study of summer nights to see how much they have changed since 1970. They analyzed 246 U.S. locations and found that average summer nights have warmed by at least three degrees for 40% of the towns and cities they studied. Nearly a quarter of them warmed by a whopping four degrees. 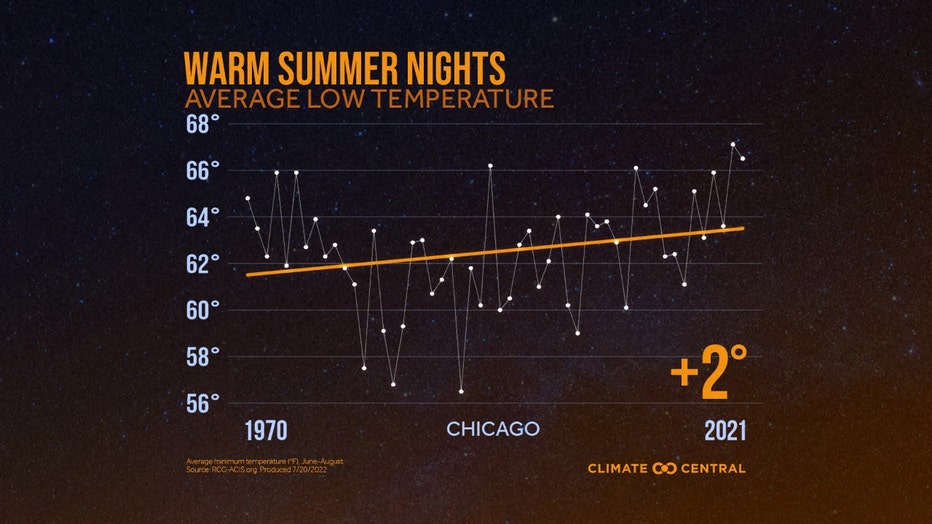 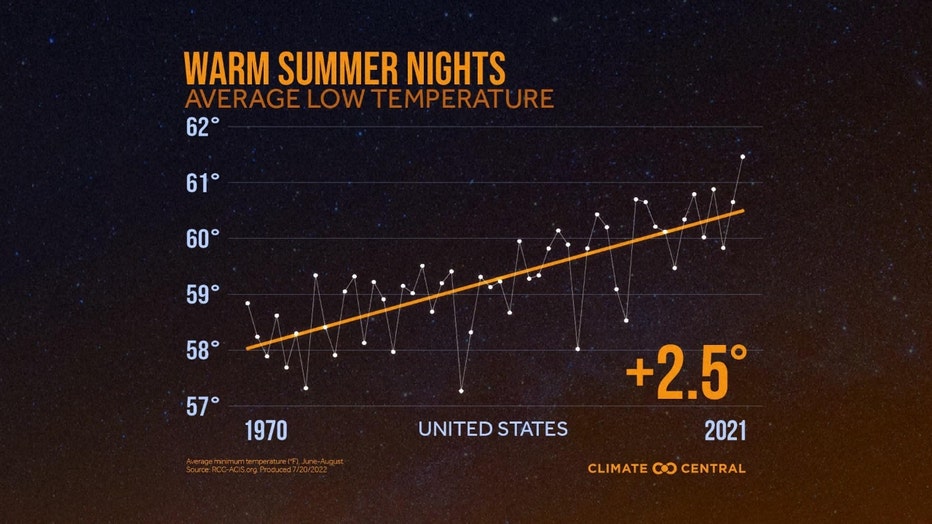 We still have nearly a month of summer left to go. The National Blend of Models long range forecast suggests more warm summer nights are coming. The average low for this time of the year is around 66 degrees. 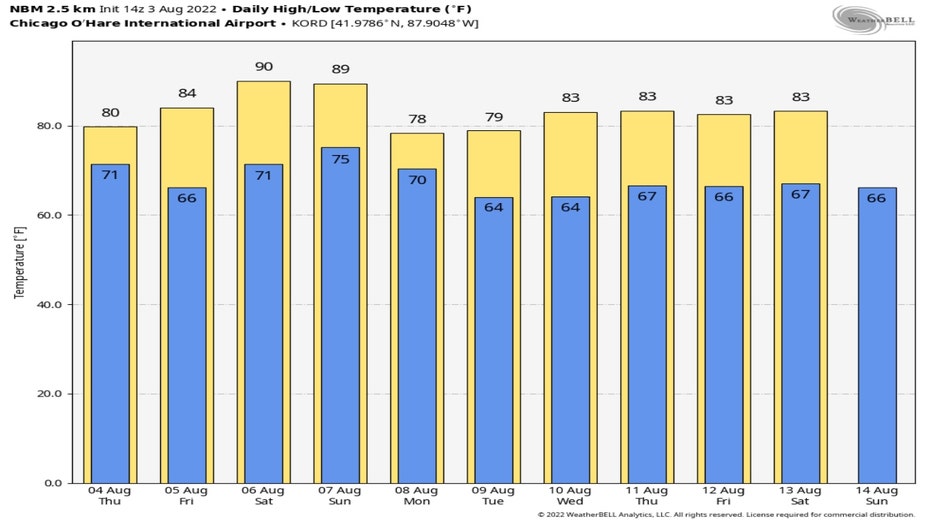 The forecast calls for six of the next 11 days to have nighttime minimum temperatures above average.