FOX 32 Chicago Meteorologist Tim McGill said there will be fog, thunderstorms, freezing rain and snow in the Chicago area this week.

Chicago - A wide variety of weather is in store for the Chicago area over the next several days. Everything from fog to freezing rain to plain old rain to thunderstorms to snow is likely at some point between Monday and Friday.

Let's take the various types of weather in the order they will come. Coming first is fog for early Monday and parts of Tuesday. Relatively mild air overrunning melting snow with relatively light winds will produce at least patchy fog at times for the first two days of the new week.

Some patchy drizzle will form on Monday and then give way to some light rain late in the day. Rain will continue for at least portions of the area through a good part of Tuesday. The GFS Model is spitting out about a third of an inch to nearly three quarters of an inch. Even a few thunderstorms are possible Monday night into Tuesday. 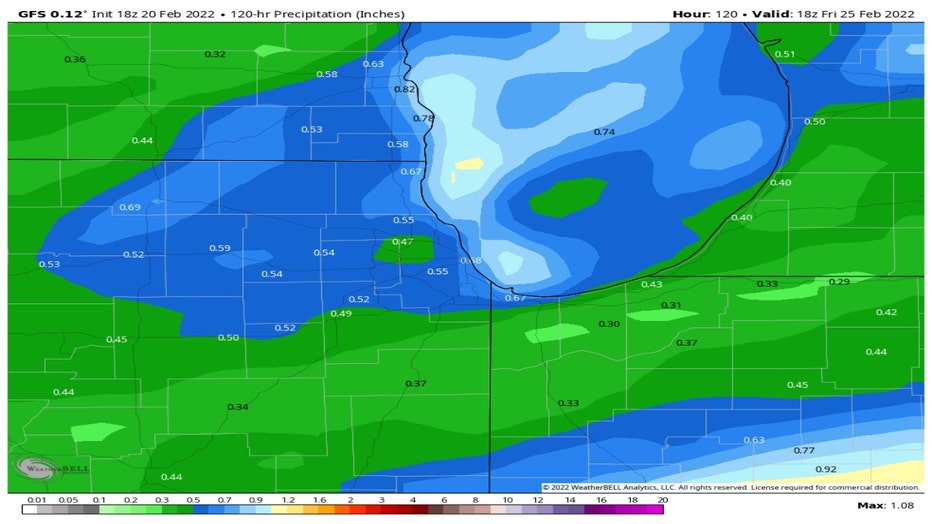 That amount of rain ordinarily would not be a problem but the ground is still frozen. There are ice jams on the Kankakee river that pose a flood threat if with locally heavy rain made possible by the potential thunderstorms. I was in the Wilmington area on Thursday where I observed some of those ice jams. Large chunks of ice like the ones in the photo I took there last week could continue to collect and lead to flooding upstream or break free eventually and lead to rapid water level rises downstream. A flash flood watch is in effect for parts of both Grundy and Will counties. 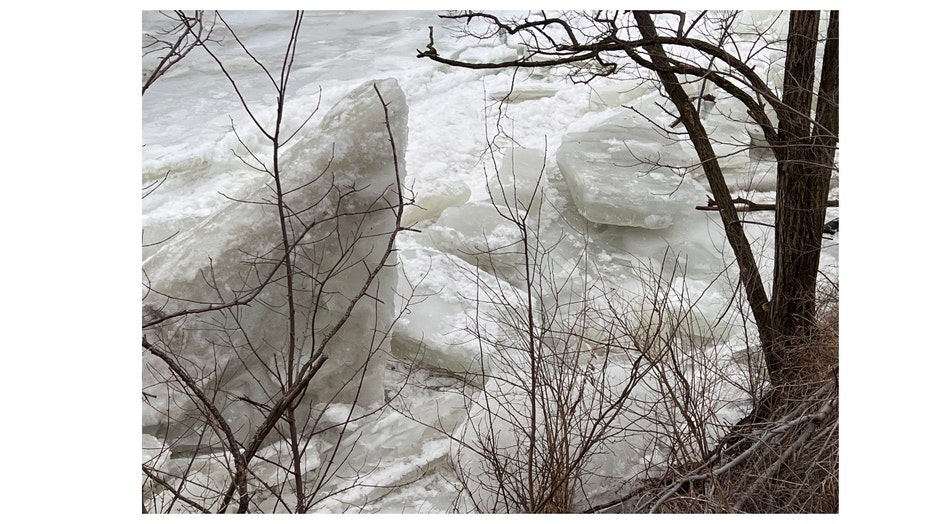 Freezing rain could come as early as Monday night but is more likely for Tuesday in areas north of the city. The GFS Model shows around a tenth of an inch of ice is possible near the Wisconsin state line. This could make for some slick, dangerous travel conditions later Tuesday into Tuesday night in particular. 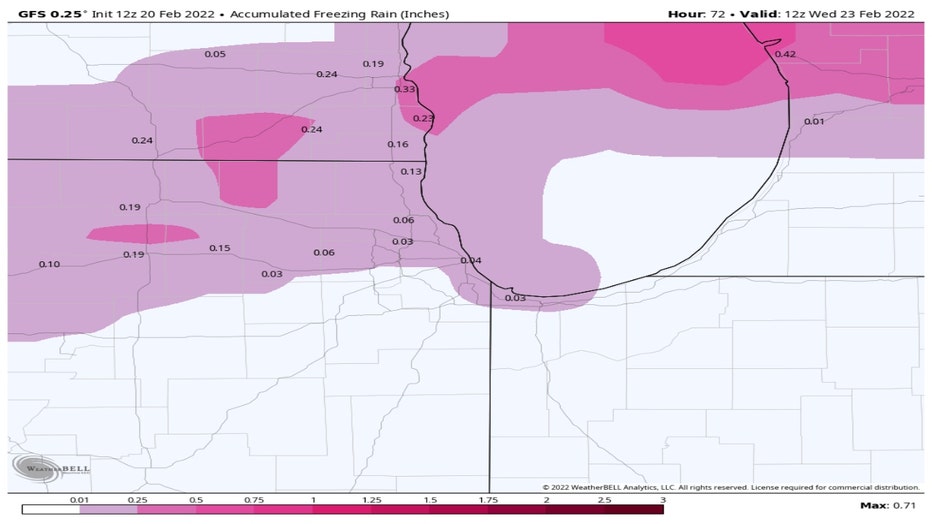 What would a week in February be without snow? Another system is looming for later Thursday into Friday. The last few storms have reinforced the idea that this far out it is too tough to call when it comes to the amount of accumulation. Let this again serve as more of a heads-up to the possibility of some sticking snow that could have an impact later in the week.

The GFS model is squeezing out about two to four inches by Friday afternoon with most of it falling Thursday night into the early part of Friday. 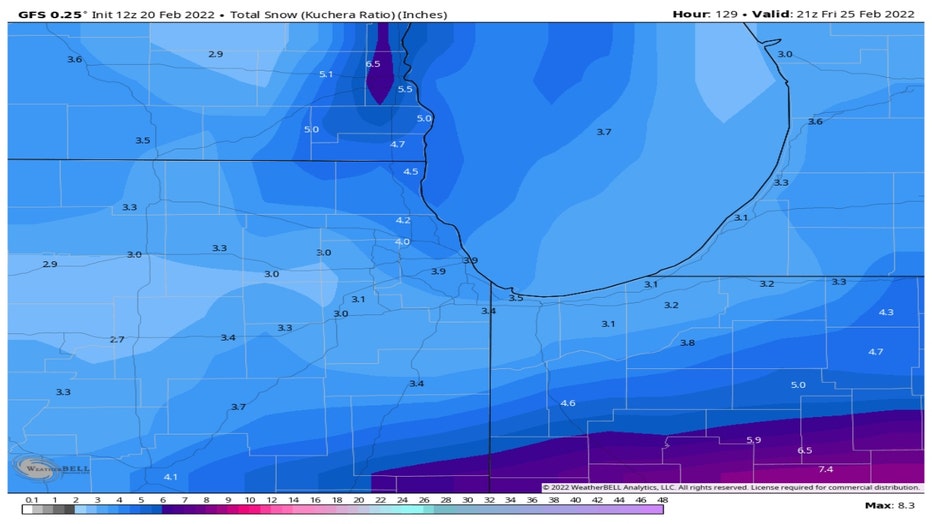 The European model has more robust numbers. It spits out about four to eight inches during the same time period. The numbers for both models are bound to change between now and Thursday so stay tuned. 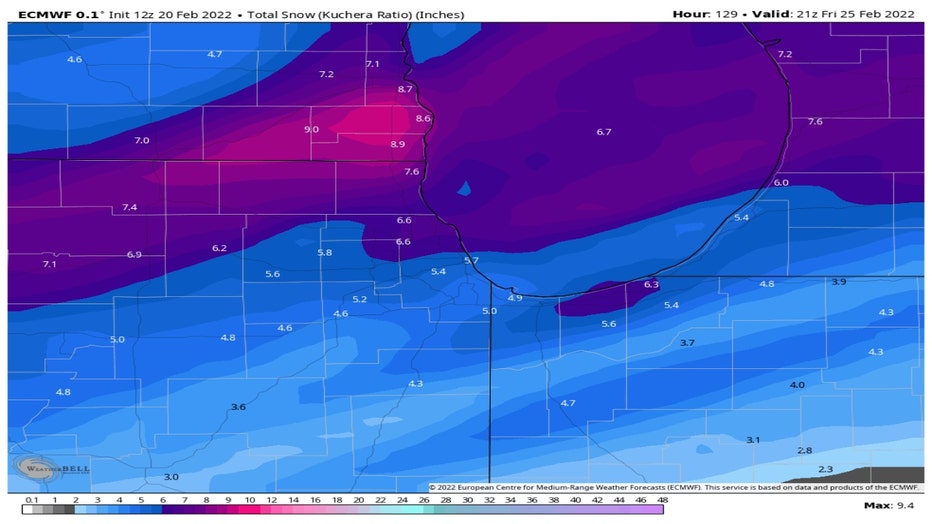 Our wide variety of weather for the upcoming week will be accompanied by a wide range of temperatures too. After a relatively warm start to the last week of February our temperatures will tumble by Wednesday. We will start a streak of six days in a row with temperatures below average (average highs for late February are in the middle to upper 30s). March should start off right around average. 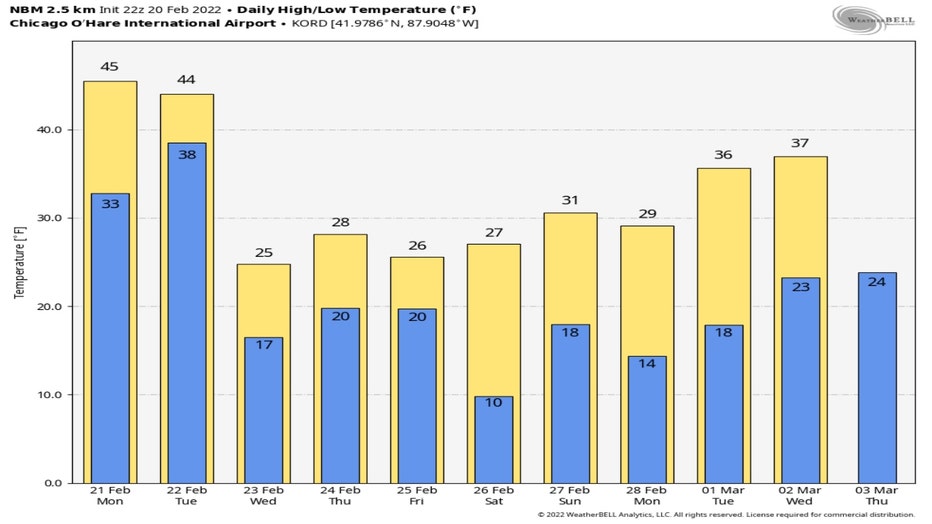 This is the kind of week when forecasters like me need some extra time to cover this complicated weather scenario.