Chicago - We have had a total of seven days with at least a trace of snow at O'Hare so far since the start of October. The grand total of all that snow added up is just 1.1". We have seen just under 30% of average snowfall to this point in December.

We have a shot at some sticking snow late Thursday night into the early part of Friday, but most of us won't need to break out the shovel. Snow lovers are going to have to be patient. 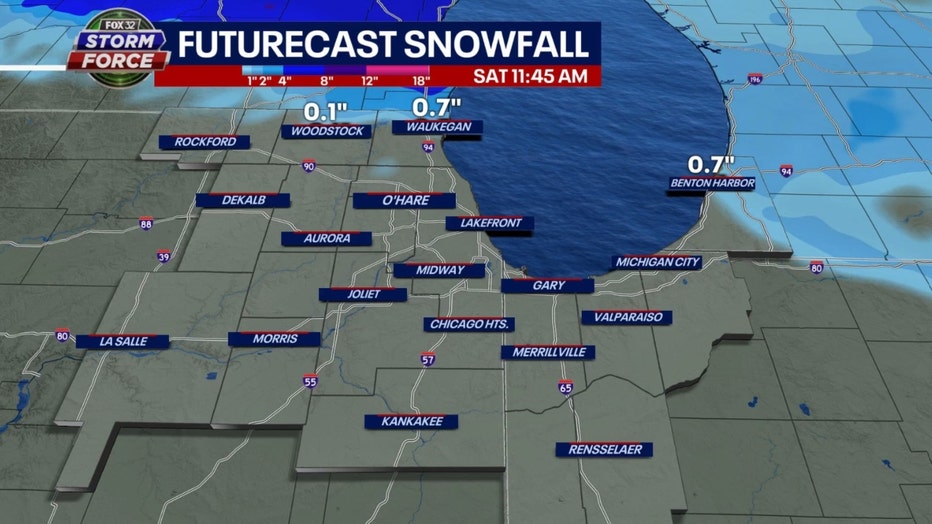 Our in-house model spits out just a small sliver of snow near the Wisconsin state line with this system. There could be a few spots well north of the city that get a few tenths of an inch of snow. 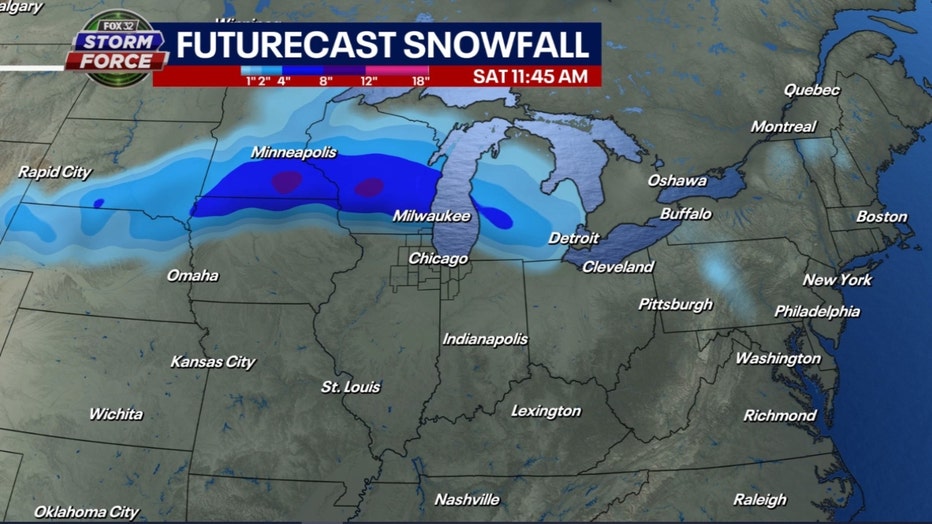 The GFS model keeps the swath of snow well north. It lays down about four to eight inches from northern Iowa, southern Minnesota through central and southern Wisconsin. A fairly near miss for us. 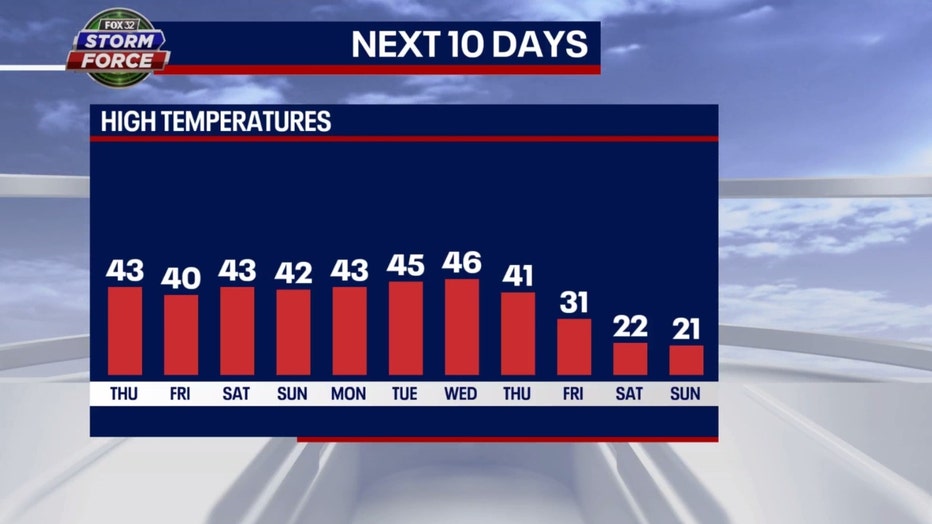 Our extended forecast holds out hope for some rather cold air arriving by the end of next week but for now through next Thursday it looks like highs in the 40s.

The long-term forecast from the Climate Prediction Center keeps the relatively mild air coming through the middle of the month here, but shows an expanding area out west of colder than average weather. This "blob of blue" is shifting eastward with time. 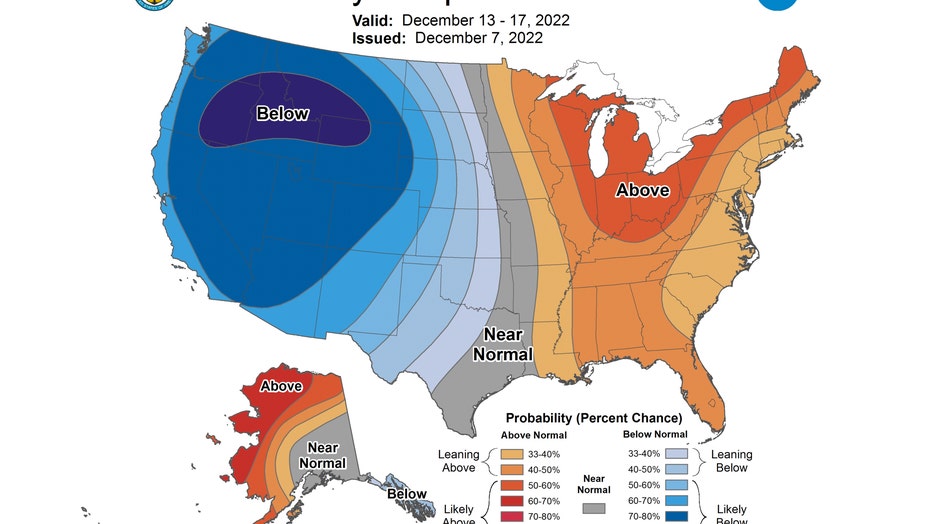 The 6-10 day temperature outlook has us forecast to be "likely above" average overall from next Tuesday through the following Saturday.

The longer range forecast seems to flip a switch just after the middle of the month. 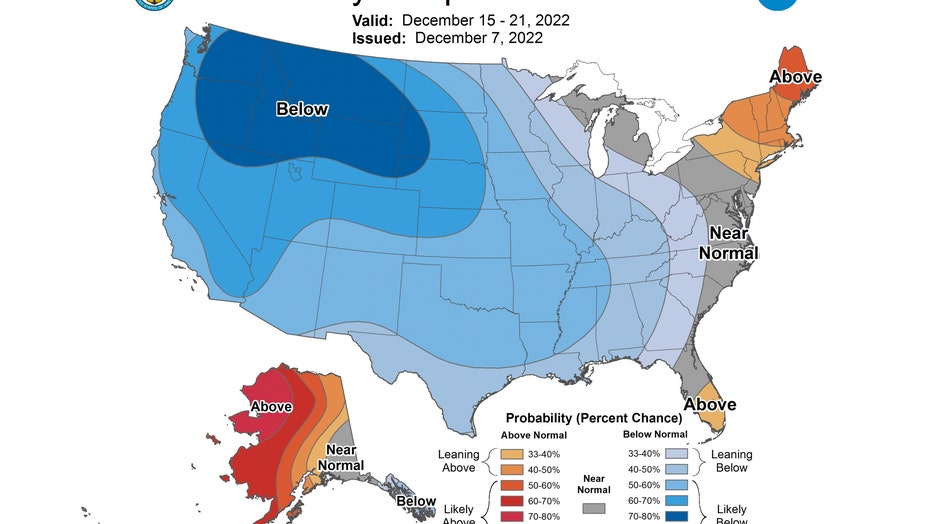 The 8-14 day temperature outlook signals a colder pattern coming. It has us "leaning below" average overall from next Thursday through the following Wednesday. This covers the period from Dec. 15 to Dec. 21. 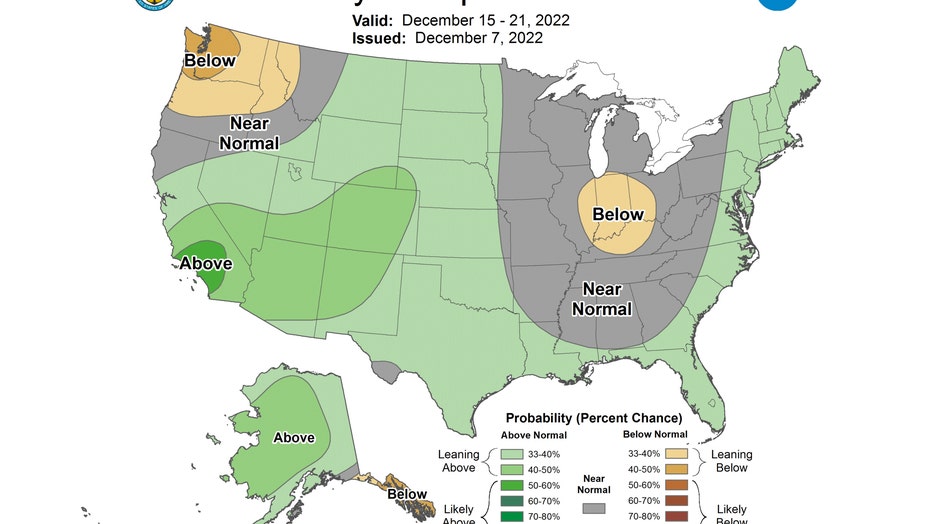 So the cold is probably coming, but what about some moisture to go along with it? The 8-14 day precipitation forecast isn't that promising. It has our area either "leaning below" average or near normal in terms of precipitation. 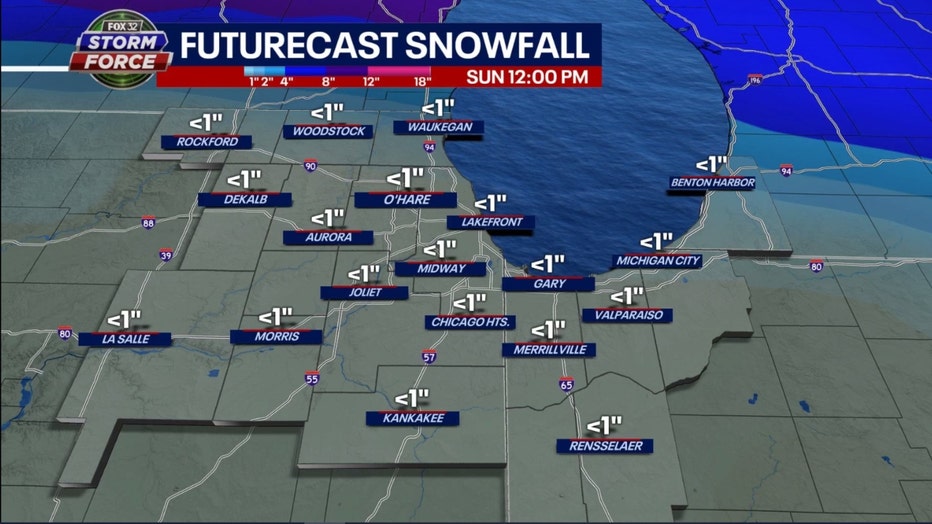 I ran out the GFS model forecast for total snowfall through a week from Sunday and it seems to concur. It has all of northern Illinois and Indiana forecast to get under an inch of snow during the entire period.

A lot could change between now and then so stay tuned and don't give up hope all you snow lovers out there.