Chicago - Another 90 degree day. Thursday's high hit 92 degrees at O'Hare. It is the twelfth 90 degree day (a day with a high of 90 degrees or hotter) so far this year. We see an average of seventeen 90 degree days a year. There is still plenty of summer left and more time to add to that total.

According to an analysis by Climate Central, we are looking at a future that will feature many more 90 degree days in Chicago. Our summers will seem more like the kind of summers people see well south of our city before too long, at least from a climatological standpoint.

This analysis comes just days after NASA's news that this past June tied as the second-hottest June on record.  NOAA's global climate report for last month ranked June as the sixth-hottest on record. The report notes that the ten warmest Junes on record have all occurred in the past twelve years. 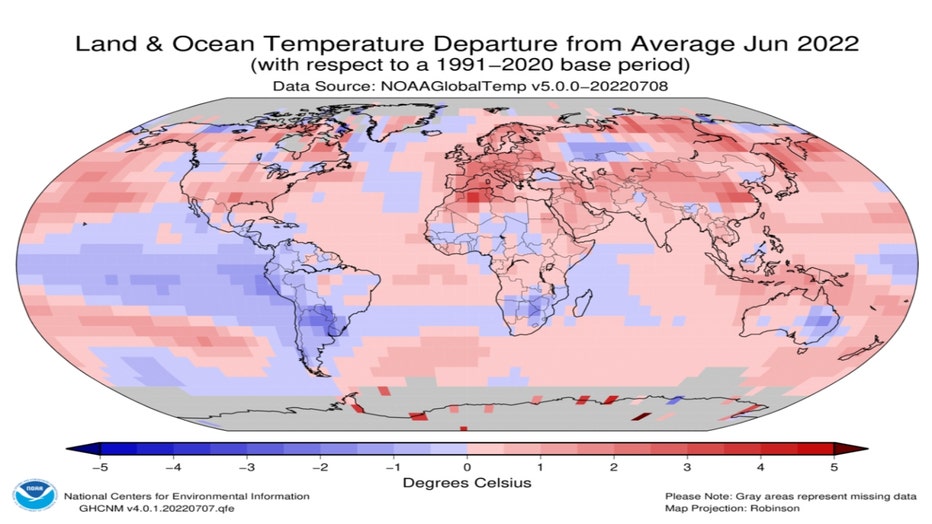 The year-to-date (through the month of June) is now running 1.53 degrees above the 20th century average. It's the sixth-highest January through June period going back to 1880 when records began. 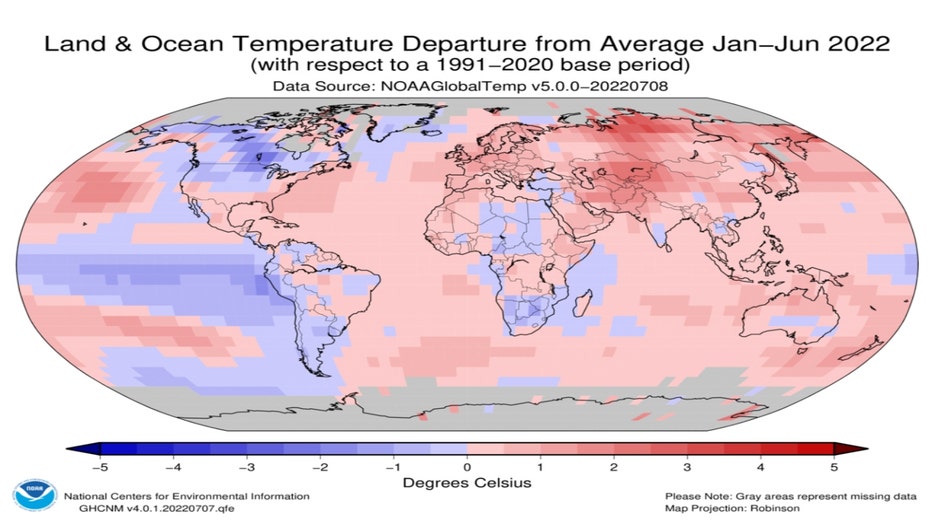 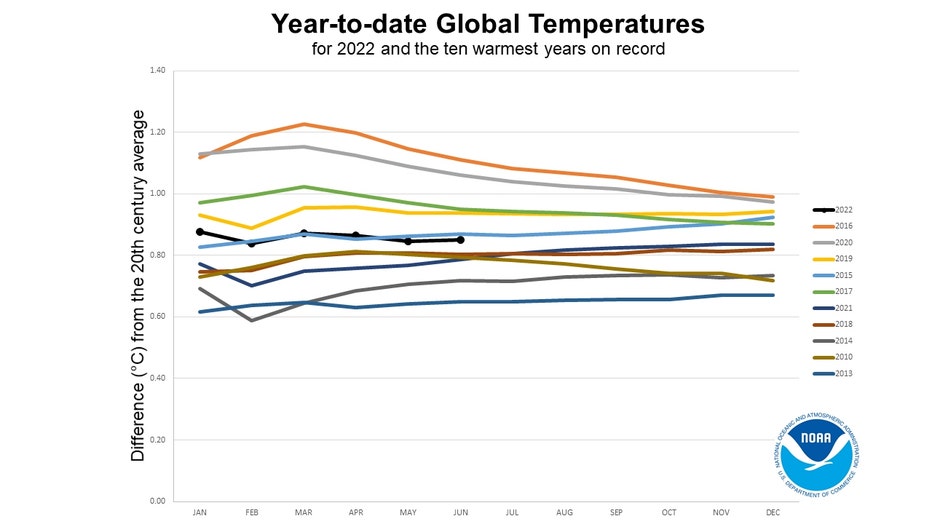 That's the latest from a global perspective on climate change. Let's look locally about what our changing climate will mean for Chicago's summers.

Climate Central's new analysis looked at 247 U.S. cities to see how much hotter they will become if emissions trends continue. The average city in their study will be 8 degrees hotter by the year 2100. That means during the summer it will seem like we have slipped to a city much further south than Chicago. 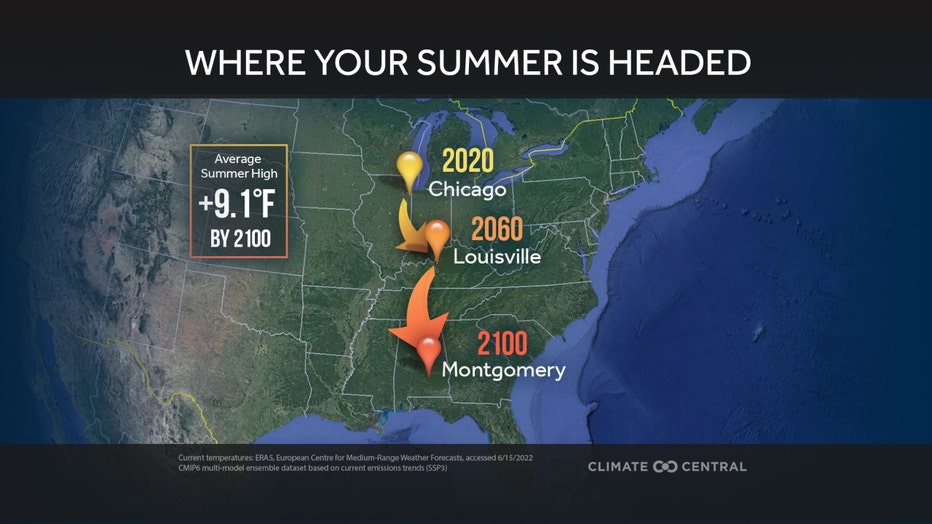 For most cities it will seem like summer shifted 437 miles to the south. Future summers for 16 U.S. cities will feel more like summers in the Middle East and Egypt.