Chicago - We will be flirting with an 80 degree high today at O'Hare. If we hit it, that would mark the fifth straight day this September with a high of 80 degrees or more.

Meteorological fall has gotten off to a warm start with September now running more than three degrees above average.

We should stay above average through Wednesday before a cooler pattern kicks in for Chicago. 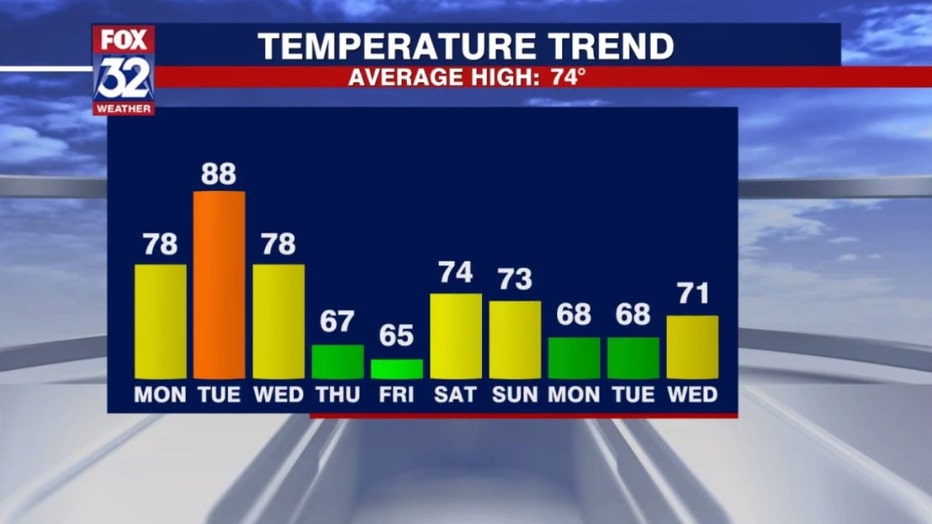 One of these things is not like the other on our ten-day temperature trend forecast. Tuesday's high should hit near 90 degrees or around 15 degrees above average. We slip back into the 60s for highs by Thursday.

The end of this week could be the coolest couple of days since the middle of May. Lows could fall into the 40s for a few of us by Thursday morning with many of us getting that "chilly" by Friday morning.

Next week could also start off with highs in the 60s but the long range forecasts are hinting that this cooler pattern won't hang around for long. 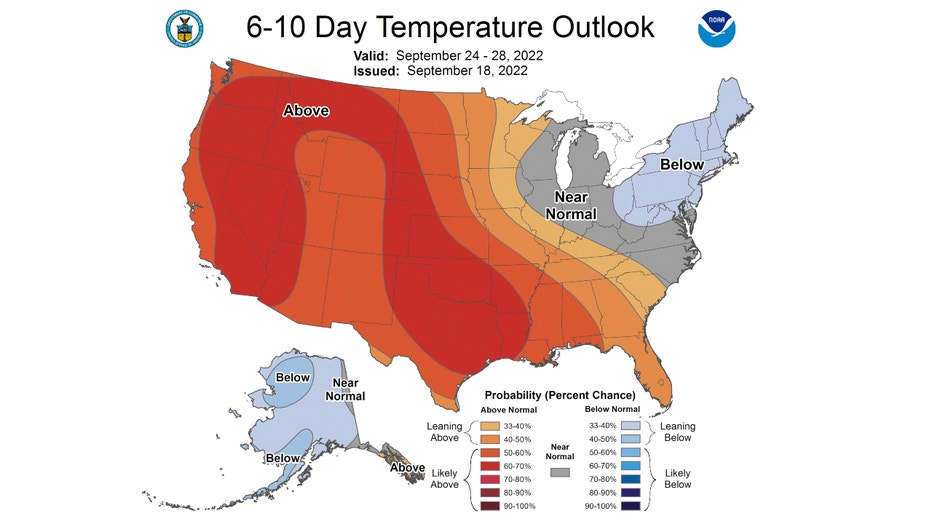 The Climate Prediction Center's 6-10 day has Chicago "near normal" overall from Saturday through the following Wednesday.

Average highs for that period are around 71 to 72 degrees. 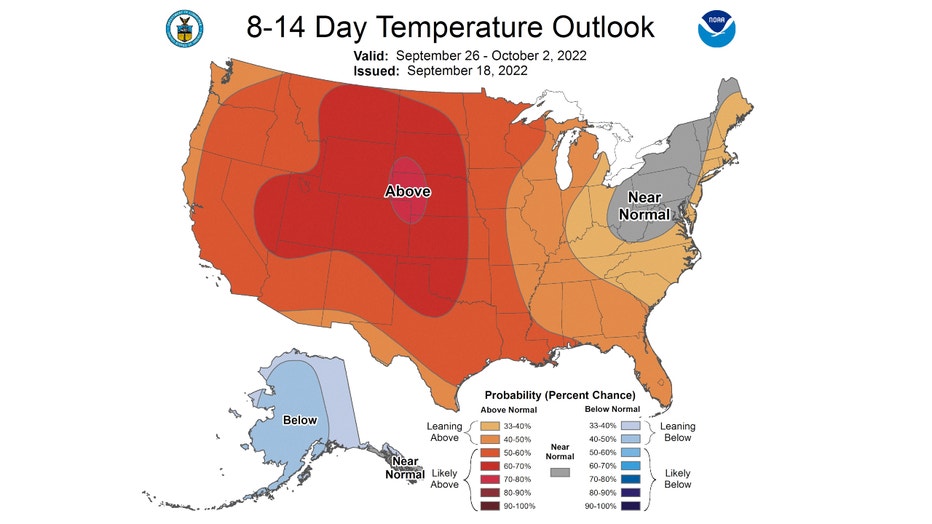 The 8-14 day temperature outlooks both suggest we warm back above average overall for the period between next Monday and the following Sunday.

It has us outlooked to be "leaning above" overall for the end of this month and the start of October. 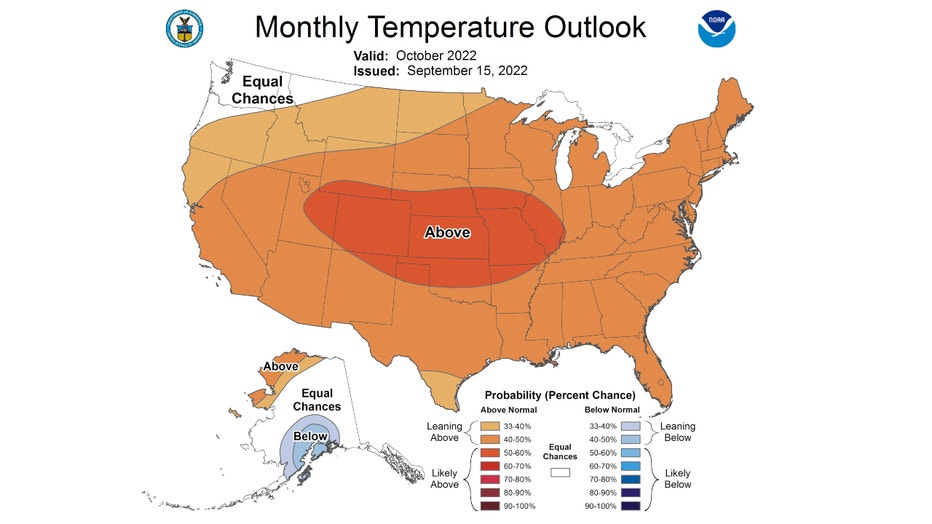 This relatively warm pattern could keep coming through the second month of fall. The Climate Prediction Center's forecast for October has nearly the entire country outlooked to be above average overall for the month.

Chicago is "leaning above" average accordant to this forecast. Average highs for October start off around 69 degrees and then fall to 56 by the end of the month.