CHICAGO - The portion of Illinois that is in at least a moderate drought has diminished by nearly 40% from a week ago.

The U.S. Drought Monitor's latest analysis of our state has 6.9% of the state (mostly in central Illinois) in a moderate drought. That is down from 11.5% just a week ago. The portion of Illinois in a severe drought remains unchanged compared to a week ago at 1.83%.

None of the state north of Bloomington, including all of the Chicagoland area, is in a drought.

A large swatch of our far southern and southwestern suburbs are considered "abnormally dry". That is the category just below "moderate drought". 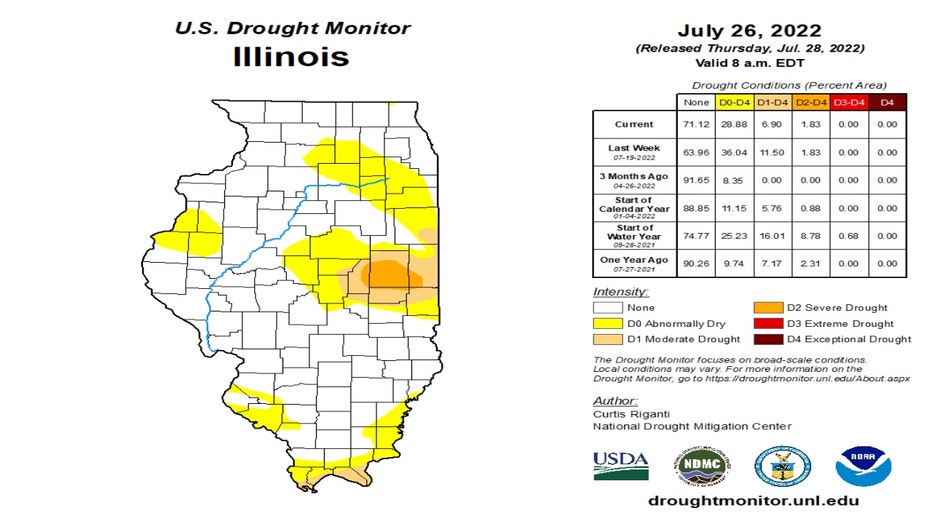 Rain finally fell in areas that desperately needed. Central Illinois has been soaked the past couple of days.

Some of the most parched property in Illinois got plenty of precipitation. More than a half a foot of rain fell between Tuesday and Wednesday just south of Champaign. 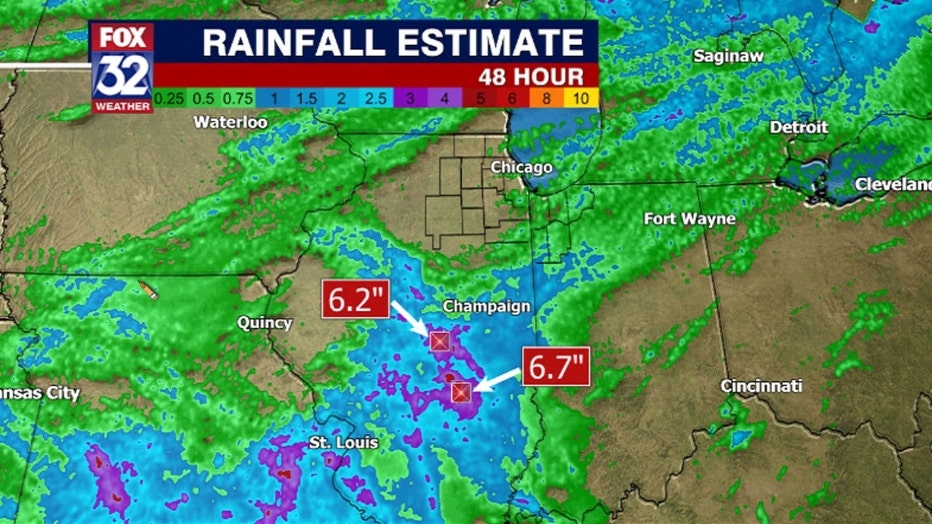 So far this summer Chicago has been running about 13% below average for rainfall. On average, we normally receive 8.25 inches of rain by now. We have officially seen 7.16 inches at O'Hare since June 1st.

If your lawn or garden could use a little help, there is some hope.

Our model is forecasting between a tenth of an inch of rain to nearly a third of an inch form most of the area by the end of Monday. Most of that would fall Sunday and Monday. 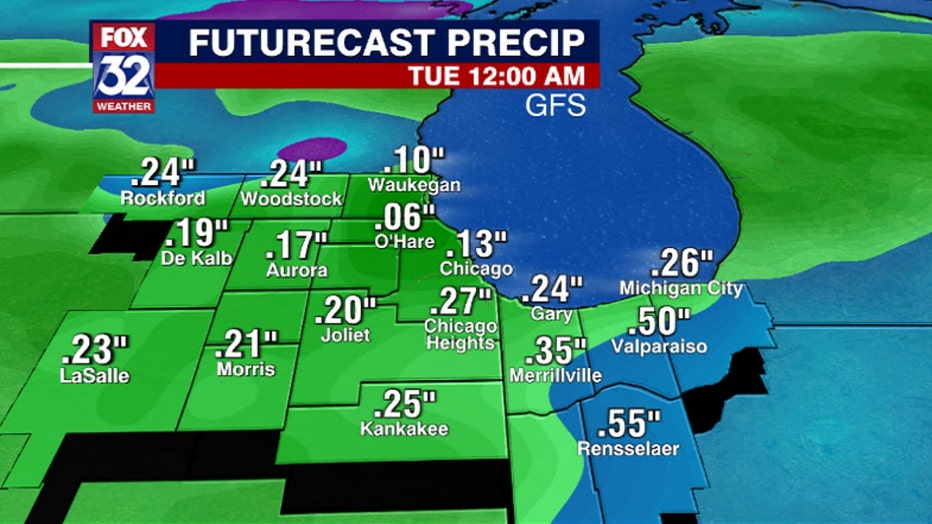 The longer range prospects for precipitation aren't as good. Both the Climate Prediction Center's 6-10 day  and 8-14 day precipitation outlooks have most of the state in a dry pattern, at least compared to average. 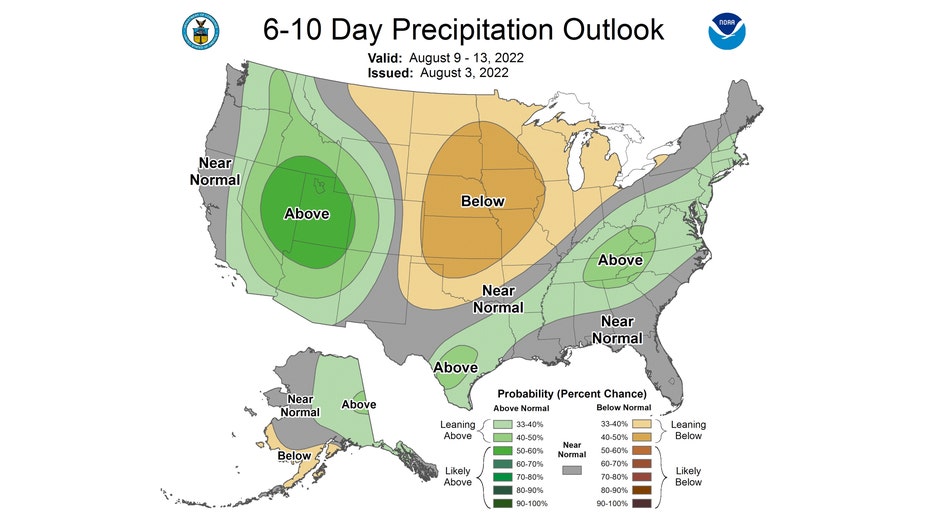 The 6-10 day precipitation outlook covers the period from next Tuesday through the following Saturday.

It has Illinois "leaning below" average for rainfall during this stretch. 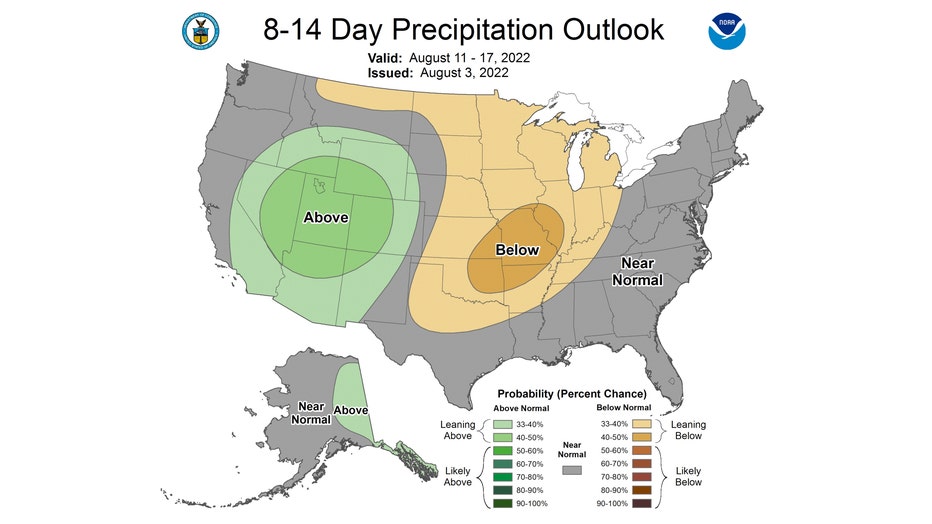 It covers the period from next Thursday through the following Wednesday. It also has Illinois "leaning below" average. 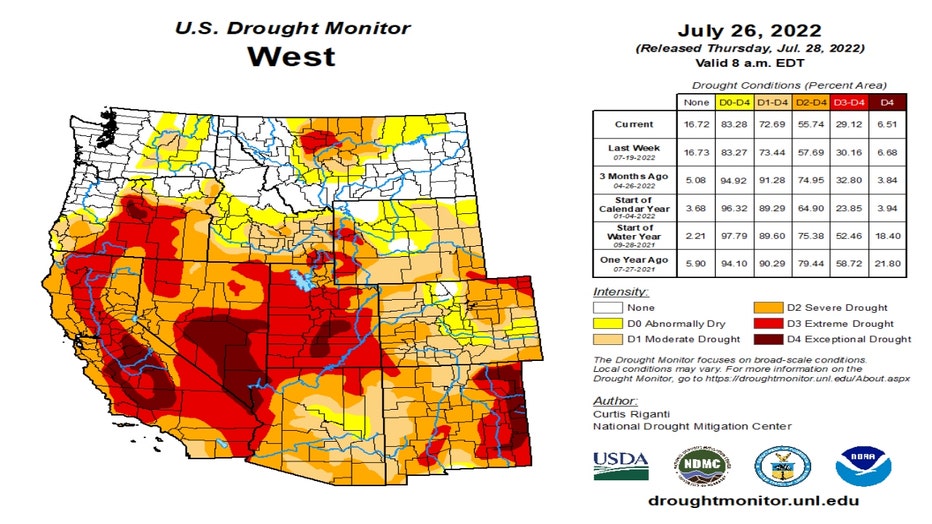 The western part of our country could use rain the most as an historic drought continues. There was some slightly good news from the U.S. Drought Monitor's latest analysis for our western states.