Emily Wahls and Tim McGill break it all down.

Chicago - December may have spoiled some of us.

The month ended up with an average temperature of 38°, which made it the sixth-warmest December on record. There were just four days that came in below average.

Snowfall for the month was rather unimpressive. We set the new record for going the latest into the month for our first measurable snow of the season. That finally came on December 28 when 1.5" fell at O'Hare. We ended up with just 1.9" for the entire month, making it the 21st least-snowy December on record. 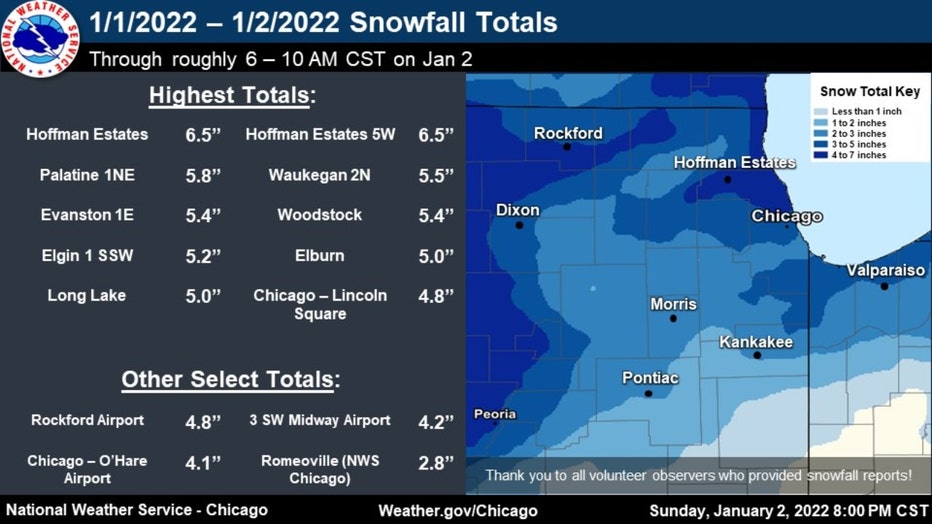 It seems like we flipped a switch for the start of 2022 both in terms of cold temperatures and snow.

Three-to-seven inches of snow fell from a storm that started on New Year's Day and lingered into the early morning hours of January 2. That fresh snow cover combined with clear skies and light winds Sunday night set us up for the coldest morning here since last February. Woodstock dropped to -6° Monday morning. DeKalb fell to -2° and Aurora bottomed out at -1°. 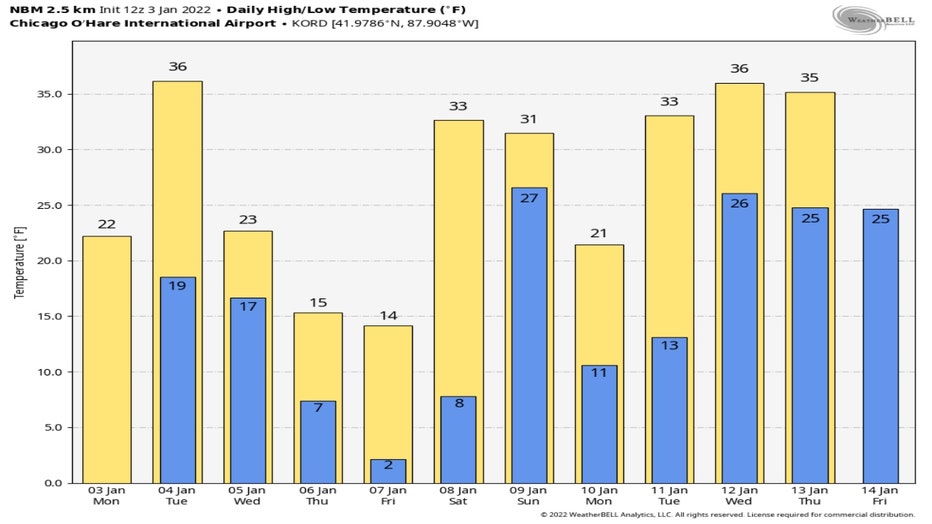 I want to look a little longer range into this winter to see the prospects for more snow and where temperatures may be trending. The National Blend Of Models looks forward through a week from this Thursday with a forecast of daily high and low temperatures. It has six of the next ten days forecast for highs around or above average. 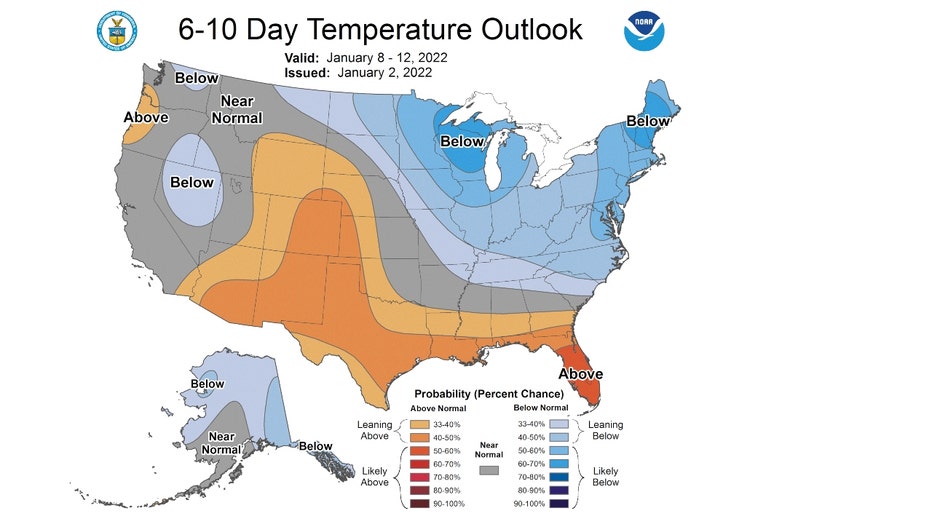 Another shot of Arctic air hits Wednesday and hangs around through the end of the week. That is followed by temperatures bouncing back to about average this weekend before falling 10° or more below average next Monday.

The 6-10 day temperature outlook has us favored for below average temperatures overall from Sunday through the following Wednesday. 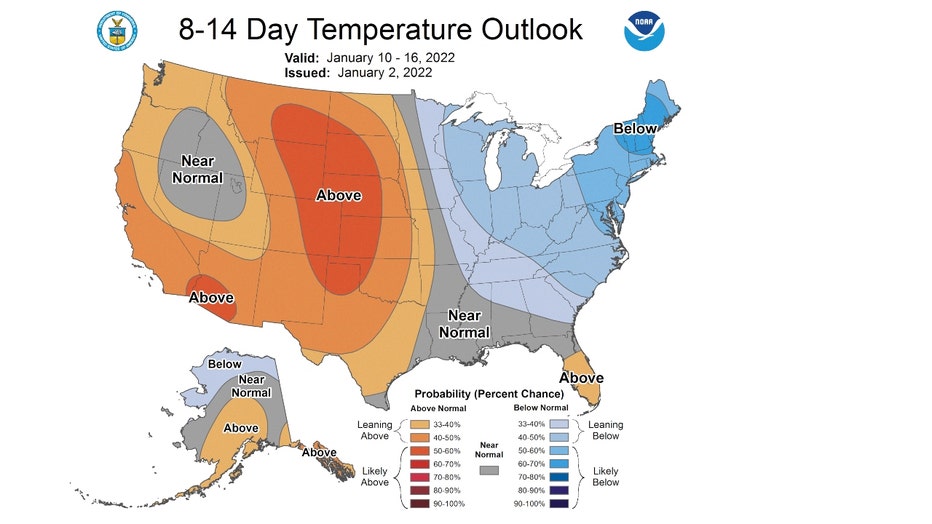 The 8-14 day temperature outlook has roughly the same signal for the Chicago area. We are outlooked for below average temperatures overall for next week but the probabilities drop slightly. 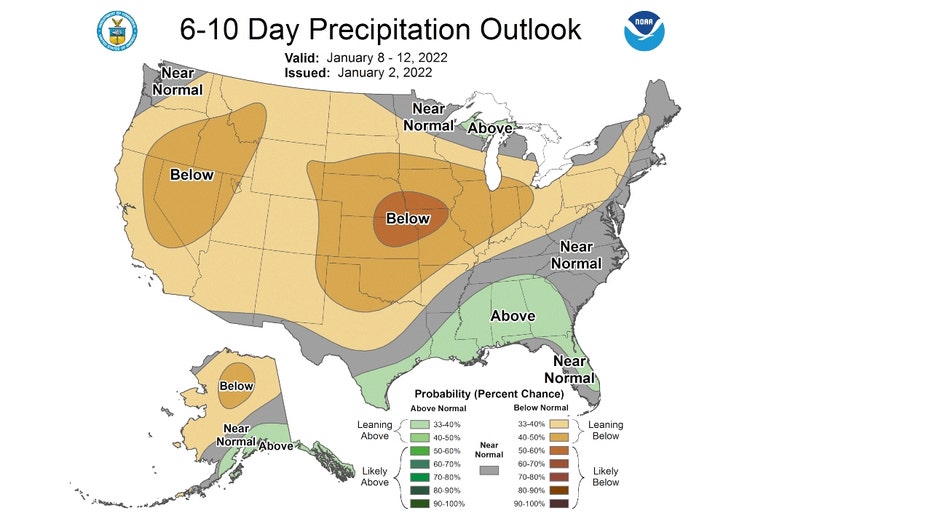 Both of the longer range precipitation outlooks point towards less precipitation overall compared to average here. The 6-10 day outlook has a fairly strong signal for this from January 8 through the 12th. 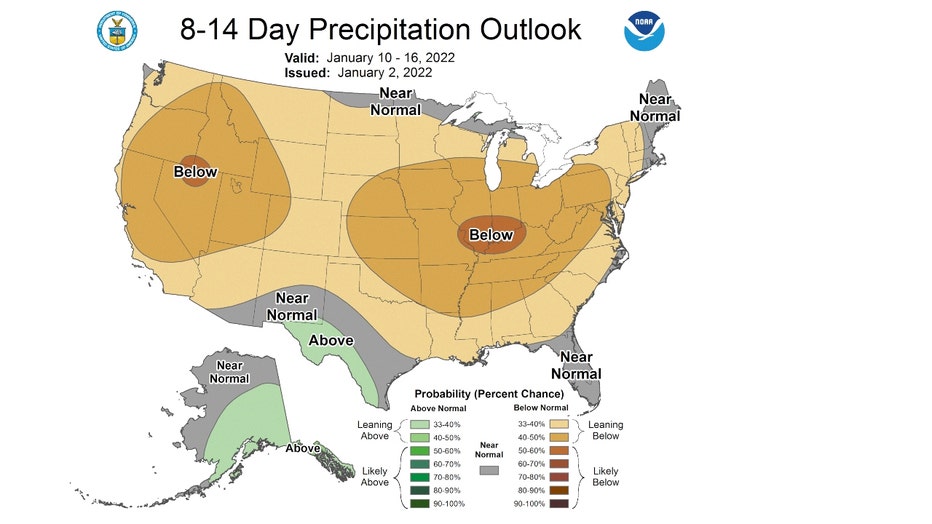 The 8-14 day outlook covers next week and the signal is still strong here for below average precipitation overall. Some longer range temperature and precipitation outlooks seem to carry these same trends through January into early February. 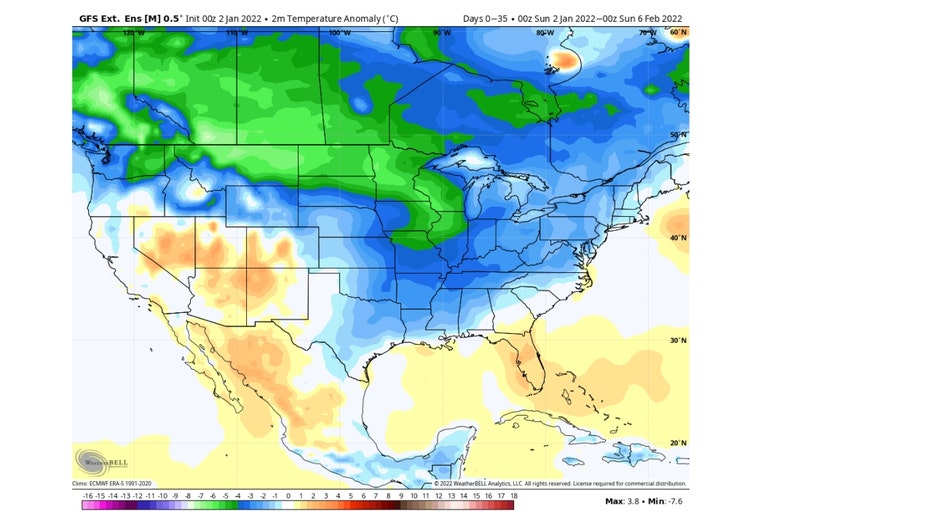 The GEFS (Global Ensemble Forecast System) longer range 35-day temperature anomaly forecast keeps us colder than average for the period that covers January and the first five days of February. The forecast is calling for temperatures to be between 6° to 9° below average. That would be a dramatic drop especially in light of our mild December. 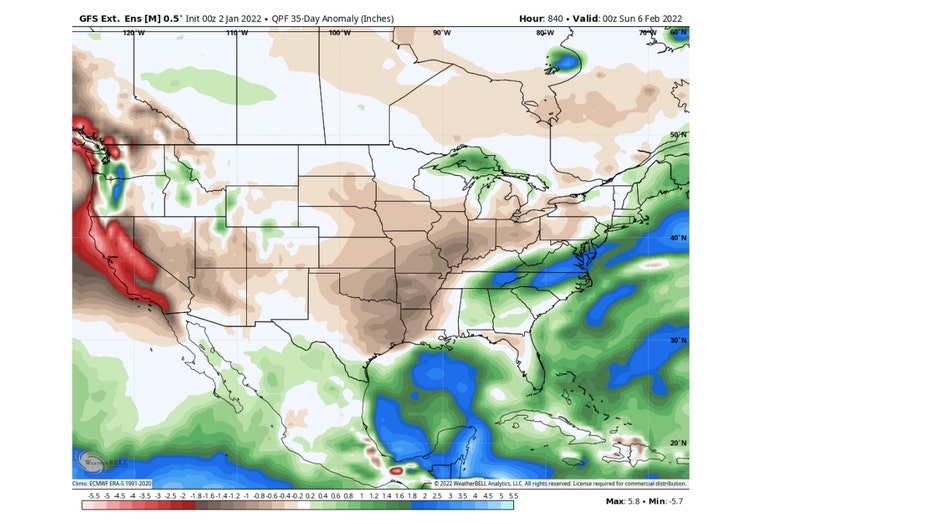 The GEFS 35-day precipitation anomaly forecast has us seeing less than average precipitation overall from now through the first five days of February. Most of the precipitation we see this time of the year is in the form of snow. So fewer flakes may fly over the coming weeks compared to average.

So the main message from the longer range models I have looked at is that we may be in for a colder than average January through early February period with less snowfall compared to average. Stay tuned.