Chicago - It's not officially here yet, but there are hints of fall in the air already.

The sun starting rising after 6 a.m. last week and began setting before 7:30 p.m. this week. We will wake up to lows in the upper 50s Saturday morning.

Autumn is less than a week away. Meteorological fall begins next Thursday with the start of September. What can we expect for the fall of 2022? I'll get to that in a second, but first I want to focus on the long term temperature trend we have been observing for fall here in Chicago.

AN EARLY OUTLOOK FOR CHICAGO'S WINTER

On average, our falls have been getting warmer. Climate Central analyzed 51 years (1970-2020) of fall temperature data for 246 locations across the United States, including Chicago. 95% of the locations they analyzed had an increase in average fall temperatures since 1970. 57% of the cities saw a warming of at least 2 degrees since then. 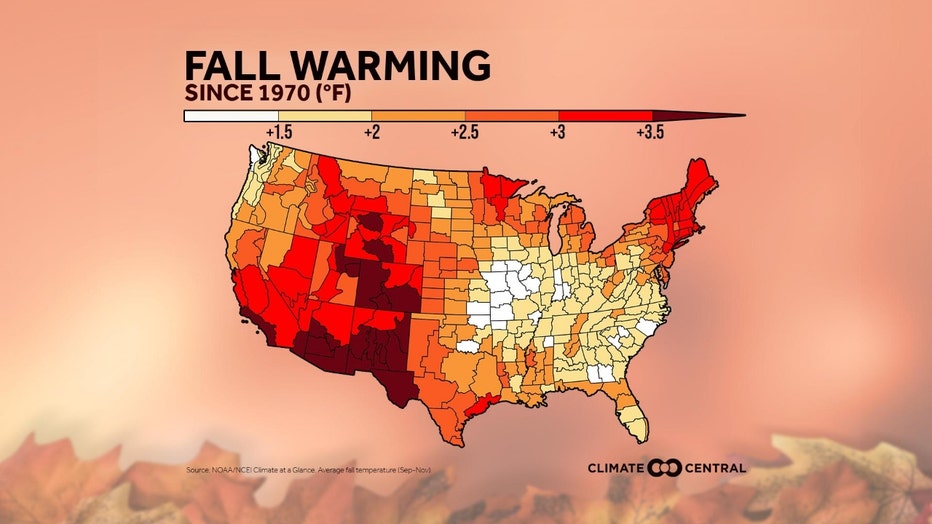 Chicago saw an increase of just over 1 degree during the period. Warmer falls do have impacts.  Climate Central noted the following repercussions: 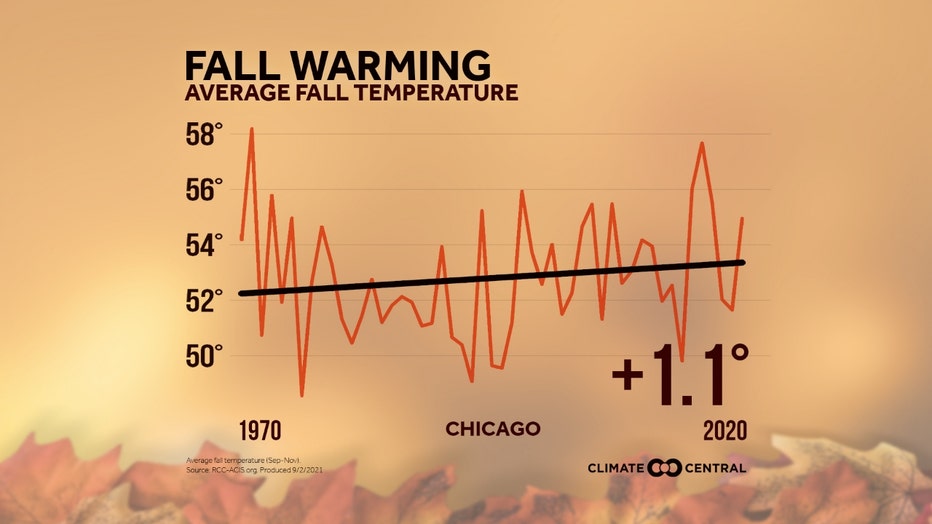 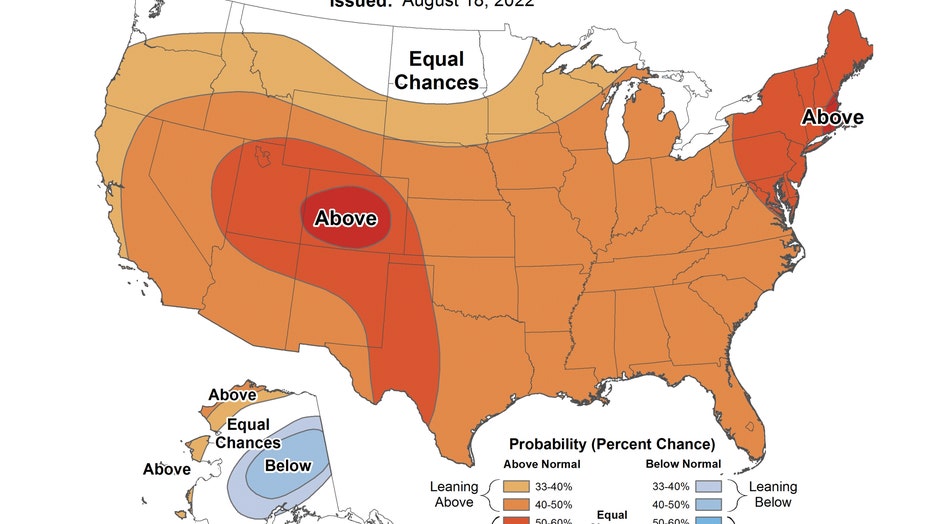 The seasonal temperature outlook has us "leaning above" average overall from September through October. The only part of our country forecast to be below average is a portion of Alaska. 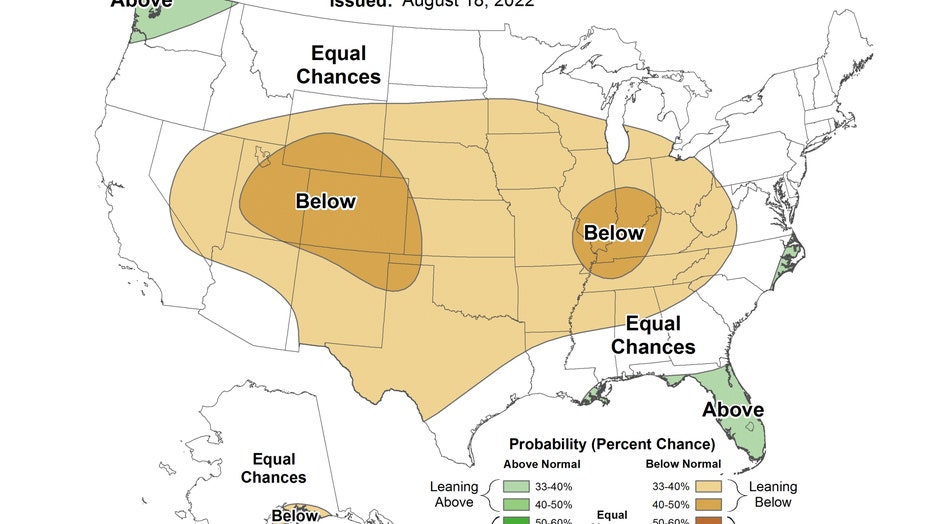 The seasonal temperature outlook has us "leaning below" average for autumn. Most of the middle part of our country falls into this category. 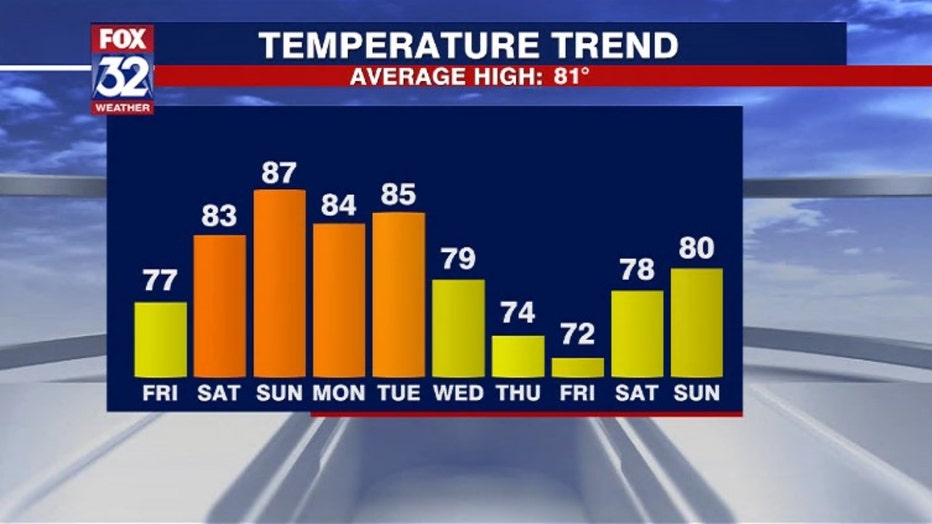 We still have a few days of summer to squeeze out before the arrival of autumn. It looks like the last month of summer will end on a warm note. August is running just barely above average. So far this month we are .3 degrees above overall. Our model suggests a warm weekend and start to next week with highs in the middle 80s from Saturday through at least Tuesday. Despite a cooler day today and a cooler last day of August next Wednesday, we will end the month and the entire season of summer above average.

The long range temperature outlooks starts off near normal and then warm us up above average overall as we start September. The 6-10 day outlook covers the period from next Wednesday through the following Sunday. It has us near normal overall for the last day of August and first few days of September. 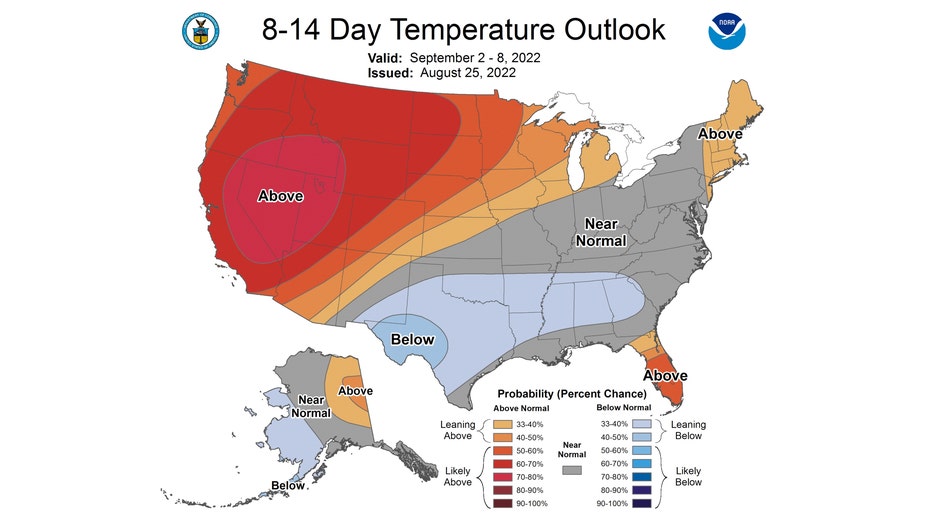 The 8-14 day temperature outlook looks at the period from next Friday through the following Thursday. It has us "leaning above" average overall for the first week of September. 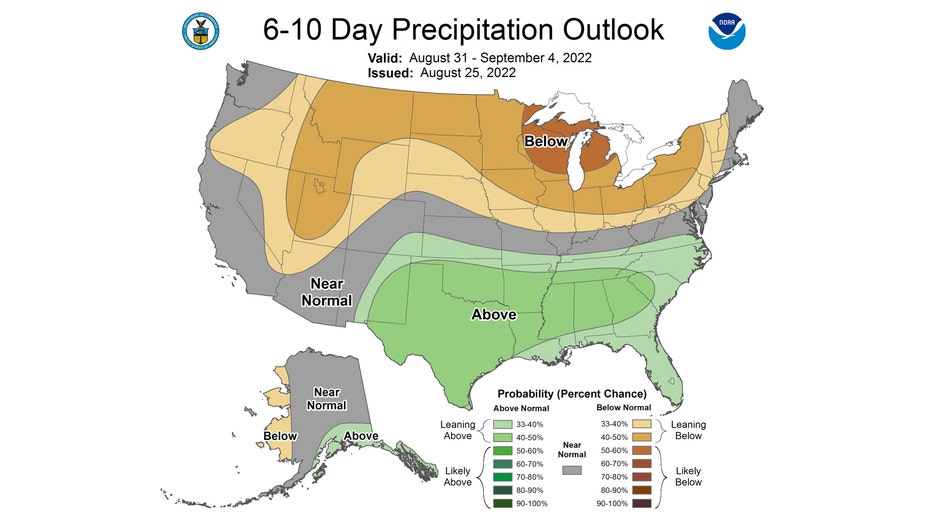 The long range precipitation outlooks seem to correspond to the seasonal outlook for fall. The 6-10 day outlook has us "leaning below" average overall. 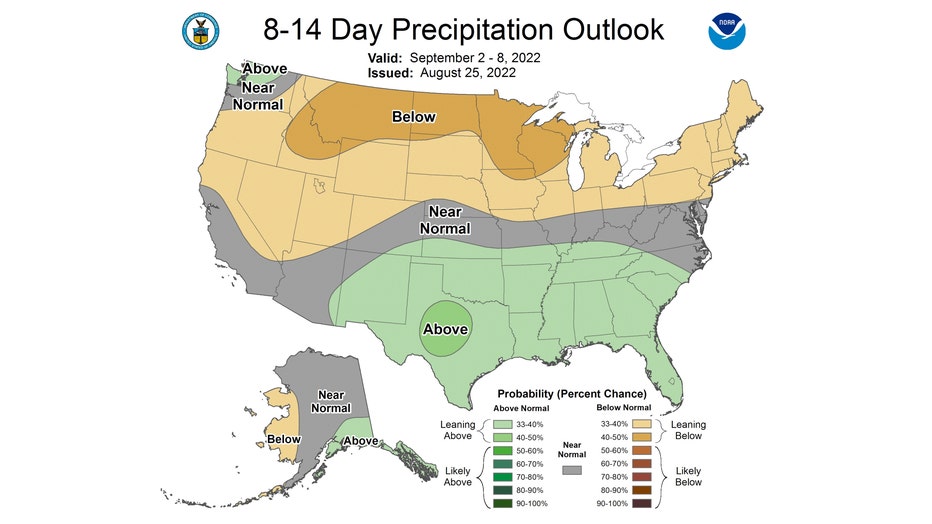 The 8-14 day precipitation outlook keeps that overall dry pattern coming. It also has us "leaning below" average through the first week of September.

Curious about this winter? I posted an early outlook just a few days ago.