Chicago - A warmer and windy Wednesday could be followed by sticking snow within just a couple of days. Welcome to spring, Chicago style.

Let's start with the good news.

Gusty southwest winds combined with some sunshine on Wednesday will allow our highs to soar into the 60s. A 70-degree high south of I-80 can't be ruled out. 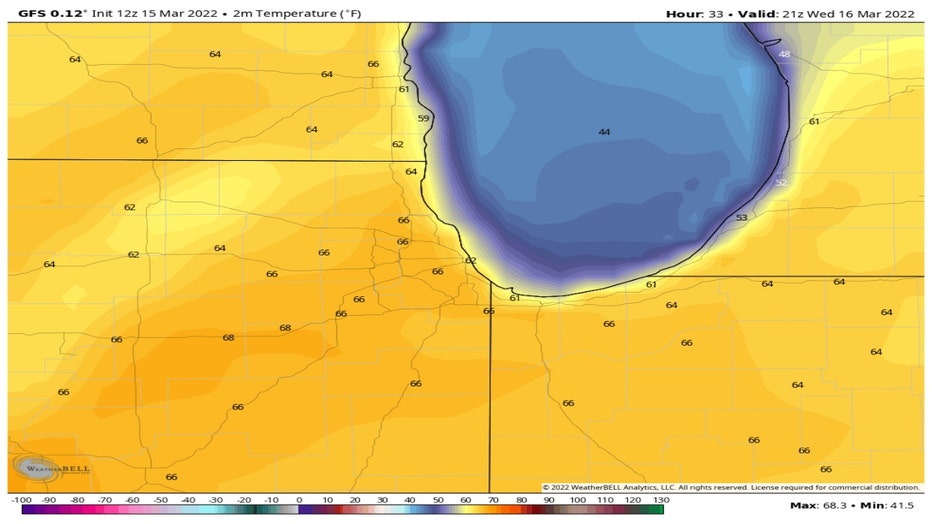 Highs on Wednesday will be 15 degrees to 25 degrees above average for most of the Midwest, central plains, Ohio Valley and New England. 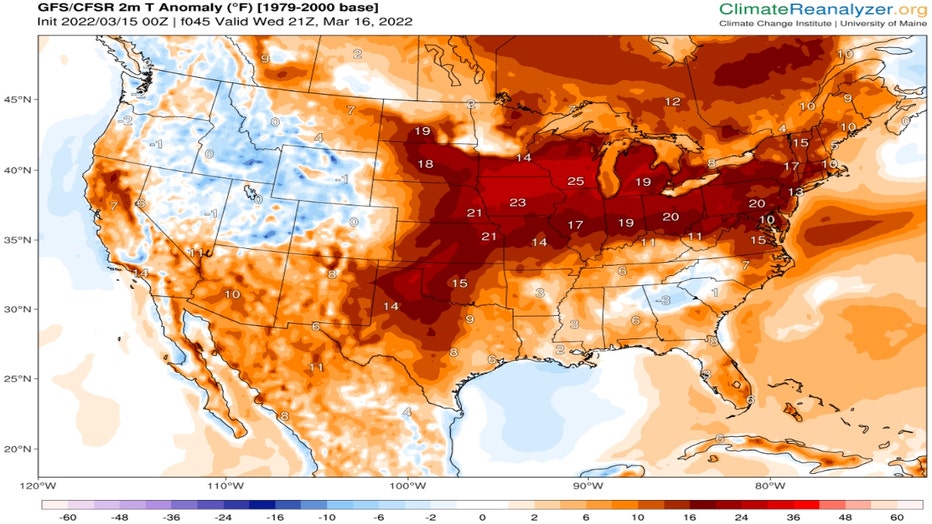 Even though Wednesday may be the warmest day we see for the next ten days, most of the remainder of this week and all next week should be above average. Average highs are in the upper 40s for the middle of March. The National Blend Of Models has us dipping below average on Friday but the other nine days of the forecast remain above average. 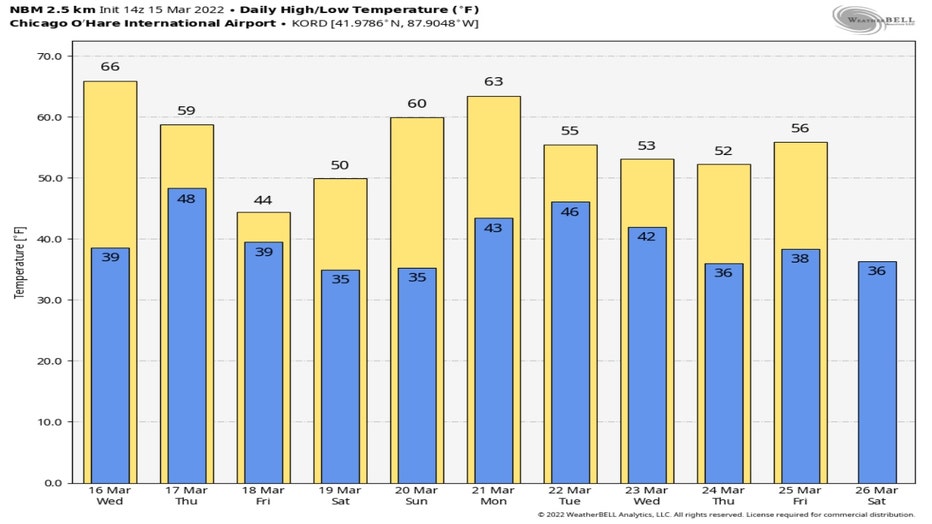 The signal remains strong for an extended warmer than average period overall through nearly the middle of April.

The 6-10 day temperature outlook has us "likely above" normal from next Sunday through next Thursday. The probability is between 70 and 80 percent. 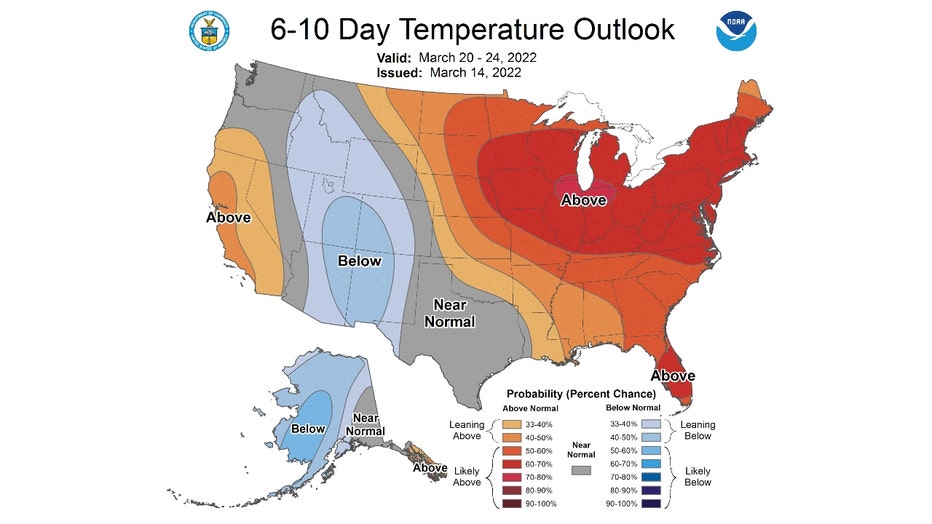 The 8-14 day temperature outlook has us "leaning above" normal from next Tuesday through the following Monday. 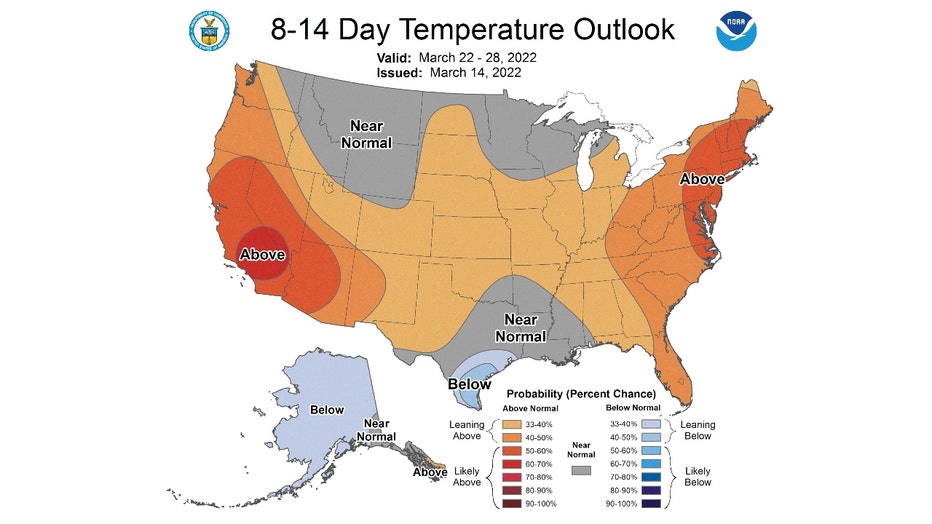 The Global Ensemble Forecast System keeps the strong warmer than average signal going right through the middle of April. The 35-day temperature anomaly forecast has us running about 5 degrees to 7 degrees above average here overall during the period. That doesn't rule out an occasional cooler than average day but suggests a rather warm five weeks is coming. 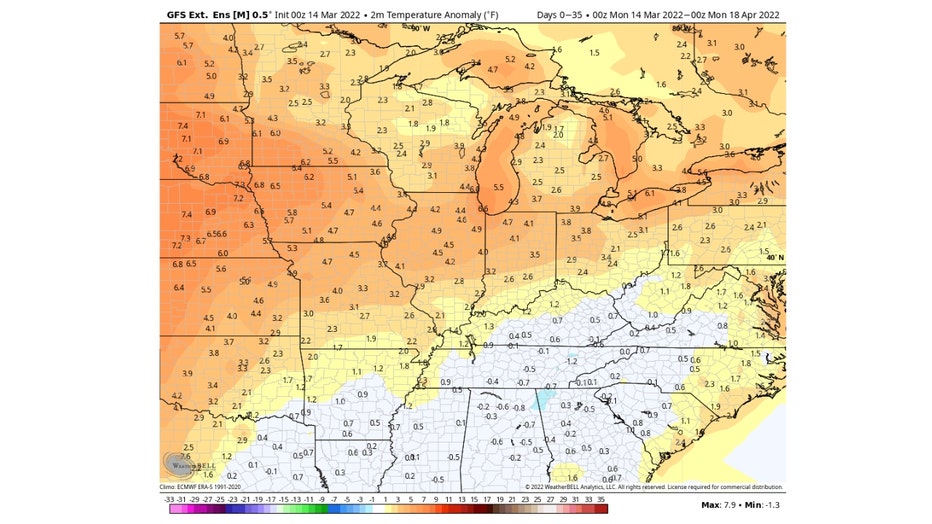 Now the bad news, at least for most of us. We could still squeeze out some sticking snow by Saturday.

Models are a long way from agreeing on how much so take the following forecasts with some grains of salt. The numbers continue to change and will undoubtedly change some more before the weekend. I think the numbers are a bit high today since the ground is fairly warm and a lot could melt initially.

The GFS Model lays down an inch or two of wet snow during the day Saturday. It drops over a foot of snow down in central Wisconsin. 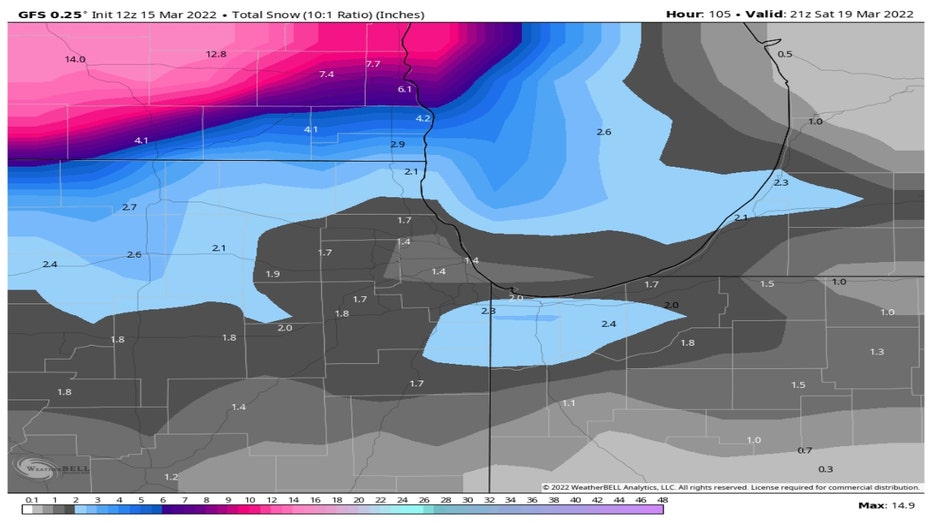 The European model is squeezing out less snow overall. It has our northern and northwest suburbs picking up around two inches but tapers off to a half inch or less for the city and most areas south of Chicago. It brings the snow in a bit earlier too. The model has snow falling Friday afternoon into Friday night. 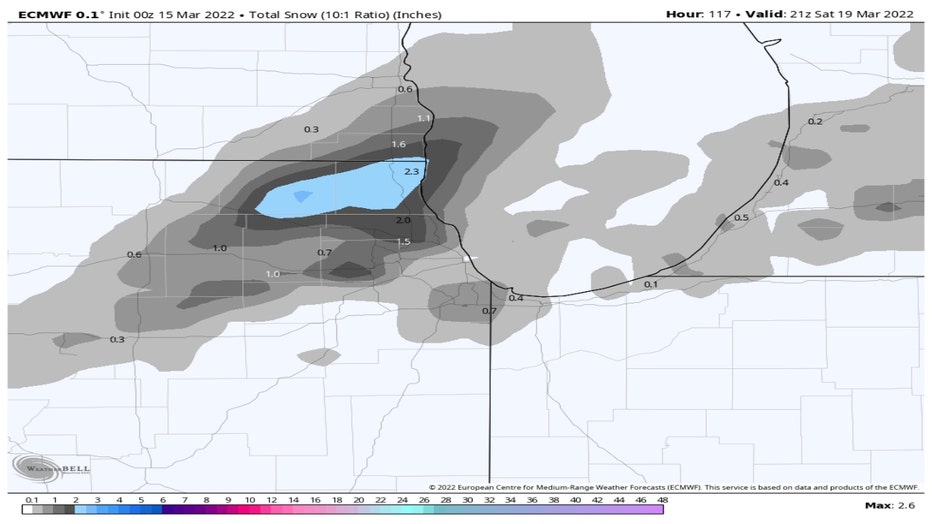 The ground will be relatively warm as the snow starts and temperatures warm above freezing Saturday and Sunday. So this spring snow may stick, but it won't stick around.