Chicago - Forecast models are nearly in consensus for laying down a swath of heavy snow across northern Illinois on Saturday.  The model range is generally from four to nine inches.  If we get more than 7.5" it would be the biggest snowstorm in over ten months.  That much fell in a snowstorm that hit February 14th through the 16th this year.  A cooperative observer measured nearly 18" of snow with that storm 3 miles southwest of Midway Airport. 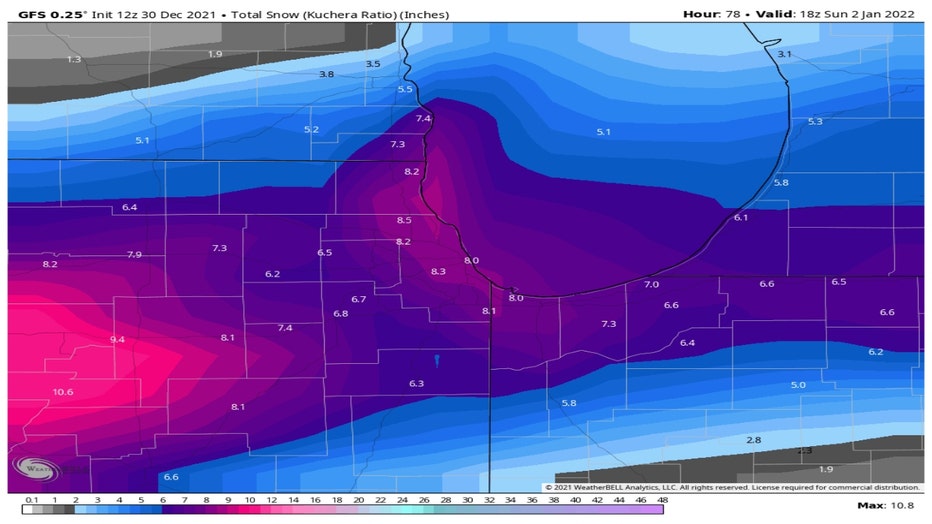 The GFS model (or sometimes referred to as the American model) is squeezing out six to nine inches for most of our area.  This storm checks all the boxes for essential components of a whopper of a weekend storm.  It should have strong dynamics and energy, plenty of Gulf moisture, lake-effect enhancement, contrasting air masses with unseasonable warmth in the southern flank of this storm and Arctic old on the northern flank. 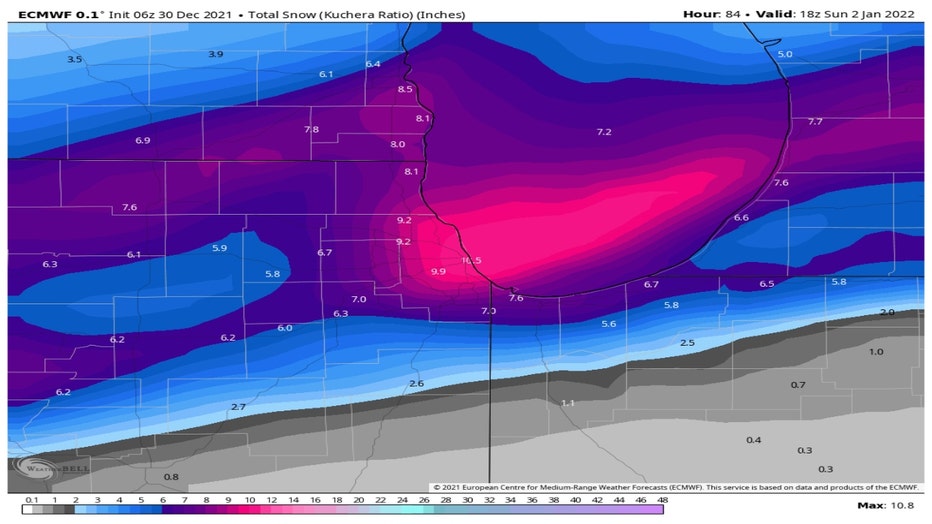 The ECMWF (European model) has a wider range of snowfall from as little as nearly three inches south of the city to nearly eleven inches in the Loop.  The lighter amounts south of the city reflect more of a mix there in this model's solution. 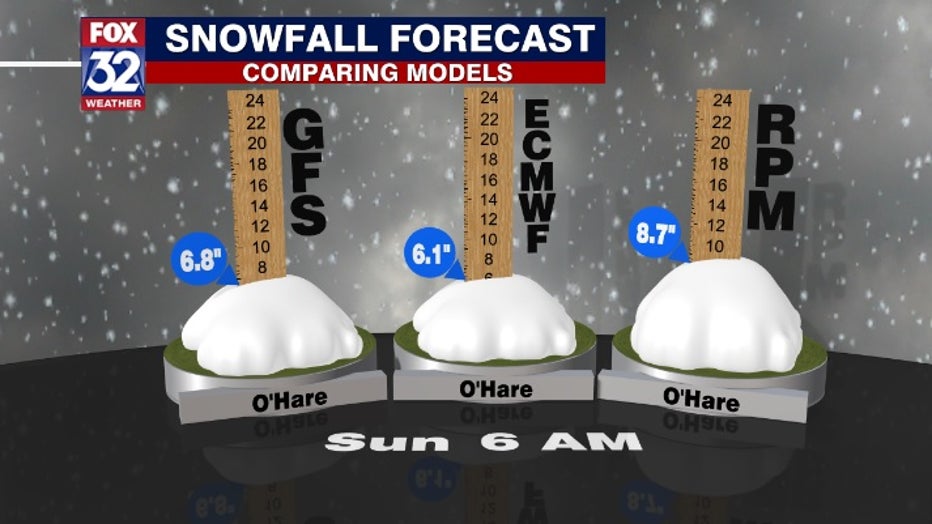 Our in-house model has even more robust snow totals.  The GFS and ECMWF suggest between six and seven inches of snow at O'Hare while the RPM has nearly nine inches falling there this weekend.

This storm could bring our snowfall for the season back to about average after setting the record for going the latest into December (28th) for our first measurable snow.  O'Hare has seen just under two inches of snow so far this winter which is about seven inches below average to date.

The heaviest snow should come down late Saturday afternoon into Saturday night.  A slight change in the storm track can have major ramifications in these totals so stay tuned!