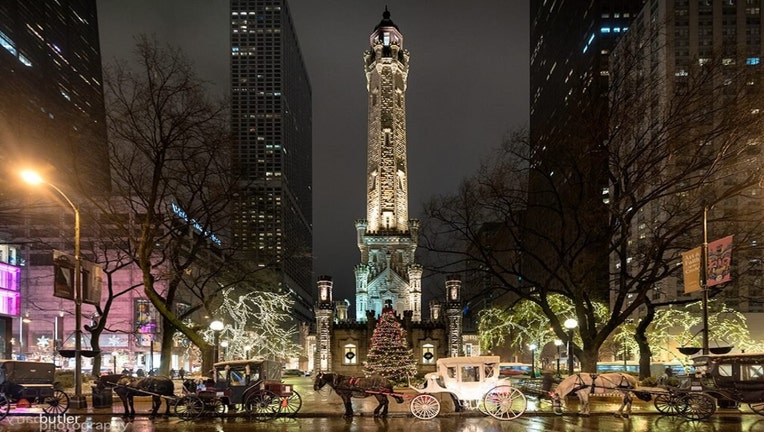 Chicago - Meteorological winter has begun. We wrapped up fall on Wednesday and started the new season on Thursday.

Check out Fox 32's Tim McGill's official forecast for the winter of 2022-2023. A couple of things are for certain. Of course, we will have some snow and some very cold days, but overall winters are changing in Chicago.

Temperatures typically start off in early December with highs hitting the lower 40s and then fall into the lower 30s by the end of the month. Average lows dip into the upper 20s early in the month and end up in the lower 20s by the end of December. These numbers have been changing though, especially over the past 50 years or so as our winters warm. 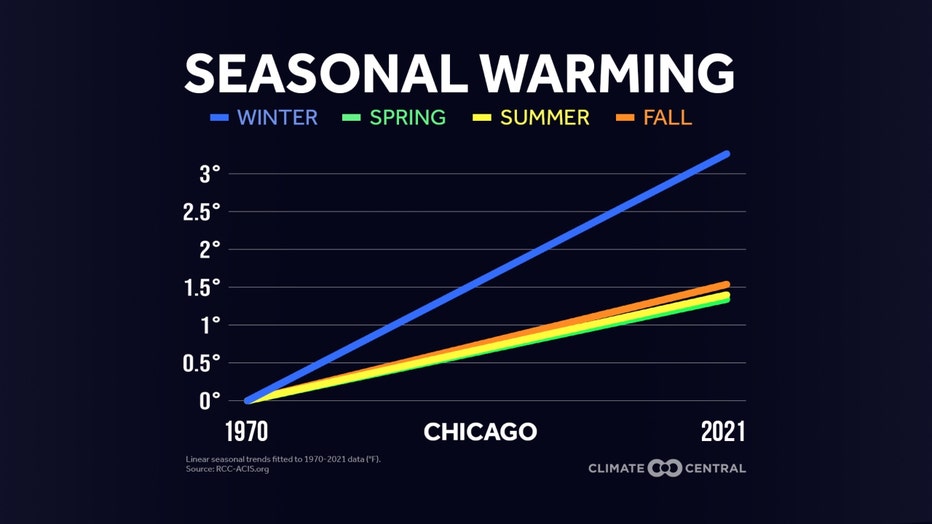 Winter is the fastest warming season of all four here in Chicago since 1970. Climate Central did an analysis of 247 U.S. towns and cities to see how much warming and how fast that warming has occurred in each location. 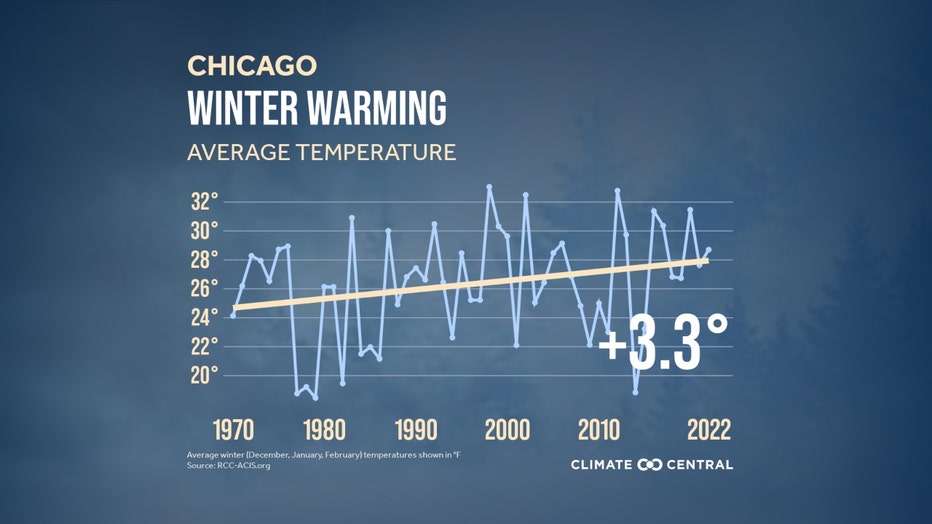 Chicago has seen its winters warm 3.3 degrees over the past 52 years. Nearly 97% of the locations analyzed saw in increase in average winter temperatures since 1970. The average increase for all locations was 3.3 degrees. Each individual winter will have its cold snaps and relatively warm stretches, but the overall trend is obvious. Winters aren't as cold now as they used to be. 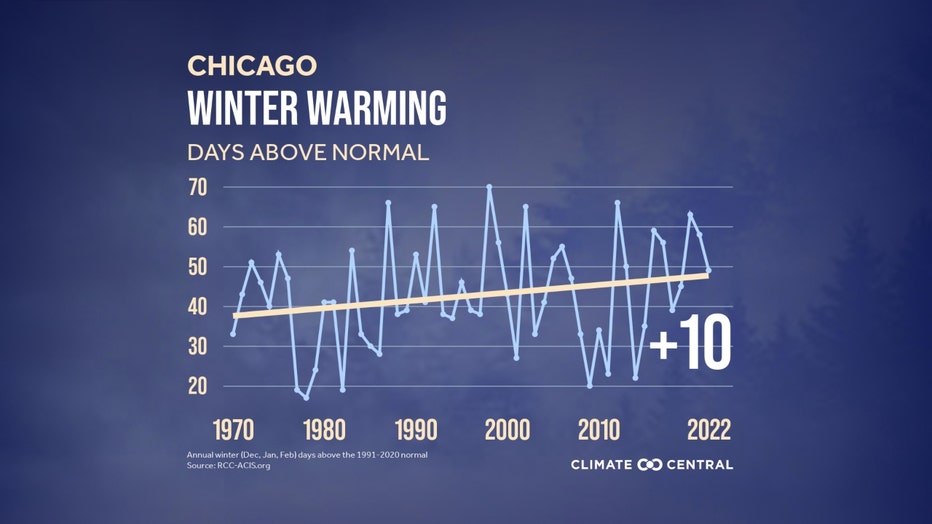 Our winter season has seen a substantial increase in the number of days above normal. They are defined as the days when the average temperature was above the 1991-2020 NOAA/NCEI climate normal. The current state of climate change insures us that we will continue to see a rise in above normal days. 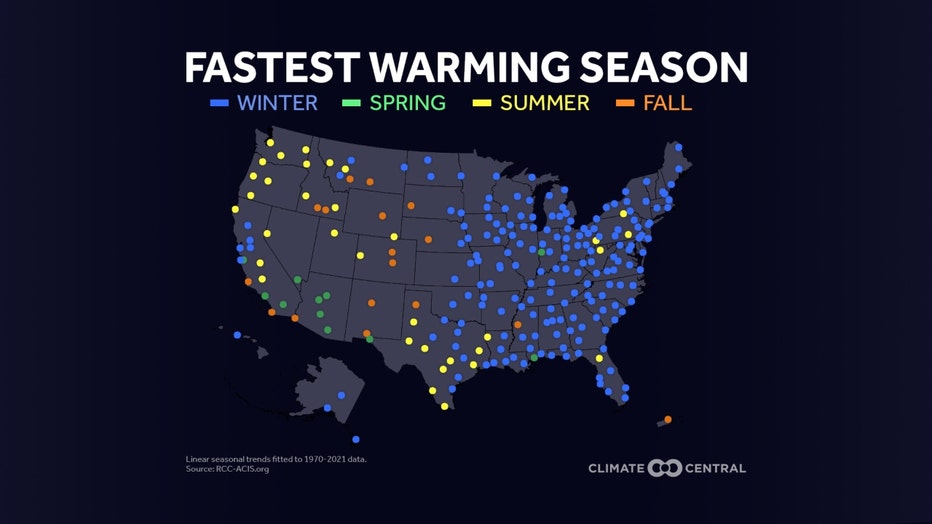 We aren't alone. Winter was the fasted warming of all seasons for 74% of the locations that were analyzed. Climate Central listed the following impacts from warming winters:

There were towns and cities from coast to coast that saw their winters warm the fastest of all seasons but most of the locations were clustered in the Midwest, Great Lakes and Northeast regions.