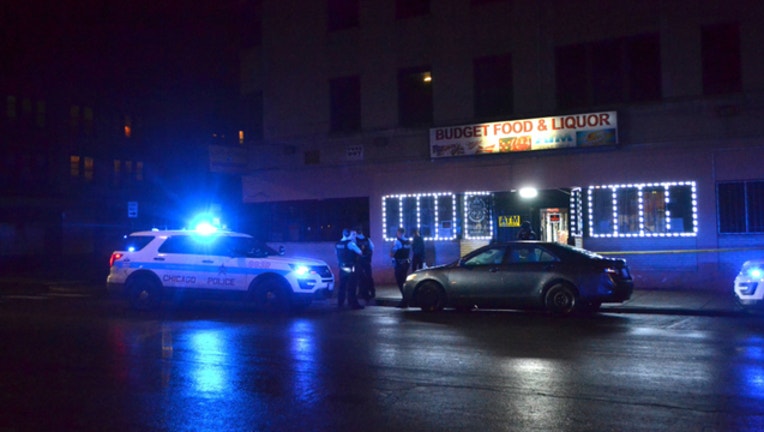 CHICAGO (SUN TIMES MEDIA WIRE) - One person was killed and seven others were wounded by gunfire between about 2 p.m. and 7:30 p.m. Wednesday in shootings across the city.

At 7:29 p.m., a 19-year-old man was killed in the Stony Island Park neighborhood on the Far South Side.

Demonte Johnson was shot multiple times at 7:29 p.m. in the 8600 block of South Euclid Avenue, according to Chicago police and the Cook County Medical Examiner’s Office.

Johnson was shot in the chest and abdomen and was taken in critical condition to the University of Chicago Medical Center, where he died at 8:16, authorities said.

The most recent non-fatal shooting happened in the Morgan Park neighborhood on the Far South Side where one man was wounded and another was taken into custody.

The younger man was shot in the hand. He was taken to Metro South Hospital and was later transferred to Christ Medical Center where his condition was unknown, police said.

The 36-year-old was taken into custody, police said. Charges were pending.

About half an hour earlier, a man was shot while standing outside in the Austin neighborhood on the West Side.

The man was taken to a hospital by a friend, police said. Area North detectives were investigating.

Three minutes before, a 16-year-old boy was shot in the South Shore neighborhood.

At 10:35 p.m., the boy was shot in the arm while standing on a corner in the 7800 block of South Essex Avenue, according to police.

He was taken to the University of Chicago Medical Center where his condition stabilized, police said. The boy told police he did not see any of the people who shot him.

At 8:57 p.m., a man was shot near the Wilson CTA station in the Uptown neighborhood on the North Side.

Multiple people fired in the direction of the 20-year-old as he walked with a group of people down the 1000 block of West Sunnyside Avenue, according to police.

He suffered a graze wound in his back and refused medical attention at the scene, police said. No one else was injured.

Another man was wounded in a shooting about 20 minutes before in the Austin neighborhood on the Northwest Side.

At 8:33 p.m., another male fired multiple shots at the 41-year-old in the 4800 block of West Wabansia Avenue, according to police.

He was taken to West Suburban Hospital in Oak Park with a gunshot wound to his foot. His condition had stabilized, police said.

An afternoon shooting left another man seriously wounded in the Austin neighborhood on the West Side.

Someone approached the 21-year-old about 1:40 p.m. in the 900 block of North Latrobe and shot him multiple times, according to Chicago police.

He was taken in serious condition to Stroger Hospital, police said. Area North detectives were investigating.

The first shooting of the day happened in the Lawndale neighborhood on the West Side.

He was taken to Stroger Hospital, where his condition was stabilized, police said.

On Tuesday, one person was killed and four others were wounded in city shootings.