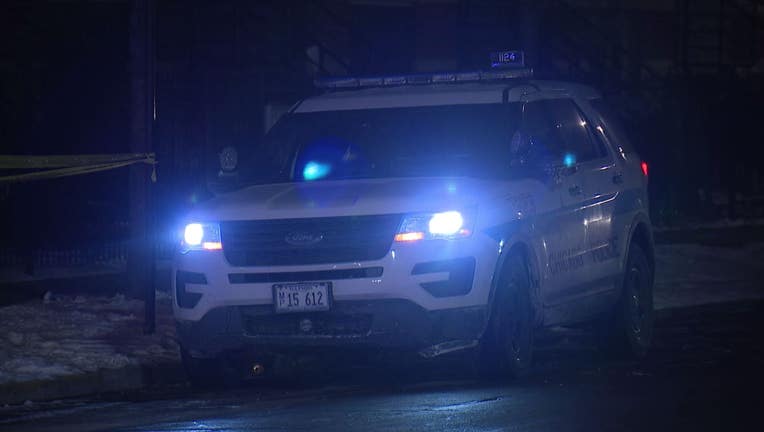 CHICAGO - Eleven children were wounded by gunfire over a weekend that saw 26 people shot in Chicago, including three fatalities.

She was walking with her friend, a 19-year-old man, at 12:14 a.m. in the 2900 block of North Harding Avenue when three males approached in a tan SUV and asked if they wanted to buy drugs, according to Chicago police. When they refused, someone in the SUV fired shots, hitting the girl in the foot. She was taken to Illinois Masonic Medical Center in good condition.

On Sunday afternoon, a 17-year-old boy was wounded in a Southwest Side drive-by.

About 2:30 p.m. the teen was in a vehicle traveling west in the 5000 block of West 63rd Street in Clearing when another vehicle pulled up to him and someone inside opened fire, police said. He was struck in the face but drove himself to Christ Medical Center in Oak Lawn, where he is listed as being in fair condition.

Earlier Sunday, a 16-year-old boy was shot on the South Side. He was walking at 3:14 a.m. in the 900 block of West 31st Street in Bridgeport when someone shot at him from a passing black sedan, according to police. He was hit in the leg and was taken to Stroger Hospital in fair condition.

At least three children were hurt in accidental shootings from Friday night to Saturday afternoon, according to police.

Friday night, a boy playing with a gun accidentally shot an 8-year-old boy and 12-year-old girl in Bronzeville on the South Side.

The child, whose age was not specified, found the gun and was playing with it about 10:20 p.m. inside a home when he shot the other two children, according to Chicago police. The 8-year-old boy was hit in the shoulder and hand while the girl was grazed on her arm. They were both taken to Comer Children’s Hospital in fair condition.

Police said it was unclear where the gun came from or who it belongs to. All three kids are related.

At 7:49 p.m., Friday, a 7-year-old girl accidentally shot her 11-year-old brother in Lawndale on the West Side.

The girl was handling a gun when it accidentally went off and hit her brother in the neck, police said. He was taken to Stronger Hospital in serious condition.

Saturday, a 14-year-old girl was shot in Little Village on the Southwest Side and a 15-year-old boy was charged in that incident.

About 1:15 p.m. she was with the 15-year-old, described as a “male acquaintance,” inside an apartment building near 24th Street and Troy Street. The boy was handling a gun when the gun fired, striking her in the cheek, police said.

She was taken to Stroger Hospital in fair condition, and the boy was taken into custody, police said.

The boy, whose name is not being released because he is a juvenile, was charged with a felony count of reckless discharge of a firearm as well as unlawful use of a weapon by someone under the age of 18, Chicago police said. He is due in juvenile court Sunday.

The incident in which the most people were hurt occurred Friday night at an apartment in Parkway Gardens on the South Side, where six people were shot, including three teenage girls.

The shooting started at 9:08 p.m. during a gathering inside the apartment and spilled out into the hallway in the 6500 block of South King Drive, according to police. A 23-year-old woman who was armed with a handgun was taken to Stroger Hospital in critical condition with gunshot wounds to the back, shoulder, head and abdomen.

A 16-year-old boy was also wounded in a shooting that happened Saturday afternoon in the Roseland neighborhood on the Far South Side.

The teenage boy was walking on the sidewalk about 4:52 p.m. in the 400 block of East 113th Street when a light-colored vehicle pulled up, police said. Someone inside fired shots, striking him in the thigh. He was taken to Christ Medical Center in Oak Lawn in good condition.

Early Monday morning, a man was fatally shot and two other people were injured at a CTA subway station in the Loop.

The shooting happened just after 2 a.m. in the tunnel connecting the Jackson Blue Line and Red Line stations in the 200 block of South Dearborn Street, according to police. One man was shot in the abdomen and chest and pronounced dead at the scene. Another was hit in the head and arm and taken to Northwestern Memorial Hospital in critical condition.

Chicago Fire Department officials said both men are in their 20s.

A 19-year-old woman was also shot in the lower backside and taken to a hospital in good condition, police said. Investigators think she was with the men but was not an intended target.

Another man was killed in a shooting about 3:05 p.m. Sunday in Dunning on the Northwest Side, police and the Cook County medical examiner’s office said. Erik Estrada, 30, was in the 6400 block of West Belmont Avenue, arguing with a male suspect who then pulled out a gun and shot Estrada twice in the torso.

Also, a 40-year-old man was found fatally shot Sunday night in Back of the Yards on the South Side.

Seven other people were injured by gunfire across the city between 5 p.m. Friday and 5 a.m. Monday.

Last weekend, nine people were killed and 14 others were wounded in Chicago’s deadliest February weekend in 18 years.