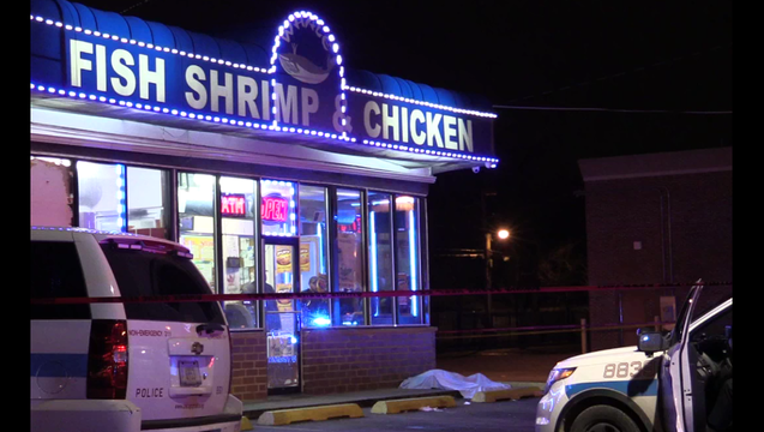 Chicago Police investigate in the 4900 block of West Madison, where a 32-year-old man was shot to death early Wednesday. | Network Video Productions

CHICAGO (Sun-Times Media Wire) - Two men have been killed and at least four other people were wounded in shootings Wednesday across the city.

The most recent fatal shooting happened about 11:30 a.m. in the North Lawndale neighborhood on the West Side.

Gerwancy Rambus, 40, was sitting in a vehicle in the 1100 block of South Richmond when someone approached and fired shots, according to Chicago Police and the Cook County medical examiner’s office.

Rambus, who lived about two blocks away in the 1100 block of South Mozart, was shot multiple times in the chest, authorities said. He was taken to Mount Sinai Hospital, where he was pronounced dead at 11:43 a.m. Police said he was a documented gang member.

Aurelio Guzman, 32, suffered multiple gunshot wounds in the 4900 block of West Madison in Austin, authorities said. Witnesses told investigators that another male walked up to the victim and opened fire, then ran away.

Guzman, of the 2200 block of North Lavergne, was pronounced dead at the scene at 2 a.m., authorities said. His body was seen lying on the ground outside the Whale Fish Shrimp &amp; Chicken restaurant.

The most recent nonfatal shooting happened about 8:30 p.m. in Englewood.

A 19-year-old man was in a vehicle in the 5800 block of South May about 8:30 p.m. when a gold Nissan sedan pulled up next to him and someone inside shot him in the left shoulder, police said.

He drove himself to the 900 block of West 57th Street, where he flagged down a squad car, police said.

He was taken to Advocate Christ Medical Center in Oak Lawn, where his condition stabilized, police said.

Seven hours earlier, a 45-year-old man was shot in the right side of the neck in the 800 block of South Kedvale, police said. He was taken in critical condition to Mount Sinai Hospital.

About 3:50 a.m., a man was shot in the Noble Square neighborhood on the Near West Side.

The 29-year-old was walking to his car in the 1100 block of North Milwaukee when he was confronted by another male, who pulled out a gun and opened fire, police said. He was shot in the abdomen, ankle and buttocks and taken in serious condition to Stroger Hospital.

Wednesday’s first shooting happened at 1:21 a.m. in the South Side Chatham neighborhood.

A 29-year-old man was shot in the wrist in the 1100 block of East 87th Street, police said. Two people he had argued with earlier, who had previously left, returned and fired shots before running away again.