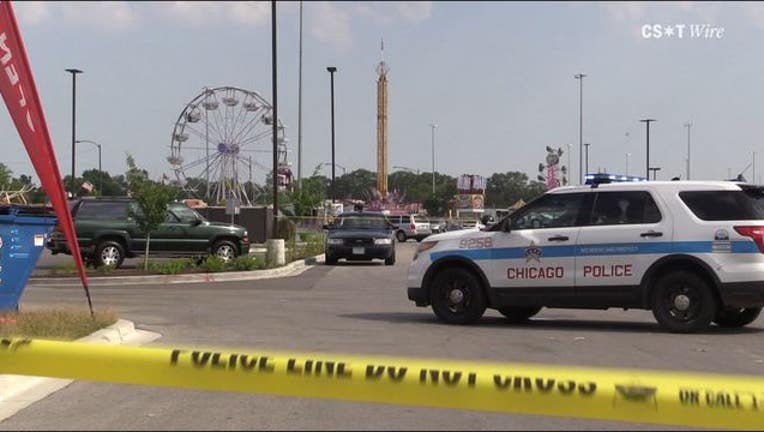 An outburst of shootings killed two people and wounded 20 others in the first 12 hours of the weekend, which began at 5 p.m. Friday and ended 5 a.m. Monday.

It’s the second time this year that at least 50 people were hurt in gun violence incidents within city limits during a weekend, but police said shootings in the first half of 2019 were at a four-year low.

A witness reported that an 18-year-old man was arguing with a male in an alley about 11:13 p.m. in the 6000 block of South Komensky Avenue, Chicago police said. The male pulled out a gun and fired several rounds before running off.

The man was struck multiple times, and taken to Christ Medical Center in Oak Lawn where he later died, police said.

A few hours earlier, a man was shot to death in Gresham on the South Side.

Andre Lyons, 32, was on a street about 2:05 p.m. in the 7600 block of South Aberdeen Street when an unknown person unleashed gunfire, police and the Cook County medical examiner’s office said. He was struck in the head and once in the back.

He was taken to Christ Medical Center where he died, authorities said. He lived in the same block where he was shot.

Near dawn, a man was found shot to death in East Garfield Park.

About 5:33 a.m., residents in the 3200 block of West Huron Street heard gunfire and then found Tavaris Trimble, 26, unresponsive in a gangway, authorities said.

The man had three gunshot wounds and officers recovered a weapon near the body, authorities said. He was pronounced dead on the scene.

Shortly after midnight Saturday, a 17-year-old boy was shot dead and a teenage girl was wounded in Lawndale.

Jarise Baker was shot in the upper body multiple times about 12:20 a.m. in the 1700 block of South Keeler, authorities said. He died the next day at Mt. Sinai Hospital. A 17-year-old girl was shot in the arm, and her condition was stabilized.

On Friday, another man was killed in the same neighborhood.

Henry Daniels, 52, was shot multiple times in the abdomen, leg and back and was taken to Norwegian American Hospital, where he died, police and the medical examiner’s office said.

The shooting happened about 7:20 p.m. in the 3200 block of West Walnut Street, authorities said.

In non-fatal gun violence, five people were wounded Saturday on the Near West Side.

The group was on the street about 2:32 a.m. in the 2400 block of West Jackson Boulevard when someone unleashed gunfire, police said. They all took themselves to area hospitals.

A 22-year-old woman went to the University of Illinois Medical Center with a gunshot wound to her leg, police said. Her condition was stabilized.

Four others went to Stroger Hospital, police said. Two 28-year-old men shot in the leg and back and a 54-year-old man hit in the back had their conditions stabilized. A 49-year-old woman who was shot in the chin is in serious condition.

Neither witnesses nor victims saw who did the shooting or know where the rounds came from, police said. Area North detectives are investigating.

A bullet struck the side of an apartment building on the street, but the man who was sleeping in one of units said he didn’t hear any gunfire.

“I was woken up by the police lights,” Giovanni said. He only gave his first name for fear of getting recognized by the large group of people he said gather on the corner nearly every weekend.

At least 47 others were hurt in gun violence incidents over the weekend.

Last weekend, four people were killed and 16 others were wounded in the first weekend of summer.