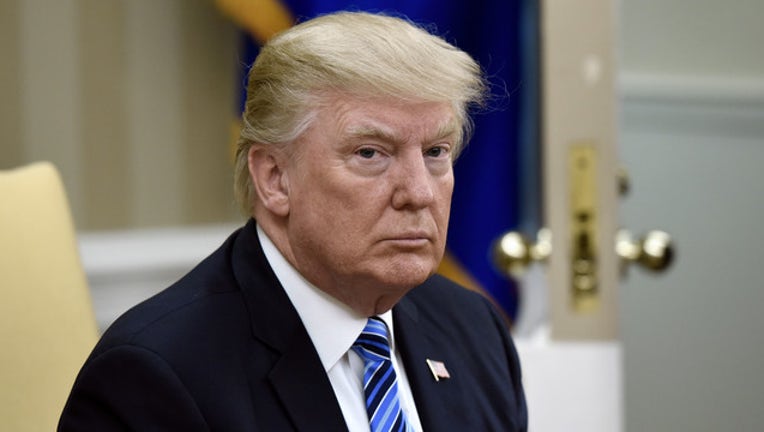 WASHINGTON, DC - JUNE 30: (AFP OUT) U.S President Donald Trump looks on during a meeting with South Korean President Moon Jae-in in the Oval Office of the White House on June 30, 2017 in Washington, DC. (Photo by Olivier Douliery - Pool/Getty Images)

The lawsuit was filed Friday in federal court in San Francisco and argues the new rules are against the law. Attorney Lee Gelernt says the regulations will put families in danger.

The suit seeks to declare the regulations invalid and want a judge to stop rules from going into effect while the litigation is pending.

The new rules were spurred in part by caravans of Central American migrants slowly moving north on foot, but officials say they will apply to anyone caught crossing illegally. Officials say about 70,000 people who enter the country illegally claim asylum.

The order invoked the same national security powers Trump used to push through his travel ban.