History of pumpkin spice in America

From pumpkin spice lattes to pumpkin-flavored doughnuts, it's clear the flavor is now an autumn staple of the American diet. (Photo credit: Anheuser-Busch)

This week brings the official start of fall, a farewell to warmer weather in the Northern Hemisphere to make way for fall foliage and all things pumpkin spice.

The autumnal equinox of 2022, also known as the September equinox or fall equinox, arrives on Thursday, Sept. 22, according to the Farmer’s Almanac. 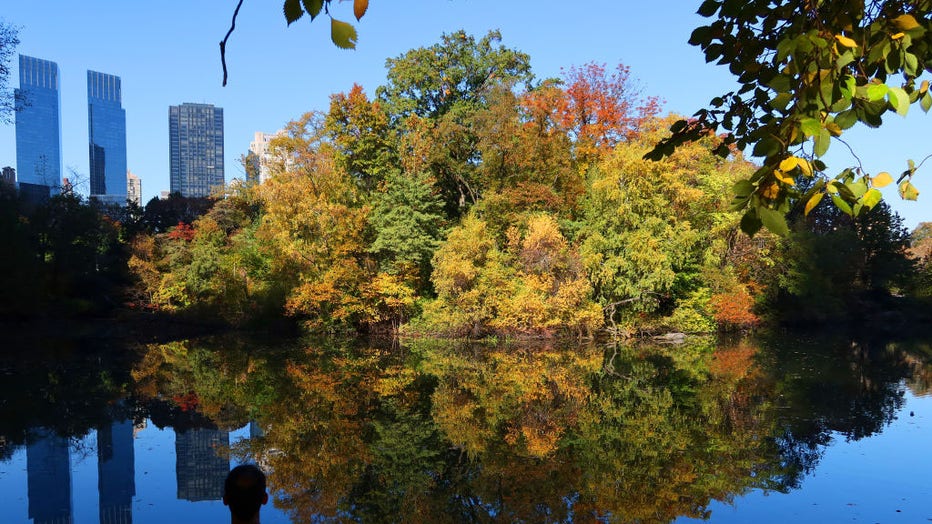 FILE - A person looks out at the fall foliage next to the Pond in Central Park on November 9, 2021, in New York City. (Photo by Gary Hershorn/Getty Images)

The autumnal equinox officially arrives at 9:04 p.m. EDT on Thursday.

During the equinox — which occurs twice per year — the sun crosses what’s known as the "celestial equator," or an extension of Earth’s equator line into space, the Farmer’s Almanac explains.

The autumnal equinox happens when the sun crosses the equator from north to south. The vernal equinox, or the start of spring, happens when it moves from south to north.

The full moon that happens nearest to the fall equinox is known as the "Harvest Moon." This year’s Harvest Moon peaked in the early morning hours on Saturday, Sept. 10.

Unlike other full moons, the Harvest Moon rises around sunset for several evenings in a row, "giving farmers several extra evenings of moonlight and allowing them to finish their harvests before the frosts of fall arrive," the Farmer’s Almanac states.

The word "equinox" comes from the Latin word aequus, which means "equal," and nox, which means "night," according to the Farmer’s Almanac.

On the equinox, day and night are roughly equal in length.

What is "meteorological fall?" 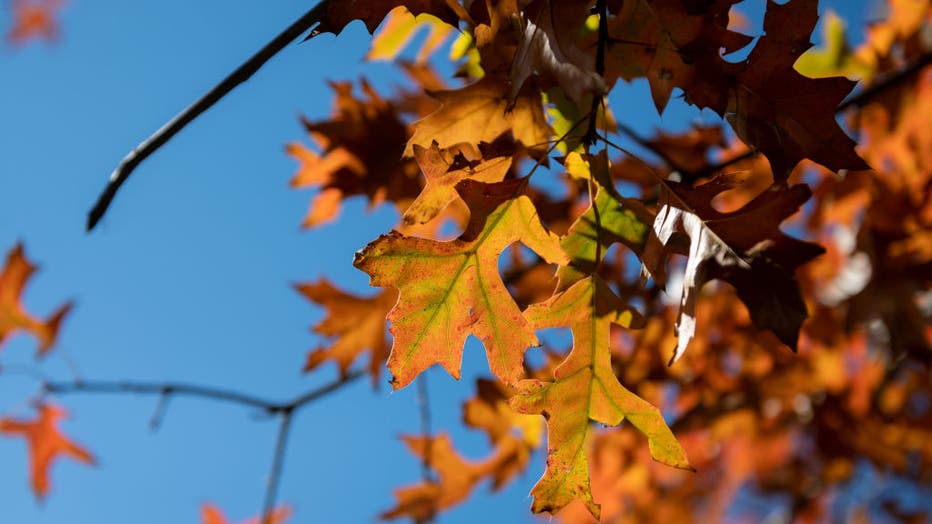 A view of an orange-colored leaf during the fall foliage in Central Park on November 10, 2021, in New York City. (Photo by Alexi Rosenfeld/Getty Images)

While fall doesn’t officially start until mid-September on the autumnal equinox, known as "astronomical fall," there is also a "meteorological fall" that began on Sept. 1.

Meteorologists divide the year up into four seasons based on the annual temperature cycle, while astronomers determine the seasons by the Earth’s tilt, according to the Farmer’s Almanac.

For example, fall for meteorologists begins Sept. 1 through Nov. 30. Winter starts on Dec. 1 and ends on the last day in February.

When will the leaves start to change colors?

How does weather impact fall foliage?

Fall Foliage expert Jim Salge on where in the U.S. fall will show off its colors.

As this part of the world moves into fall, temperatures won't be the only thing changing. The transition also marks the start of the changing of the leaves.

The annual fall foliage is highly contingent on the location and, in some areas, can start as early as late September and peak in either October or November, according to FOX Weather.

While the colors depend on the chlorophyll in the leaves, weather conditions during the summer and early fall can play a big role in how extravagant the sights are. The lack of chlorophyll can help reveal the sought-after yellow, orange and red colors, which usually are bountiful during rainier periods.

Large deviations from normal precipitation either on the dry side or the wet side can greatly impact the foliage season.

"The drought is a big factor this year. Where the drought is worse, the peak is going to be really quick, really fast, and the leaves are going to come down," Yankee Magazine fall foliage expert Jim Salge told FOX Weather.

"There are areas up along the Canadian border, all across the northern tier of the country, from Minnesota to Michigan to the Adirondacks, where the drought is a lot less severe. And we expect the colors to be bright and early, especially if we get some cold snaps coming down in September."

Experts say during a drier season, leaves tend to turn colors earlier and will end the process quicker than in years with more precipitation. 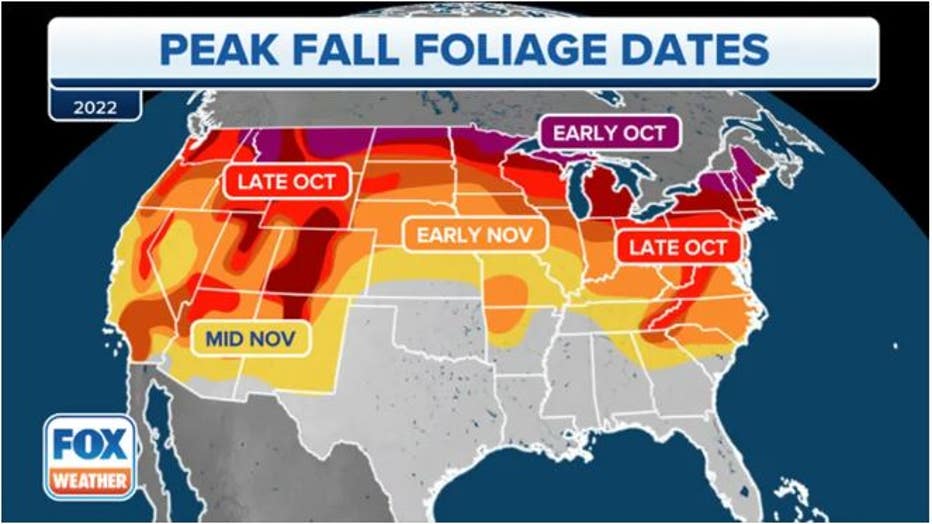 Most of the country will be in peak foliage season during October. In the lower 48, communities along the Canadian border will be the first to reach this status.

The peak foliage dates vary each year but usually fall within a couple of weeks of past episodes.

Mid-November is considered to be one of the latest dates to see a significant changes in leaves. Areas outside of the colored zones do not usually have a significant amount of trees that lead to brilliant colors.

This story was reported from Cincinnati. FOX Weather contributed.