An employee of the city of Chicago's Department of Streets and Sanitation is accused of trying to illegally sell an MP-40 automatic machine gun while on the clock.

CHICAGO - A Chicago worker and ward superintendent for embattled Ald. Jim Gardiner (45th) is facing weapons charges after allegedly attempting to sell a machine gun while on the clock as a city employee, but his attorney said Thursday the gun is not working and a family heirloom.

The office of Attorney General Kwame Raoul announced unlawful use of a weapon and official misconduct charges earlier this week against Charles Sikanich, 38, following an investigation by the U.S. Bureau of Alcohol, Tobacco and Firearms.

Judge Barbara Dawkins set Sikanich’s bail at $100,000. He was released from the Cook County Jail after his mother posted a $10,000 deposit, court records show.

"Seeking to illegally sell a dangerous firearm like a machine gun demonstrates at best indifference toward the public’s safety. However, to do so on government time using government property demonstrates a shocking disregard for the people government employees have committed to serve," Raoul said in a statement. 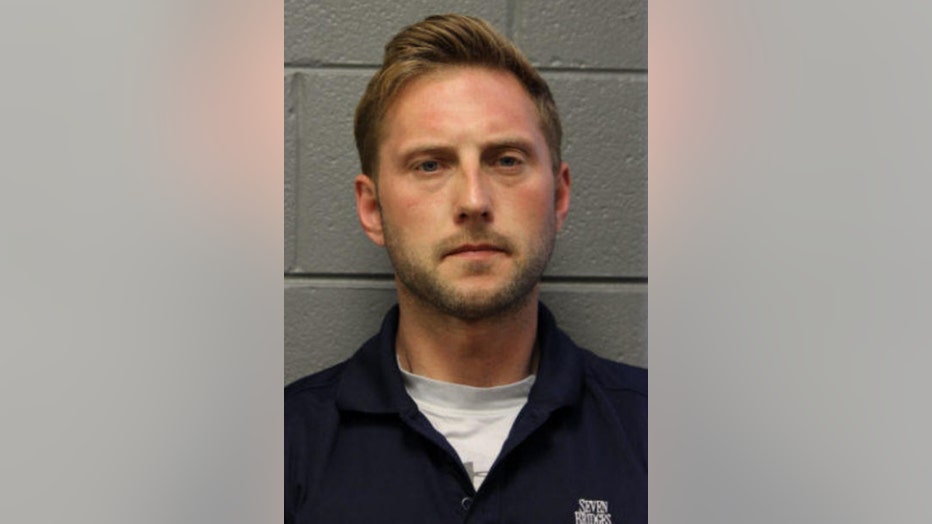 The case dates to 2020, when Sikanich, while at work, made plans to sell an MP-40 fully automatic machine gun to an undercover ATF agent, the attorney general’s office said. Agents staked out the meeting location and allegedly saw Sikanich arrive in a Department of Streets and Sanitation vehicle.

Sikanich told agents that his mother would complete the sale of the weapon, "as he hoped to avoid complications to his role as a superintendent of Chicago’s 45th Ward," the office said.

Sikanich wasn’t arrested till Monday, according to a police report. Officials didn’t say why there was such a long delay in the case.

His defense attorney, Blaire Dalton, on Thursday described the weapon as a "World War II firearm" that wasn’t working at the time it was seized last August. The gun had been plugged with lead and was a family heirloom passed down from Sikanich’s grandfather, Dalton said. In court, Dalton did not address the allegations that her client tried to sell the weapon while he was at work.

The charges are the latest legal troubles to befall Sikanich.

He and Gardiner were sued in 2020 in federal court by a construction worker who claimed he was wrongfully arrested and harassed after finding a cellphone that belonged to Sikanich, the Sun-Times previously reported.

Gardiner did not respond to a request for comment Thursday.