According to her lawyers, Annie Wheeler, 22, was walking back from her usual Blue Line CTA stop and was in the crosswalk by a building located at 1227 N. Milwaukee Ave. when she was struck by concrete that fell from the building.

CHICAGO - A senior at Columbia College says she was hospitalized for two weeks and had to have brain surgery after falling debris from a Wicker Park building struck her in the head on April 6.

According to her lawyers, Annie Wheeler, 22, was walking back from her usual Blue Line CTA stop and was in the crosswalk by a building located at 1227 N. Milwaukee Ave. when she was struck by concrete that fell from the building.

"It feels like my whole life did a somersault," said Wheeler. "I don’t really know where to go from here."

An ambitious and talented fine arts student, Wheeler was just weeks away from her college graduation. She had goals to start her career as a print-maker this spring, but now says she is no longer able to finish school and will be returning to her family's home in Michigan to continue her recovery. 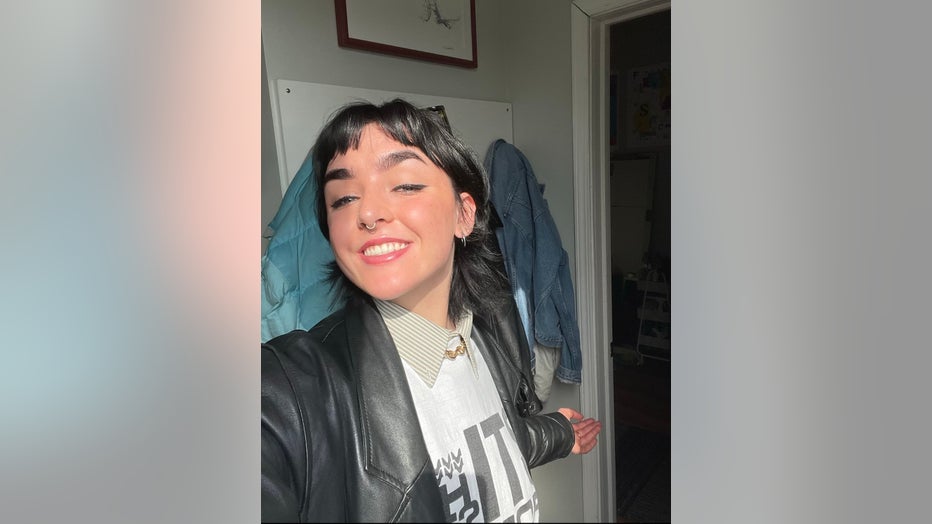 "What I know is this. My injury that day has completely uprooted my life and changed the trajectory of my life. This hurts far beyond the already intense physical pain, as my entire world is also changing now as I leave everything in Chicago, my circle of friends and my community and all the plans I had for my future. This tragedy at that building was clearly going to happen to someone. It was me," said Wheeler.

Wheeler has undergone two surgeries so far, and expects there will be more to come. In addition to a skull fracture, Wheeler still has a concussion. Doctors are also monitoring leaking spinal fluid. Additionally, her basic motor skills have been impacted.

Wheeler's law firm, Romanucci & Blandin, LLC, claims the "near fatal injury" could have been prevented and is likely the result of the building owner’s disregard for safety.

According to the legal team’s preliminary investigation, the Chicago Department of Buildings notified the building owner in March to erect scaffolding and make emergency repairs to the "crumbling" structure. Wheeler's attorneys say the owner appears to have taken shortcuts, which led to the injury. 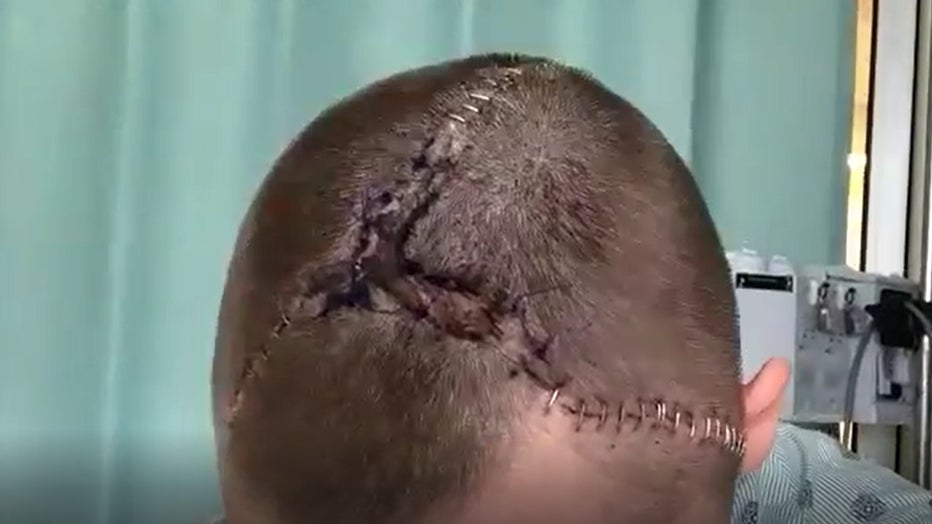 "There is never an excuse for a shortcut to safety and it was clear the owner did not make proper or timely repairs, leading to this needless and nearly fatal injury. This 22-year-old student is facing significant medical challenges and her life has been meaningfully changed because of this clear and utter disregard for safety," Founding Partner of Romanucci & Blandin Antonio M. Romanucci said in a statement.

Neighbors in Wicker Park say the building had been crumbling for weeks, according to the law firm.

"Some of those chunks were as large as couch cushions," said Bruno Marasso, partner with Romanucci & Blandin.

"If the owner of this property had taken the proper precautions, our client would be celebrating her college graduation in a few weeks and walking across the stage to get her diploma. The owner’s selfish negligence has taken that from her and it’s not clear what her future will look like. We are proud to fight for the justice this young woman deserves," said Marasso.

Wheeler was set to be released from the hospital on Monday. Despite her pain and trauma, she remains optimistic.

"I’m not a defeated person," said Wheeler. "I know I'll find my footing."

FOX 32 reached out to Chicago Scaffolding Inc. for a statement on this lawsuit, but as of Monday at 9 p.m., did not hear back.

FOX 32 also made multiple attempts to contact the building’s owner, but did not receive a response.