CPD has taken 284 guns off the streets so far this year, Supt. Brown says

CHICAGO - Chicago Police Department (CPD) officers may be losing faith in Superintendent David Brown as the city grapples with a bloody start to 2022, according to a local report.

The murder rate so far this year has exceeded the murder rates recorded over the same time periods in 2020, 2019 and 2018, according to Chicago crime statistics.

Chicago's top cop on crime: City has started this year better than 2021

One of four police supervisors who spoke to the Chicago Sun-Times on the condition of anonymity said Brown's "strategies and his efforts [and] the threatening of command staff shows a lack of leadership."

"I can’t think of one member of the command staff that is willing to back him," the officer said.

Mayor Lori Lightfoot tapped Brown to head the city's police department in April 2020 — a difficult time to take over leadership amid Chicago's first COVID-19 surge and just ahead of violent riots sparked by the May 2020 death of George Floyd. 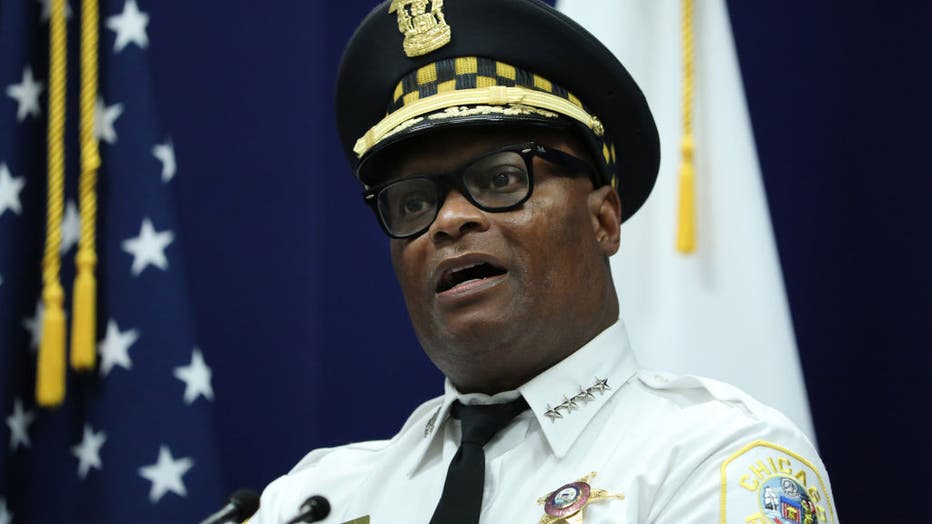 Also like other cities, the CPD is grappling with staffing shortages and low morale after two years of the pandemic and a national reevaluation of police departments, police tactics and police funding.

Another officer who spoke to the Sun-Times predicted there could be 1,000 homicides in Chicago in 2022 under Brown's leadership.

"We all agreed Brown was driving CPD into the ground. Zero confidence in his ability to lead the department," the source told the outlet.

Police supervisors also took issue with some of Brown's restructuring decisions, including moving 60% of tactical officers to patrol cars earlier this month and making personnel cuts to the department's Community Safety Team, according to the Sun-Times.

"The department has been in a constant state of reorganization since Brown arrived, which is evidence that he has no strategy and doesn’t know what he’s doing," one source told the outlet.

Brown said on Jan. 5 that 200 new detectives will be brought into the department this year, with 100 already in training. Additionally, the city is planning to promote another 100 officers to detectives in 2022. The increase will bring the total number of homicide detectives to 1,300.

The police superintendent also said there would be an increase in police cameras and license plate readers near expressways and retail locations to assist with the crimes. The department plans to expand its Carjacking Task Force efforts, as well as focus on the wellness of its police members.

Brown told reporters at the time that the goal of the new initiatives is "building trust, getting out of the squad car, getting out from behind the desk."

"That's the linchpin to solving all crimes, perceptions of crime, perception of safety and actual safety," he said.

The department received 7,200 applications last year from people hoping to become police officers, Brown continued. He hopes to double the number of applications this year.