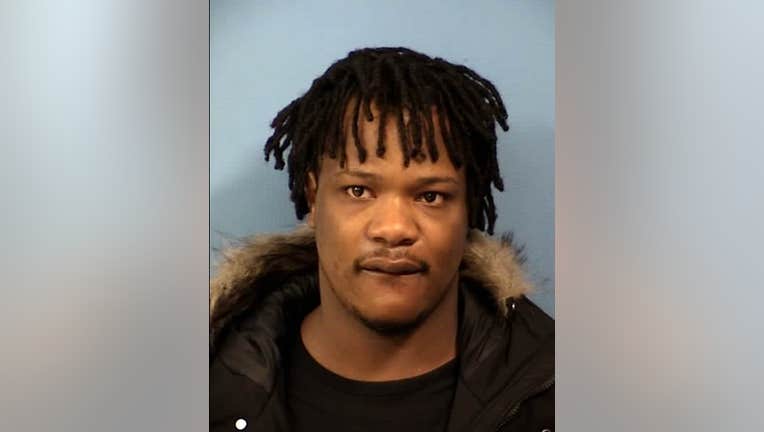 DOWNERS GROVE, Ill. - Bond has been set for the second of two Chicago men accused of attempting to carjack a woman at a Downers Grove gas station and robbing her of her cell phone.

At about 1:19 p.m. on Sept. 30, Downers Grove police officers were dispatched to the BP gas station located at 4313 Main St. for a call of armed robbery and an attempted carjacking.

Once officers arrived, they spoke to the victim and several other witnesses at the gas station, authorities said.

The victim was at the gas station when two people allegedly approached her. According to prosecutors, Butler was on the driver's side of the vehicle and Baugh was on the passenger's side.

Butler was allegedly holding a black handgun next to his face with the barrel pointed upward and demanded the victim's car keys and cell phone.

The victim then handed over her cell phone to Butler and ran toward the store, authorities said.

Butler allegedly entered the victim's vehicle, and Baugh pulled on the door hand of the passenger's side.

Prosecutors said Butler was unable to start the car and exited the vehicle. Both men then fled the scene.

Butler was taken into custody on Oct. 22 when authorities conducted a search at his home, authorities said.

Baugh was taken into custody on Nov. 2 from his home in Chicago.

"The apprehension of these two defendants sends the message that this type of random violent crime, that terrorizes our citizens and destroys communities, will not be tolerated in DuPage County and will be aggressively prosecuted," said DuPage County State’s Attorney Robert Berlin. "We are all thankful that the victim in this case was not physically harmed."

His next court date is scheduled for Dec. 1.

Butler's next court appearance is scheduled for Nov. 22.