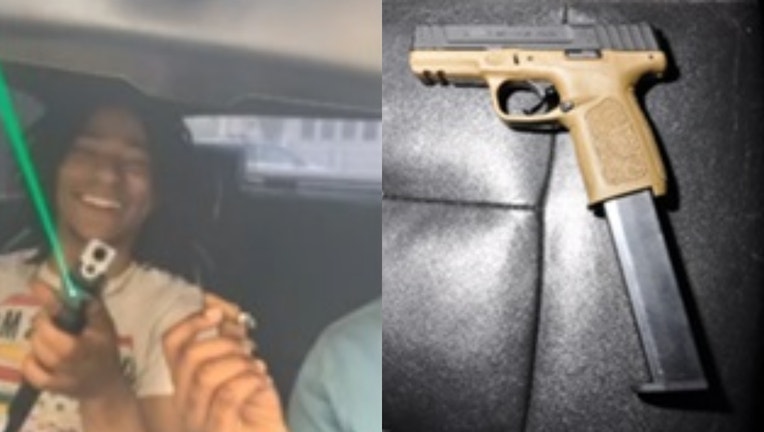 CHICAGO - A Chicago man has been sentenced to over five years in federal prison last week for illegally possessing a loaded handgun, and fraudulently obtaining a small business loan under the CARES Act.

Tyjuan Lighthall, 25, was riding in a vehicle in Rogers Park on Jan. 17, 2019 and was carrying a gun that was equipped with an extended magazine – capable of holding more than 15 rounds of ammunition.

Lighthall had unlawfully purchased the gun from a person in Indiana for $400, and as a previously convicted felon, he was not legally allowed to possess it.

Lighthall was then free on bond in the firearm case when he engaged in the COVID-relief fraud, prosecutors said.

In April 2021, he applied for a loan under the Paycheck Protection Program — which was a source of relief for small businesses.

Lighthall fraudulently represented to a lender that he was the sole proprietor of a business named "Tyjaun Lighthall," which did business under the name "Infinite 5 Creations LLC."

After the loan application was approved, the lender deposited $20,833 in Lighthall's bank account.

Lighthall pleaded guilty earlier this year to a federal firearm charge and admitted that he also engaged in the PPP fraud.

A judge sentenced Lighthall to 63 months in prison on Sept. 1.