CHICAGO - A 21-year-old mechanic nearly decapitated a co-worker at the Northwest Side auto shop where they worked and then hid the body in the trunk of a Cadillac, Cook County prosecutors said Friday.

Prosecutors didn’t provide a motive for the attack, and said Martin Molina and Felipe Villalobos-Calderon appeared to get along, the Chicago Sun-Times is reporting.

Molina was charged with first-degree murder after 42-year-old Villalobos-Calderon’s body was found in the trunk of a silver Cadillac, along with a shovel late Wednesday morning in the 2100 block of North Marmora Avenue.

Villalobos-Calderon, of Portage Park, suffered multiple deep cuts, including one to his neck that "nearly decapitated" him, Assistant State’s Attorney Kevin DeBoni said.

No security cameras were recording the inside of the shop, but shortly after the murder allegedly took place, several other employees arrived and found Molina covered with fresh blood. The workers also saw pools of blood on the garage floor near a hose that was used to wash blood down a drain in the floor, DeBoni said.

The first worker to arrive saw Molina covered in fresh blood and jokingly asked if he had killed someone, DeBoni said. Molina told his co-worker he had been in a fight and asked him to get his car and move it to a garage door at the shop, DeBoni said. Molina’s colleague agreed, but instead went to his own car and called Molina’s father and reported a fight at the shop to Chicago police.

Molina told that co-worker that he had hurt himself, but then refused to be taken for treatment when the man — who also noticed blood on the floor — became concerned, DeBoni said. That co-worker then allegedly saw Molina place a folded cardboard box into the trunk of the Cadillac before driving away. 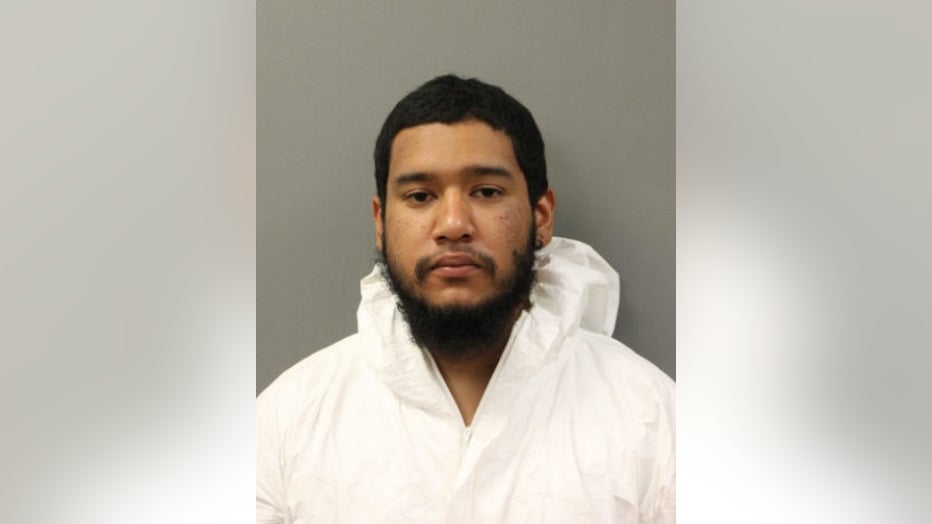 Molina previously suffered mental health issues and was hospitalized after a mental breakdown in 2019, but he has never been charged with an act of violence, an assistant public defender told Judge Susana Ortiz.

Molina said there had been a fight, which could have set off another mental breakdown, the defense attorney added.

Ortiz ordered Molina held without bail, but approved a request that he be placed at Cermak Hospital while he is held at the Cook County Jail.

Molina was expected back in court May 6.