Chicago brewery unveils 'great beer for a great cause'

A Chicago brewery will unveil a new beer this weekend to give people a taste of Ukraine and an easy drinking way to support that country.

CHICAGO - Chicagoans can now raise a glass of beer while raising funds for people suffering in Ukraine.

This weekend, a Chicago brewery is unveiling the results of a unique collaboration with a Ukrainian brewery.

From the first pour, the owner of Midwest Coast Brewing tasted trouble — the good kind, though.

"It was good. It was delicious. It was dangerously good for being 7%," said Suzie Compton, owner of Midwest Coast Brewing.

Yes, you’ll get 7-percent alcohol but 100 percent a good cause from the Ukrainian golden ale just added to the tap.

Compton and her husband own the West Town brewery. She was born in Ukraine, so she quickly jumped at the chance for a unique partnership.

"A brewery in Ukraine reached out to us and asked if we wanted to do a collab. We said yes," Compson said. "I'm Ukrainian."

But three days later, the war started and the brewery in Kyiv went silent.

But finally, a few weeks ago, the Ukrainian brewer was able to get out and travel to Chicago, where he  helped brew a traditional Ukrainian beer with a Chicago twist.

"He said, well, Chicago means onion, but we're not going to put it in a beer. But maybe we'll do coriander and so that's what we settled on. It's like our own little take on it," said Compton. 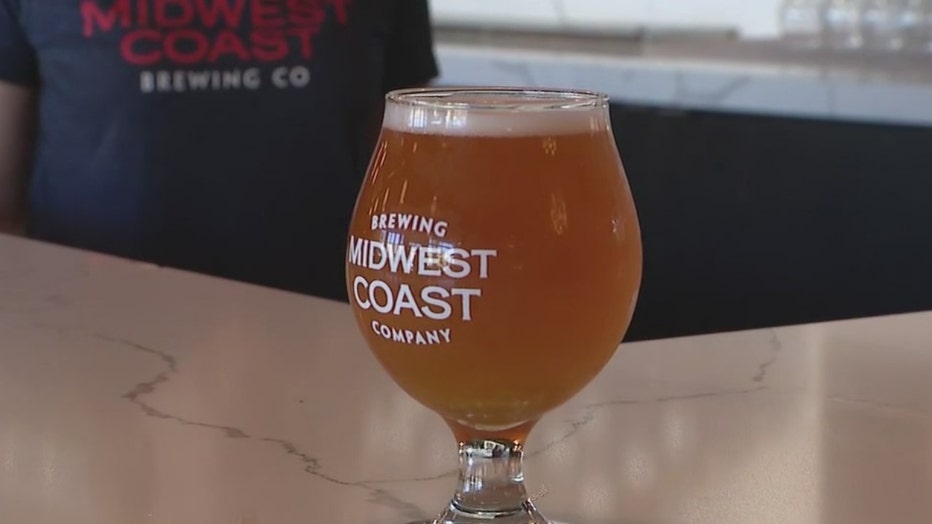 The brewery is holding a release party Sunday from 11 a.m. to 7 p.m.

Between beer sales and a silent auction, they hope to raise $5,000 which will go to two organizations helping Ukrainians.

"The fact that I actually can raise both money, but also awareness, and try and get this Ukrainian beer style may seem small, and it seems maybe a little bit silly, but it's also it's something Ukrainian people are very proud of," said Compton.

The kegs are ready and the beer has a fitting name — Peremoha, which means "victory" in Ukraine.

"They’re fighters and it’s incredible they’ve been fighting for so long and we hope it’s foreshadowing the future."

Chicagoans can toast to that this weekend.