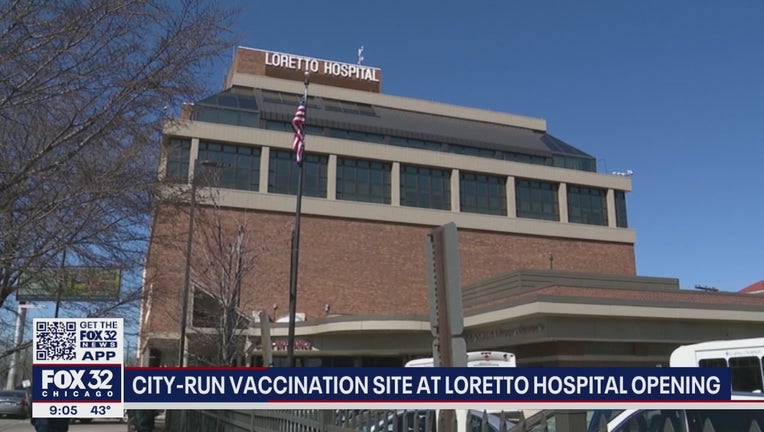 CHICAGO - The city of Chicago announced plans Friday to open a COVID-19 vaccination program at a hospital where vaccine shipments were paused after reports the hospital acted with favoritism in dispensing the treatment.

Officials say the Department of Public Health will operate a vaccination clinic at Loretto Hospital starting next week, which will increase vaccine access in the West Side neighborhood it serves.

"More than anything, our goal is to get this lifesaving vaccine to the residents of Austin and their neighbors on the West Side who have been disproportionately impacted by the pandemic," health commissioner Dr. Allison Arwady said in a statement. "Loretto has acknowledged there were problems with their previous vaccination efforts and apologized for their mistakes."

There are at least six alleged instances Loretto vaccinated people connected to the hospital’s executives, including support personnel at Trump International Chicago.

Operations at the new site will be managed by the city, with the hospital providing staff to administer the vaccine.

Loretto, which largely serves Black and Latino people, was chosen last year to administer Chicago’s ceremonial first COVID-19 vaccination as part of the city’s efforts to encourage residents in West Side neighborhoods to get vaccinated.