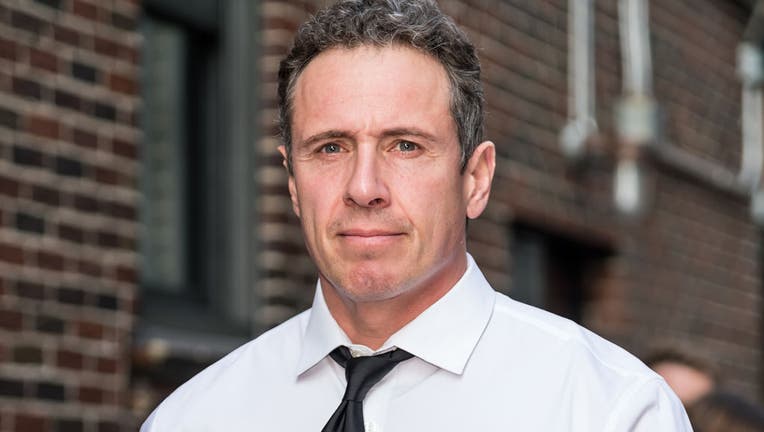 NEW YORK, NY - MAY 02: Television journalist Chris Cuomo is seen arriving at 'The Late Show With Stephen Colbert' at the Ed Sullivan Theater on May 2, 2019 in New York City. (Photo by Gilbert Carrasquillo/GC Images)

NEW YORK - Chris Cuomo wants an arbitrator to award him $125 million for his firing from CNN, alleging his bosses knew full well how he advised his brother, former New York Gov. Andrew Cuomo, and suggested they did the same themselves.

His filing seeking arbitration on Wednesday exposed more ugliness at the network, where Cuomo, CNN chief Jeff Zucker and his top deputy, Allison Gollust, have all been ousted in the past three months.

"It should be obvious by now that Chris Cuomo did not lie to CNN about helping his brother," said his lawyer, Bryan Freedman. "In fact, as the limited information released from Warner Media’s investigation makes clear, CNN’s highest-level executives not only knew about Chris’ involvement in helping his brother but also actively assisted the governor, both through Chris and directly themselves."

CNN announced Saturday that it has fired anchor Chris Cuomo for his role in helping his brother, former New York governor Andrew Cuomo, during a scandal.

There was no comment Wednesday from a representative for Zucker and Gollust. The spokeswoman, Risa Heller, has denied in the past that Gollust, a former press aide to Gov. Cuomo, offered advice or counsel to the governor while she worked at CNN.

During the height of the COVID-19 pandemic in 2020, Chris Cuomo interviewed his big brother on CNN nine times — a temporary lift of the network’s policy that Chris Cuomo not participate in stories concerning the governor.

In his filing Wednesday, Chris Cuomo said CNN leadership demanded the interviews even though he and his brother had expressed reservations about them.

He said that Zucker and Gollust tried to strengthen the network’s ties to his brother and pushed the New York governor not to appear on other networks. He said they requested the governor hold his daily briefings at a time CNN’s ratings needed a boost.

"Network standards were changed in a calculated decision to boost ratings," Freedman said. "When those practices were called into question, Chris was made the scapegoat."

Cuomo also dragged two former colleagues into his complaint, saying Don Lemon and Jake Tapper were never disciplined for incidents seen as ethical lapses — Lemon texting Jussie Smollett when the actor was accused of making false allegations of a racist attack, and Tapper allegedly offering advice to a politician.

Networks standards were "a moving target," modified as Zucker and Gollust saw fit, the former "Cuomo Prime Time" host said in the complaint.

With his journalistic integrity "unjustifiably smeared," Cuomo will find it difficult to find work in his field in the future and seeks damages of $125 million, the complaint said.

Zucker resigned under pressure earlier this year after it was revealed he violated corporate practices by not disclosing his romance with Gollust. She was forced out shortly thereafter.