A water main broke in Dixmoor Thursday morning, shutting down a road and marking the latest water woe in the beleaguered south suburban village.

DIXMOOR, Ill. - A water main broke in Dixmoor Thursday morning, shutting down a road and marking the latest water woe in the beleaguered south suburban village.

Wood Street between Thornton Road and 114th Street was closed around 11:15 a.m. as crews work to fix the broken water main.

The village had 10 water main breaks at the end of August, prompting boil orders and a two-day shutdown of nearby schools. 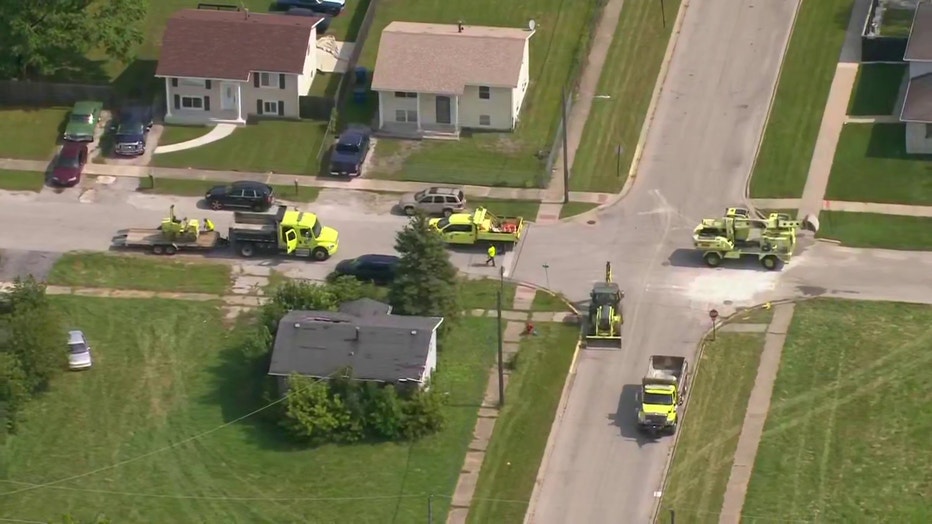 Some of the pipes that busted most recently were more than 100 years old and can’t handle full pressure, village president Fitzgerald Roberts said.

In the spring, the village received $2 million from the U.S. Army Corp of Engineers and Cook County for a new water main. However, that money wasn’t given to the village.

In Dixmoor, the leaks just keep popping up. There were five new water main breaks in the south suburb Tuesday, bringing the total number of breaks to 10 in just four days. The affected areas are under a boil order.

"The funds does not come directly to us. It goes to the people that's doing the project. So Army Corps of engineer, they're going to do a project on the other side of town. That's the side that feed the business and the trailer parks the mobile homes," said Roberts.

The village president applauds that project, but adds they need millions of dollars more because with century old pipes, this is going to keep happening.